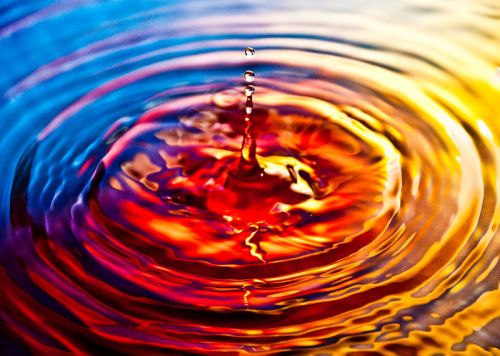 With water, when you drop, say a rock, into a pond, the water ripples outward in waves extending seemingly endlessly beyond the original point of impact in the water.

Similarly, with people, the way you treat someone, impacts them and others way beyond the original act of kindness or meanness.

I was reminded of this the other day by a colleague who told me about workers she knows that are so mistreated and they themselves suffer not only emotionally, but also in terms of health effects and so on. But more than that she told me, how when these people go home at night from work, it affects their relationships with their spouses who they fight with, with their children who they act abusively to, and even to their pets, as the old saying goes about going home and “kicking the dog.”

But like the waves in the Ripple Effect, it doesn’t end there, because then the spouse perhaps goes out and abuses drugs or alcohol, the kids get in a fight in school, and the dog goes and bites the neighbor, and so on.

While this is not a new concept, I think it’s something we don’t always have in mind when we interact with others, at work or otherwise.

We get so caught up in the moment, of whose right and wrong, of our own ambitions and honor, of the use and abuse of power, and so forth that we act out on others without listening to them, really empathizing with them, or generally giving a hoot what affect our actions have on them and those around them.

Too many people act like it’s the old paleolithic “us versus them” world, and in that world, where only one person walks away from a confrontation, people make sure that it is them and not the other guy.

But we are not cavemen any longer, and while there is nothing wrong with a little competition or managing a fair performance management system, we need to do it with a kind heart to others, being constructive, making sure others are really okay, and generally with respect and gratitude.

Nobody is perfect–not our staffs and not us, and the way we treat them may not seem all that important in the realm of the mission and our success, but it really is incredibly important because feeding people with good comes back many times over in terms of their loyalty, hard work, improved performance and how they in turn treat others.

Please don’t think that I am lecturing from a soap box, but I really see this as a struggle, especially for people in the workplace, where politics and power play an important role every day.