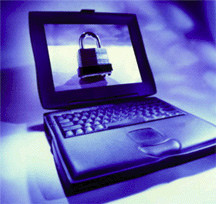 Good video by the The Washington Post (2 June 2012) on the importance and challenges of cybersecurity.

There are 12 billion devices on the Internet today and this is projected to soar to 50 billion in the next decade.

Cybersecurity is paramount to protecting the vast amounts of critical infrastructure connected to the Internet.

There is a lot riding over the Internet–power, transportation, finance, commerce, defense, and more–and the vulnerabilities inherent in this is huge!

Some notable quotes from the video:

– “Spying, intrusions, and attacks on government and corporate networks occur every hour of every day.”

– “Some sort of cyberwar is generally considered an inevitability.”

– “Cyberwar although a scary terms–I think it is as scary as it sounds.”

We all have to do our part to raise the bar on cybersecurity–and let’s do it–now, now, now.

One response to “Raising The Bar On Cybersecurity”