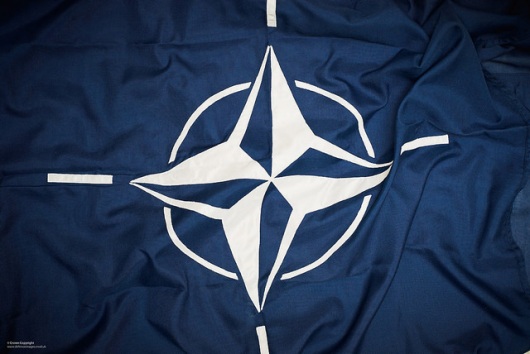 For months and months now, we’ve seen Russia aggressing against the West and NATO cowering in fear of an escalation.

Russia is the largest country on Earth covering 9 time zones and they are truly a formidable bear.

Recently, with the Russian blitzkrieg into Crimea, the West was taken by the surprise and the speed of the attack, as Russian helicopters, tanks, and soldiers violated the borders that were once Ukraine.

At the same time, Russia attack planes and subs have been probing the skies and waters of Europe, and NATO has been feebly attempting to intercept them over and over again–always on the defense.

Russia continues to upgrade their nukes and conducts nuclear games and brinksmanship, while the U.S. dismantles it’s Cold War arsenals according to previous START treaty.

Last week, with the U.S considering light arms for the Ukrainians, the Russians warned that would cause “colossal damage” to ties.

When the U.S. threatened to throw Russia out of the SWIFT payment system, we were warned, “Russian response — economically and otherwise — will know no limits.“

But as Lt. Gen. Frederick Hodges, commander of U.S. Army Europe, stated, “You can’t provoke them. They’re already on a path to do what they want to do.“

While Russian Spetsnaz are pulling their country identifying insignia off their uniforms to make the world hesitate, question, and cower at those behind the masks, NATO is still grappling with plans on how to put together a simple rapid reactionary force of just 5,000 soldiers to get themselves together within 48 hours and then 25,000 troops within weeks.

Uh, the battle or even the war may be over by the time our sleepy NATO gets it’s boots on and muskets loaded.

In the age of fiber optics and ICBMs steaming across the networks and skies, taking days and weeks to mobilize is b*llsh*t!

NATO cannot even get but 4 of it’s 28 member nations to maintain the minimum 2% contribution to defense, because once defense is treated as belonging to the commons, the attitude is just let the others worry about it or the U.S. will provide the fallback for all anyway.

While Russia only worries about Russia and moves in forward thrusts, NATO dances around trying not to get speared, because they theorize now it’s only Ukraine, Georgia, and Moldova, and so we don’t want to antagonize the bear and end up being it’s next dinner.

But the Great Bear is hungry for power and respect, and as NATO runs and pees it’s pants, the bear smells it’s prey and is in fearless chase. 😉