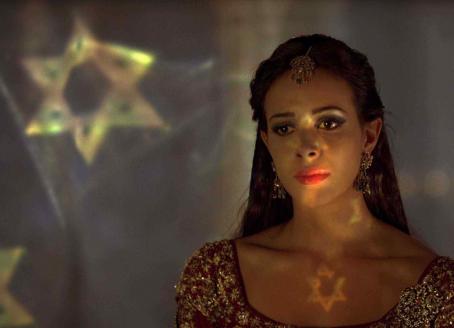 Last night my wife received an email from a very holy woman from our synagogue telling us to pray for G-d to save the Jewish people.

This at a time when Iran is on the verge of nuclear breakout capability and has for more than a decade threatened Israel with genocide.
As Prime Minister Netanyahu said yesterday, the threat from a nuclear-armed Iran is a security issue to the U.S. (which has been threatened by Iran, including unbelievably threats to President Obama’s family), but is a survival issue to Israel.
The holy lady from the shule reminded us that this is the week we celebrate Purim.
This holiday commerates when the Jewish people were miraculously saved almost 2,500 years ago from an evil plot to destroy all the Jews in ancient Persia (and yes, what is now related to modern day Iran).
The threat: “To destroy, kill, and annihilate all the Jews, young and old, infants and women, in a single day.”
But for a miracle from G-d through Mordechai and Queen Esther were the Jewish people saved from annihilation.
It is not lost of any of us that now Iran wants to exterminate the Jews once again, in a single day, in a single nuclear strike on the holy land.
The Jerusalem Post astutely points out today that Prime Minister Netanyahu is like Mordechai who recognized the threat of the evil Haman who sought the Jews’ destruction, as well as Queen Esther who spoke truth to this to King Ahasuerus.
Both my mother and my wife are named after the beautiful Queen Esther and so this holiday has enormous personal meaning for me, especially since my family are also survivors of the Holocaust.
Today, we are all praying for another miracle when Netanyahu addresses the U.S. Congress that the Jews should once again be saved from historical enemies old and new. 😉
(Source Photo: here with attribution to pixgood)