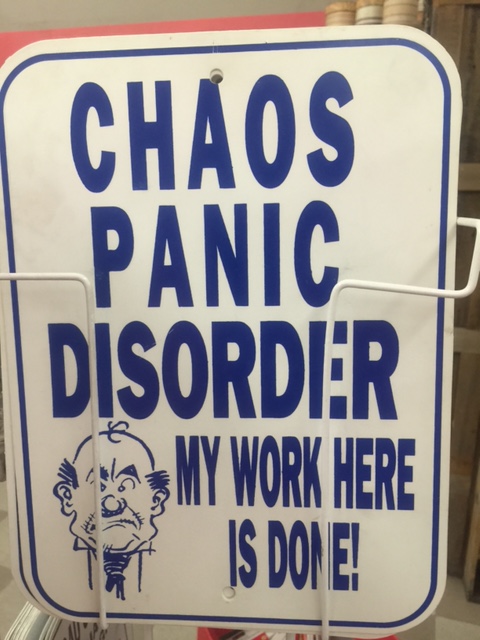 When I saw this in the store, I knew it was a true sign of the times, as they say.

When the government that is supposed to sustain order and usher in social and economic progress is dysfunctional and broken, instead we have:

Here’s some news highlights from just this last week:

SPREADING BASE OF WORLDWIDE TERRORISM

1) ISIS murdered 137 and wounded over 300 in suicide bombings at mosques in Yemen.

2) Al Qaeda / Islamic State killed 23 mostly European tourists and injured over 50 at attack on the National Bardo Museum in Tunisia.

3) Iraq’s battle to take back Tikrit from ISIS slows as ISIS continues to hold territory in Iraq and Syria larger than many countries–this after the last U.S. troops left Iraq in 2011.

6) Iran says “Nuclear deal within reach,” while their neighbors in the Middle East shutter and warn of impending nuclear arms race.

7) The Administration threatens to back United Nations against Israel, imposing a 2 state solution rather than a negotiated peace and security for the region.

8) U.S. economic forecast by the Fed was downgraded to just 2.5%, despite years of near-zero interest rates that were supposed to spark growth, but instead has simply driven stocks into overdrive and set us up for another bursting of the financial bubble.

10) 2014 as the hottest year on record and 13 of the 14 hottest years are in the 21st century so far, this as even Chinese officials acknowledge looming fallout ahead in terms of climate change and disasters.

If this is just one (more) week with the current breakdown of government,  those causing it all, as the sign states, can proclaim: