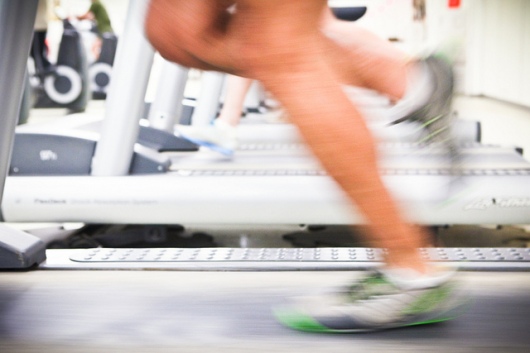 Dave Goldberg, the CEO of Survey Monkey (and the husband of Sheryl Sandberg, the COO of Facebook), died suddenly in a freakish accident falling off a treadmill and hitting his head.

Unfortunately, we hear all the time about these type of tragic occurrences to people.

And of course tragedy knows no bounds–so while sh*t happens everyday to people from all walks of life, we tend to pay more attention when it’s someone we know and love or when it’s splashed wildly in the news about fabulously successful people we admire and follow.

– Singer, John Lennon (40) shot in the back by someone he had autographed an album for.

– Martial Artist, Bruce Lee (33) died on a movie set from a cerebral edema.

Whether by a plane crash or car accident, drowning or fire, poison or electrocution, a criminal or animal attack, terrorism, war, or natural disaster, a heart attack, stroke, or cancer, through suicide, punishment, or mercy killing…regardless of the probabilities and statistics, many people never make it all the way to “a ripe old age.”

We feel bad, shake our heads, say a few words of sympathy perhaps, when we hear of these lives cut short.

But like the TV shows, Six Feet Under (HBO) or 1000 Ways To Die (Spike)–there are a near endless number of horrible ways to go–and they can take you at literally any time.

While we can’t stop living and just sit around worrying all the time about all the bad things that can happen, we do need to remember that anything can happen at any time (and these things are not so freakish after all)–no one is beyond the Angel of Death, no one should be arrogant, and we should make the most of every single moment that G-d lovingly grants to us.  😉