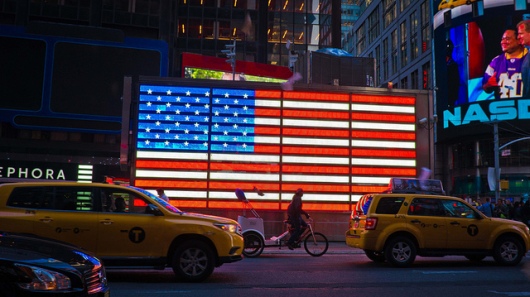 We all know how important voting is so that our voices are heard in the democratic process and we can help shape the direction of this great nation.

And this is especially the case when it comes to voting for the next President and Commander in Chief of this country.

A couple of  concerning things though about this election cycle that I am noticing:

People Not Policy – While elections in general always have their share of rambunctious slogans and exaggerated/empty promises, this election seems to be shaping up with a distinct focus on the people running for President (are they trustworthy, do they have good judgement, how much experience do they have, are they decent people) as opposed to what policies and ideas they have for where they would take the country. Certainly, character and integrity are critical in voting for someone for such an important position, but it seems to have sidelined policy from off of the main agenda. Moreover, the inclination to vote for someone based on their race or gender or presumed sympathy towards those also has upended real discussion on where we are and should be headed. Maybe you really like your candidate of choice, but are you fully satisfied (or close to it) that they have a big picture vision for our future and that they telling it like it is or are they sugarcoating to what they think their audience simply wants to hear, or in some cases is it just limited to a single policy thread or maybe little or no cloth for the emperor at all.

Questioning The Lineup – First it seemed with the election that people did what they always do, which is take sides and argue it out on the sidelines of the cacophony of all the electioneering. People would say, oh, I like this party and this candidate or that one or the other one–and people would debate who is the better choice. But now, this dialogue seems to have changed where many voters seem fed up with many (or even perhaps all) of the candidates. Some seem to be looking for new candidates to magically swoop in and “save the (election) day” or old candidates to show that they have different stripes. I have heard some question whether they will even bother to vote at all like this with all the negative campaigning or from whom they believe will be the ultimate candidates to chose from. Rather than people saying I like this one better for this reason, now I hear many asking which is “the lessor of the (presumed) evils.”

Considering the unbelievable power of the President of the U.S. and that we are talking about this for the next 4 or 8 years, it is scary for people to think they may have to somehow settle for less than the greatness that this position demands.

There are still many more months in this election season and things can take a lot of twists and turns, but hopefully the country will work its way to selecting the true best of the best that our candidates have to offer. 😉

(Note: This is not an endorsement for any candidate or political party.)