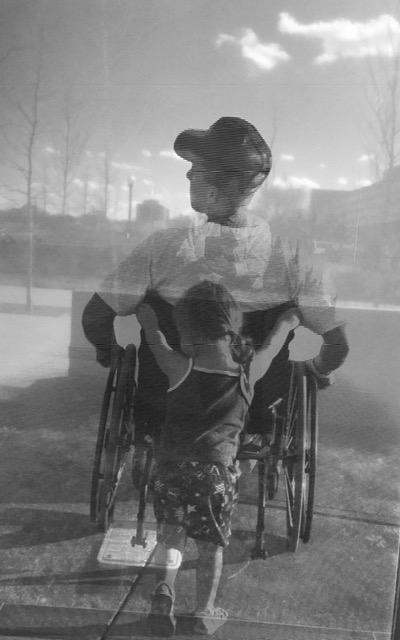 So coming home tonight on the Metro train…

Getting off from one train and going up the escalator to catch another.

Every night people literally race up the escalator to catch their next ride.

Some pushing their way on past the laggards.

Others yelling for the people in front to “move it!”

Tonight, there was someone riding up the escalator on a wheelchair and holding unto to both sides to keep the chair from tipping over or literally rolling down backwards.

(Usually the people in wheelchairs take the elevator and this was the first time I saw someone on the escalator riding it like this.)

So while I was expecting the people to start acting up on the escalator, running for the train on the platform.

Instead, when they got to the wheelchair, they stopped and silently rode up with deep respect for the person holding himself steady.

There wasn’t a peep or a shove.

I could see people missing their train, but they were thankful for their health and respectful of the man in the wheelchair.

Honestly, I was pleasantly surprised and proud that there is still some human decency out there and that is cause for hope. 😉