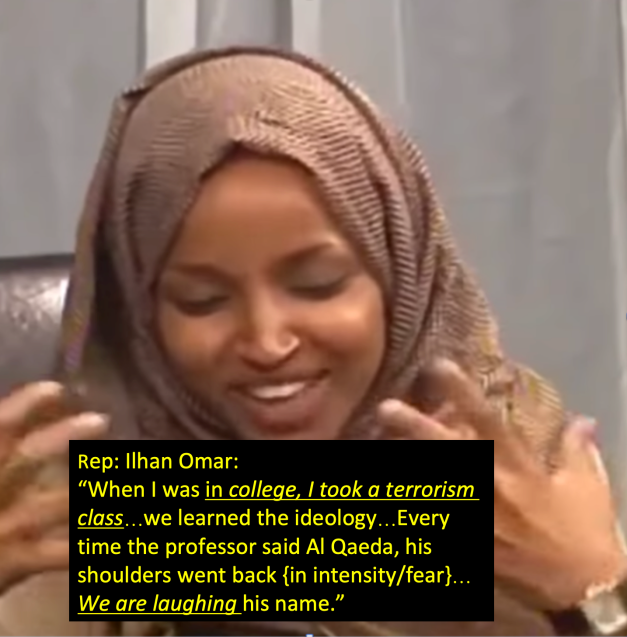 It’s time to stop defending this anti-American hate-monger who sits in the esteemed House of Representatives.

When I was in college, I took at terrorism class….we learned the ideology…Every time the professor said Al Qaeda, his shoulder went back {in intensity/fear}…We are laughing his name.

This is just one of many instances of her extreme callousness, like where she recently said casually about 9/11, “Some people did something“–that something which was a mass murder terror attack on American soil.

As we contemplate the hate-mongering of Ilhan Omar, we should think about what Luthern pastor, Martin Niemoller once cautioned:

This isn’t about left and right, but about hatred, bigotry, and racism at the highest levels, and we need to stand together against it. 😉