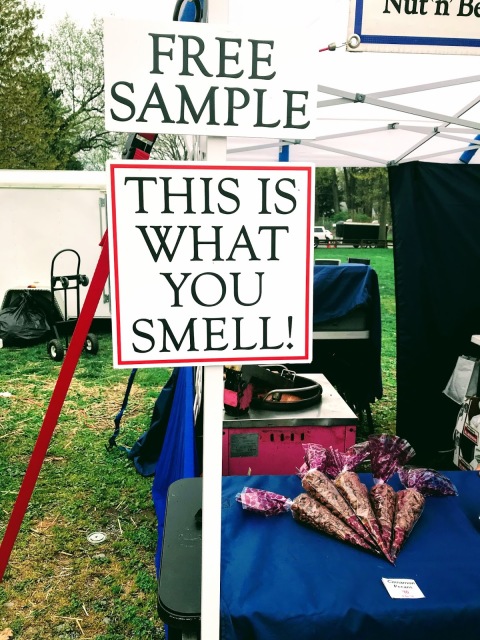 Great sign at the nut stand at Sugarloaf Festival.

“This Is What You Smell!”

Wow, did that smell nice.

I got a tiny bag of the pecans, and when I opened it, the smell and taste that hot cinnamon really took over.

Were there other smells present as well?

Probably, but I chose to focus on the cinnamon nuts.

The other smells will have to wait for their special sign and appropriate attention to deal with it. 😉