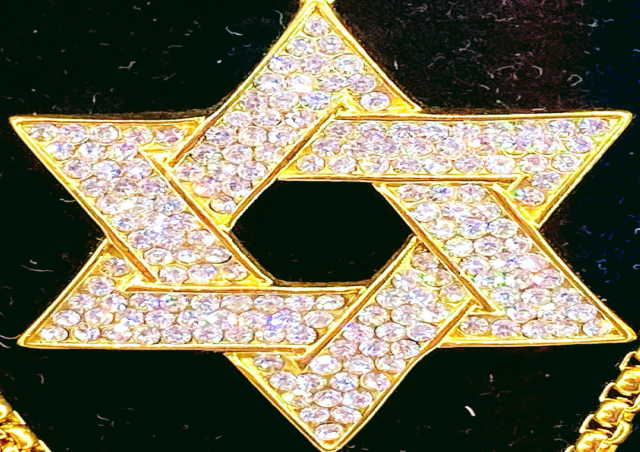 Yesterday, we went to see the new Adam Sandler movie, Uncut Gems….Ratner’s life is full of shlemazel of his own making. While he has a good wife, kids, and extended family (maybe with the exception of his loan shark uncle), a fancy-schmancy home in the suburbs with a newly renovated pool, his own jewelry business that even caters to some big-league sports players, and a shiksa girlfriend on the side (who seems to love him), Ratner is never satisfied or happy and is always pushing for more!

In the movie, Howard Ratner was driven by greed and made bad life choices, and to me, it was a shame that the he was portrayed as a Jew, which can feed the vicious cycle of discrimination and hatred that has often been anchored around money. With the vicious machete attack on Chanukah at a Rabbi’s house in Monsey this week (after a slew of other anti-Semitic incidents, including an attack on a student for wearing a yalmulke on the NYC Subway to beatings and tire slashings of Jews in Brooklyn), we are reminded that there is once again a resurgence of prejudice and hate against Jews, but also that it’s the light of Chanukah that “drives out the darkness,” and that money and materialism are a mere shabby substitute to finding true security and success whether you work in the dense NYC Diamond District or live in the sprawling suburbs of America.