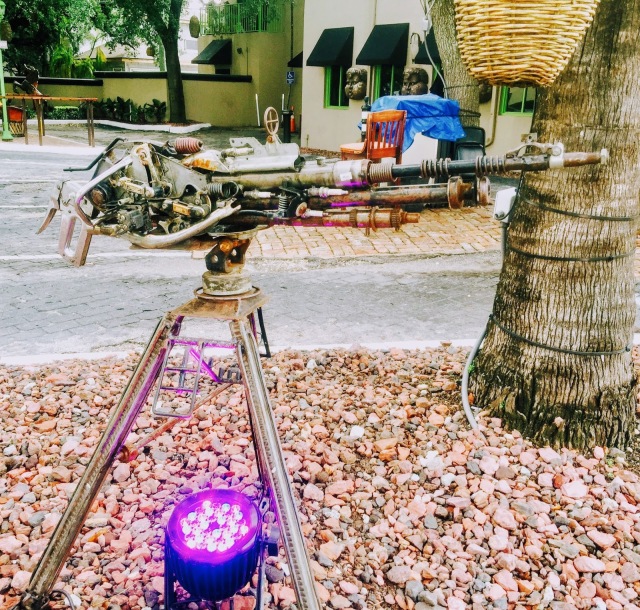 This is what the future for protection of innocents in this country looks like?

If you take away legitimate police and their efforts to protect citizens then this will force people to buy, build, and use even more weapons in their own self-defense.

Anarchy, chaos, lawlessness, and the wild west will be sure to take over as the new normal.

We don’t need more out of control gunslingers, gangs, and vigilantism battling for our streets.

Reform the police, protect the innocent people, and put the bad guys away. 😉

Peggy Noonan hit it right on the head in today’s Wall Street Journal.

The fear of giving up privacy, she said, is of a “massive surveillance state,” and this is not overblown.

The crux of this concern is that if Government (or I would add hackers) can intrude on citizen’s private communications and thoughts, then eventually people will self-censor.

As Noonan makes clear, violations of citizen privacy is not just a threat to the Fourth Amendment protecting against unreasonable search and seizure, but is a bona fide danger as well to the First Amendment guaranteeing free speech.

People should not be afraid to think critically and creatively because of what the government may do to them (and their families) for disagreeing with fraud, waste, abuse, special interests, and stupidity.

Rather, politicians should fear being criticized and not re-elected for violating the duty to rule justly and as true representatives of the people.

However, when government and politicians can listen in, see, and know what the lawful opposition in thinking and doing, then they are given virtually absolute power.

And absolute power does corrupt absolutely.

We should not change our underlying values of freedom and become a nation of routine digital interrogation of everyday John Doe’s.

Terrorists, traitors, anarchists, and hostile nation states should be pursued and given no rest or privacy from our intelligence, law enforcement, and warfighters.

But well-meaning citizens should be free to think, feel, and say what they believe in the best interest of the country.

Upright citizen’s should never have to fear an unjust government, but rather corrupt politicians should be concerned about violating the fundamental rights of the people.

At least two keys to good government are privacy and free speech. 😉