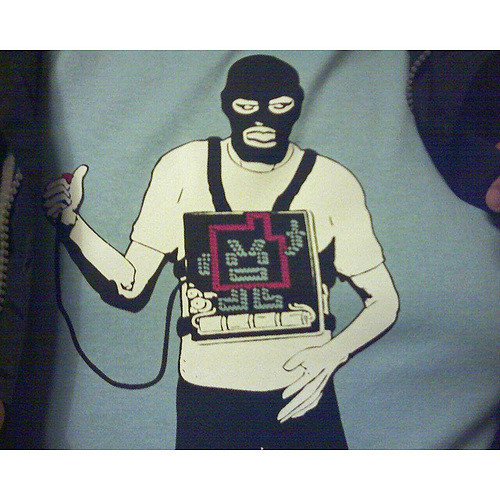 Sure there are terrorism scares that are just hoaxes, and generally-speaking, we feel quite protected by our nation’s values, wealth, and entrepreneurial spirit, by Homeland Security, and by being surrounded with the Atlantic and Pacific Oceans and our friendly neighbors Mexico and Canada.

So we can be very assured–no fear, right?  That’s what we need and want to function normally in every day life.

But perhaps behind the veil of daily bravado is a not-so subtle fear about something really bad happening again–whether a 9/11 or a San Bernardino or a Boston Bombing or anything in between or even possibly more extreme, including attacks on our critical infrastructure (via kinetic means, cyber attacks, or EMP weapons) or even attacks with WMD (from anthrax to nukes in suitcases)–there is certainly plenty of attack vectors, means, and bad actors.

It was interesting-scary, the other day, there was a video circulating on Facebook of a “radical Muslim”-like character with a turban or something distinctive (I can’t really remember) and carrying a backpack. In scene after scene, the character goes up to innocent bystanders and throws his backpack in their direction. The people didn’t know him or what was in the backpack or why he was throwing it in their direction. Yet, over and over again, the people jumped up hysterically in fear running for cover like there was very possibly no tomorrow.

Similarly, we watch on the news almost daily of terrorist attacks around the world–school attacks, beach attacks, restaurants and cafe attacks, theater attacks, grocery store attacks, house of worship attacks, funeral attacks, ambulance attacks…and there literally is no end to this list of what and who is considered a legitimate target by terrorists–we all are.

In the last couple of weeks, there was surveillance captured of Muslim women visiting a number of synagogues in Miami around the same time and asking questions suspiciously–could they have been staking these out for possible future attack, similar to the attack on a Jerusalem synagogue with butcher knives, axes, and guns that massacred people praying and in devotion to their maker?

In the last half a year, we have seen terrorism morph in Israel from volleys of missiles indiscriminately shot at cities, tunnels to attack and abduct, and suicide/homicide bombings to become up close and personal butcher knife attacks in the throat, chest, and back of victims old, young, man, women. Everyone who is available to kill is being called to martyrdom, even the most little children being indoctrinated to slash and thrust a knife into any unsuspecting victim.

So as we listen and watch the goings-on in the world and we say to ourselves those attacks happen in Paris and London and Turkey and Ukraine and Libya and Tunisia and Nigeria and Yemen and Lebanon and Syria and Iraq and Kuwait and Pakistan and Afghanistan and India and Indonesia and and and…but not [so much] over here.

We say it, and we hope it, and we pray it, but in the back of our minds we instinctively fear otherwise.

So while panic is certainly not helpful, perhaps phony bravado is not what is really needed either, but rather a renewed focus, investment, and commitment to our security–with more gates, guns, guards, intelligence, and advances in technology to stop the next attack(s). 😉

Just wanted to share this short video captured of vintage fighter planes flying over the Washington Monument in D.C. on Friday, May 8.

This was in commemoration of 70th anniversary of Victory in Europe Day.

My father (A’H) used to tell me about when he was in England during the war and the Nazi bombers would fly over and carpet bomb them in a blitzkrieg.

This happened night after night, and so adaptive as people are, they sort of got used to the bombardment, if that is possible to say.

After a while, instead of taking safety behind closed doors at home, people returned to go to the movies and dancing at night, even while the buildings next door were still being blown up–to the right and the left of them.

In the morning, those who survived would get up, and see what was knocked down and what still standing.

Hard to imagine living that way!

Now with new more destructive weapons (WMD, ICBMs, EMPs, etc.), we can only imagine that the destructive aftermath of WW II would be nothing in comparison to what a round III would be like.

It is crucial that we maintain our innovativeness and military superiority and not only offensively to defeat the enemy, but defensively so that we can stop whatever is coming at us whether a dirty bomb in suitcase, an ebola-type virus in an infected person or food, a drone carrying anthrax, or malware over the network.

We have come a long way in the last 70 years technologically, but the risk and stakes have also never been higher. 😉