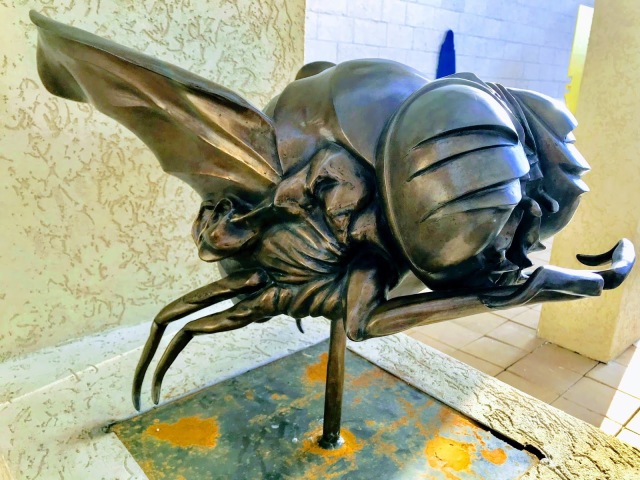 The element of surprise can overcome most defenses. This can happen whether through an insider threat or through new and stealthy technologies. Already in August 2018, two explosive-laden drones were used to attack the president of Venezuela, Nicolas Maduro. Similarly, last year, in the movie, Angel Has Fallen, we saw the president of the United States attacked by a swarm of drones. While this is a great threat in and of itself, I believe that the greater threat lies in the miniaturization of the drones, in some cases, drones with the size, shape, and function of insects.

Unfortunately, Yigal Amir used the element of surprise to assassinate the prime minister of Israel. Now there are other high-tech threats like miniaturized, weaponized drones. There is no excuse for us not to be on the lookout for and to be prepared to defend against these, so that our leadership and our democracies are duly protected. Surprise is a big advantage in warfare, but we must be one step ahead, so that we are prepared to defend against these as well as to turn the tables and effectively employ the continued element of surprise against our relentless adversaries. 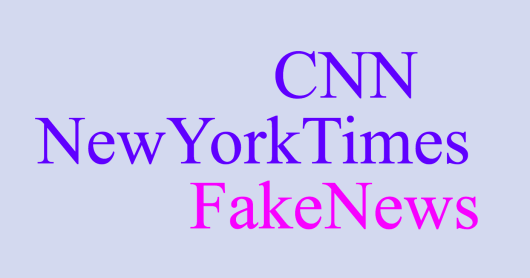 So it’s not supposed to be this way.

While of course, there is a media bent, it’s not supposed to be a downright bias–the media’s job is to report the news, not take absolute sides.

Yet these days, the alt-left media seems most hell bent on incessantly attacking the President and working to delegitimize him.

And the President is calling the news media, “the enemy of the American people.”

Russ Limbaugh commented: “The media did not make Donald Trump and they can’t destroy him.”

It started with the election when biased media outlets “ordered employees to destroy Trump“and tried to convince Americans that he absolutely couldn’t win.

And only 4 weeks into the now Trump presidency, they are calling that “Congress should impeach Donald Trump.”

What type of Democracy is this?

For eight years, Obama ruled and the media glowed bright with near endless praise–even when things went very wrong, the media played the Secret Service and took the bullet shielding Obama’s every move.

Now with the Trump, the media is no longer the Praetorian Guard, but the the assassin in waiting–plotting and maneuvering for their chance to fire the fatal shot.

Will it be Flynn, the Russians, the Islamic Terrorist immigration ban or something entirely else.

The media has the people’s ears…they can spread the news or seed gross and even malicious propaganda.

While Trump wants to put America First, many media outlets are instead looking to put Trump out to his final pasture.

When they are targeting the President in such a merciless and endless barrage of negativity and hate, can even President Trump survive?

While the alt-left media–with funding by billionaire George Soros–kicks and punches away with every article and news segment, it’s our democracy that is surely taking the power beating and dying the death of bias and overthrow. 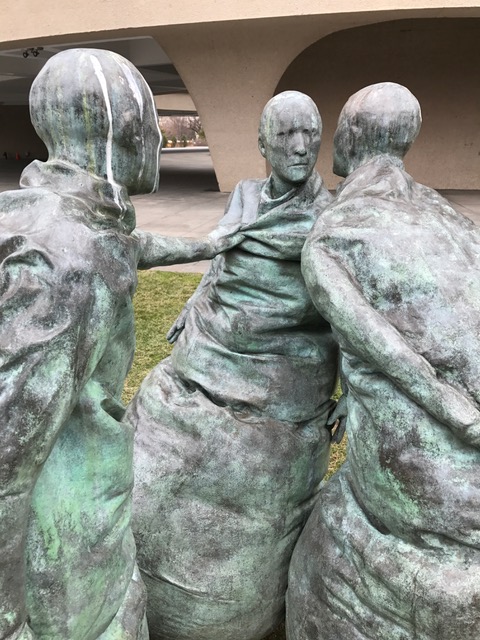 So the way the alt-left are fighting it out with President Trump…with violent protests, riots, marches, insults, beatings, fires, broken windows, and sheer contempt,  you’d think we were in a third world country under a brutal dictator, or worse.

Gone is the respect, decency, compromise, and diplomacy among valid differences of opinion and points of view.

Talking it out and working it out…forget about it.

Aside from taking up arms, it’s almost like this country is in a second civil war.

The United States has become the divided states.

California wants to secede (like Texas wanted to previously).

Lawsuits against the President.

Screams, posters and groups of “Not my President.”

Celebrities threatening to pack up and leave the country.

Refusals to carry out the laws of the land.

People joining the resistance and underground.

Plotting and threats for a military overthrow of the Presidency.

Calls for blowing up the White House.

Tweets calling for assassination and pics posted of what it would look like.

Yet there are no death camps, no razor sharp wire, no attack dogs ripping the flesh off people, no forced labor, no death marches, no brutal beatings, no starvation of prisoners, no poison gas showers, no crematoria, no firing squads, no mass graves, no gruesome experiments on twins, no vicious assaults, no sexual abuse and rapes, no Star of David patches to be worn, no threats to exterminate.

While of course, we need to ensure “Never Again” for all of us– even the slightest inkling of it–is there really a bona-fide “again” or “inkling” here in the first place?

There is a fascinating article in The Atlantic (November 2012) on an emerging bioweapons storm that is brewing that could be used in a decapitation strike to harm anyone, even the President of the United States.

Advances in genetic engineering, biotechnology, and synthetic biology (Synbio) has been seen from decoding human DNA to the development of “magic bullets”, personalized viral therapies that can target and destroy cancer cells.

However, just as most things can be used for good or evil–so too, can this biotechnology be used to target and destroy cancerous cells or perversely to attack healthy ones.

Bioweapons could be targeted to various parts of the body or brain to cause blindness, memory loss, or death itself. More subtly, it can be used to “fabricate evidence” of affairs, crimes, “cast doubt” as to birthplace or heritage, or as supposed markers for genetic diseases, and even mental disability.

Moreover, while bioweapons of mass destruction can destroy virtually entire civilizations, personalized bioweapons can be engineered based on the manipulation of a specific person’s DNA to attack that person–then just like a sniper, it becomes one shot, one (targeted) kill.

Personalized bioweapons can be silent and deadly, difficult to detect, hard to pin on a source, and may even be confused with death by natural causes.

Even non-weaponized use of this technology, can be extremely dangerous. For example, Synbio, can be used to “cut and paste” genetic code from one species to another, can be mixed from multiple species, and new creatures can be created altogether–all this potentially leading to frightening scenarios of “undesired cross-breeding with other organisms, uncontrolled proliferation, crowding out existing species, and threats to biodiversity.”

It seems clear that the answers of how to defend against these emerging threats are not as good as the questions raised by them–and we will need to be vigilant and fast-track R&D in these areas, as we are still vulnerable.

Further, I see some similarities between bioweapons, cyberweapons, and even legions of attack drones/droids, as all areas that are non-conventional and developing quickly and quite lethally.

Unfortunately, we can’t just put on a coat of armor and be safe from attacks at the molecular level, or from malicious code seeking to cripple our national critical infrastructure, or from robots that can stream across a battlespace attacking without fear, pain, or tiring.

There is no simple paradigm for killing anymore and we better let our imaginations run wild, so we can figure out new ways to protect everyone–from the President and on down to us all.

There is a fascinating controversy going on now over the CIA plans to kill known al Qaeda terrorists. Should we “stoop to their level” and take them out or is this “assassination” style technique out of bounds for a free and democratic society?

Wow. I don’t think too many Americans the day after 9/11 would be asking that question.

We are quickly swayed by the events of the times and our emotions at play.

When 3,000 people—mostly civilians—were killed in a vicious surprise attack on our financial and military hubs in this country; when the Twin Towers were still burning and crashing down; when smoke was rising out of the Pentagon; and when a plane crashed in Pennsylvania—I think most of us would say, these terrorists need to be dealt a severe and deadly blow.

Who would’ve though that just a mere 8 years later, questions would abound on the righteousness of killing the terrorists who planned, executed, and supported these murderous attacks and still seek every day to do us incredible harm—quite likely with chemical, nuclear, biological, or radiological (CNBR) weapons—it they could pull it off in the future.

We are a society with a short-term memory. We are a reactive society. As some have rightly said, we plan to fight the wars of the past, rather than the wars of the future.

We are also a doubting society. We question ourselves, our beliefs, and our actions. And to some extent this is a good thing. It elevates our humanity, our desire to do what is right, and to improve ourselves. But it can also be destructive, because we lose heart, we lose commitment, we change our minds, we are swayed by political currents, and to some extent we swing back and forth like a pendulum—not knowing where the equilibrium really is.

What makes the current argument really fascinating to me from an IT perspective is that we are okay with drones targeting missiles at terrorist targets (and even with a certain degree of civilian “collateral damage”) from these attacks from miles in the sky, but we are critical and repugnant to the idea the CIA wanted to hunt down and put bullets in the heads of the terrorists who committed the atrocities and are unwavering in their desire to attack again and again.

Is there an overreliance on technology to do our dirty work and an abrogation of hands-on business process to do it with our own “boots on the ground” hands?

Why is it okay to pull the trigger on a missile coming from a drone, but it is immoral to do it with a gun?

Why is it unethical to fight a war that we did not choose and do not want, but are victims of?

Why are we afraid to carry out the mission to its rightful conclusion?

The CIA, interrogators, military personnel and so forth are demonized for fighting our fight. When they fight too cautiously—they have lost their will and edge in the fight, we suffer consequences to our nation’s safety, and we call them incompetent. When they fight too vigorously, they are immoral, legal violators, and should be prosecuted. We are putting “war” under a huge microscope—can anyone come out looking sharp?

The CIA is now warning that if these reputational attacks continue, morale will suffer, employees will become risk-averse, people will quit, and the nation will be at risk.

Do we want our last lines of defense to be gun-shy when the terrorists come hunting?

According to the Wall Street Journal, “one former CIA director, once told me that the ‘CIA should do intelligence collection and analysis, not covert actions. Covert actions almost never work and usually get the Agency in trouble.’”

The Journal asks “perhaps covert action should be done by someone else.” Who is this someone else?

Perhaps we need more technology, more drones to carry out the actions that we cannot bear to face?

I believe that we should not distinguish between pulling the trigger on a drone missile and doing the same on a sniper rifle. Moreover, a few hundred years ago the rifle was the new technology of the time, which made killing less brutal and dehumanized. Now we have substituted sophisticated drones with the latest communication, navigation and weapons technologies. Let’s be honest about what we are doing – and what we believe needs to be done.

(As always, my views are my own and do not represent those of any other entity.)