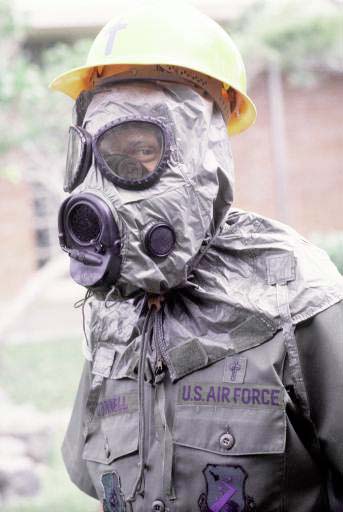 A biological attack on the United States is a most frightening prospect and one that could present an existential threat to us.

Just the very mention of bio-warfare agents such as anthrax, ebola, smallpox, bubonic plague, and others are enough to provoke sheer terror in most people.

BioWatch is a program managed by the Department of Homeland Security (DHS) in partnership with the Centers for Disease Control (CDC) and the Environmental Protection Agency (EPA) to monitor for a biological attack.

According to Bloomberg Businessweek (21 June 2012) bio-surveillance is currently conducted in 30 metropolitan areas around the country using 600 air filters to detect pathogens, where samples are collected daily and taken to labs for analysis in what amounts to a 36 hour turnaround to determine if there is a hazard.

A new technology made by Positive ID or Northrop Grumman collects samples four times a day and analyzes it on the spot for bateria, viruses, and toxins, and sends the results to officials by secure network in as little as two hours.

The shorter time to detection will give more time to save lives by getting drugs and vaccines to the field sooner and prevent the spread from person to person.

DHS wants to deploy 2,500 of these new sensors and the bio-attack alert system at a cost of approximately $5.7 billion, if Congress approves.

If this bio-sensing system proves out functionally, then the price tag seems well worth it.

Bioweapons like cyber-attacks can cause widespread panic as well as disruption to our everyday way of life, however a bio-attack has the added feature of making people symptomatic and infecting them with deadly and painful illnesses.

Cyber attacks can infiltrate and take out our critical infrastructure, but biological attacks can directly destroy our physical bodies and the population itself.

A bio-attack and a cyber-attack together could devastate us by attacking us while at the same time inhibiting our ability to deliver medication and quarantine those that are ill and so on.

In addition to grossly improving on our cyber defensive (and offensive) capabilities, we must do everything we can to enhance our biosecurity–this mean upgrading our preparedness for bio-terrorism and bio-warfare using the latest technologies available to sniff out and identify a bio attack and alert us so we can respond timely, while we still can.

(Source Photo: here with attribution to U.S. Department of Defense)