Innovation is not something that can be mandated to succeed like a quota system, but rather it needs to be nourished with collaboration, motivation, and giving people the organizational freedom to try new things.

While many organizations have played with the idea of giving employees “tinkering time”–from a few hours a week to 20% of their time–to explore their creativity and work on new ideas, according to the Wall Street Journal (18 January 2013), “it rarely works” or pays off.

The reason–most employees have “enough to do already” and most tinkerers are free thinkers and amateur experimenters–and “they aren’t the kinds of employees most big companies like adding to the payroll in the first place.”

The WSJ suggests “better ways to spark innovation” through:

– External partnerships that can “inject the verve of a promising startup into a big company.”

– Public-private partnerships that can leverage government-funded research and development.

– Providing a profit motive for tinkerers to be successful by allowing them “to profit more from their innovations.” For example, tinkerers may “own the rights to anything they develop,” while the company retains “the right of first refusal to invest” in it.

These are the absolute don’ts when it comes to innovation:

1) “Be suspicious” of–or I would say competitive with–“any new idea from below”; everyone in the organization can have good ideas, not just the wise owls at the top!

2) “Invoke history”–such as we tried that already and it didn’t work or do you think you’re the first person to think of that? Just because something didn’t work previously under one set of circumstances, doesn’t mean the idea is doomed forever–timing may be everything.

3) “Keep people really busy”–I would call that “make work”–where we treat people so that if they have time and effort to question the status quo, then they have too much free time on their hands. Or as was written by the Nazis on the sign at the entrance to the infamous Auschwitz concentration camp: “Arbeit Macht Frei”–[brutal harsh enslaving] work will set you free.

4)  “Encourage cut-throat competition”–organizational innovation is not about critiquing others to death or creating win-lose scenarios among your staff, but rather about sharing ideas, refining them, and collaborating to make something great from the combined talents and skills of the team.

5) “Stress predictability”–innovation while encouraged with best practices is not something you predict like the weather, but rather is based on trial and error–lot’s of effort–patience, and even a measure of good luck.

6) “Confine discussion…to a small circle of trusted advisors”–I would say that strategy is top-down and bottom-up–everyone can provide valuable input. Almost like agile development, strategy gets refined as more information becomes available.

7) “Punish failures”–while we generally celebrate success (and not failure), we must still give people an opportunity to fail and learn. That doesn’t mean incompetence or laziness is given a free pass, but rather that hard work based on good common sense is acknowledged and rewarded.

8) “Blame problems”–while the blame game can just make heads spin or fall, it is far better to hold people accountable in a fair and unbiased way and coach, counsel, mentor, and train professional learning and growth.

9) Be arrogant–we all started somewhere–I served frozen yogurt in a health food store as a teen…we all go through the cycle of life–and everyone has their time.

I would add a tenth, don’t…

10) Mistreat your greatest asset, your people–Treat people, as you would want to be treated: listen, at least, twice as much as you speak, empathize with others, and try to treat people ethically and with heart.

So can innovation really be made easy?

It’s never easy to do something new, we all have to crawl before we can walk–but we can foster an organizational environment that promotes innovation, sharing, collaboration, transparency, and teamwork rather than one based on fear, bullying, intimidation, and punishment. 😉 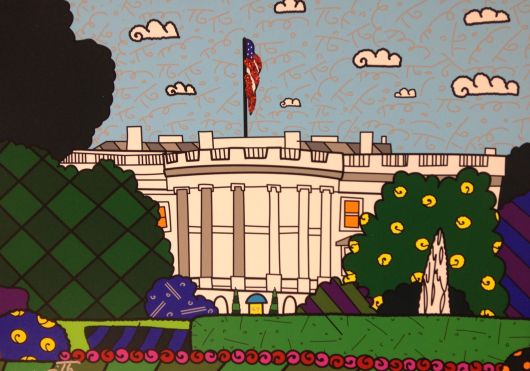 An orignal rap about public service by me (Andy Blumenthal).