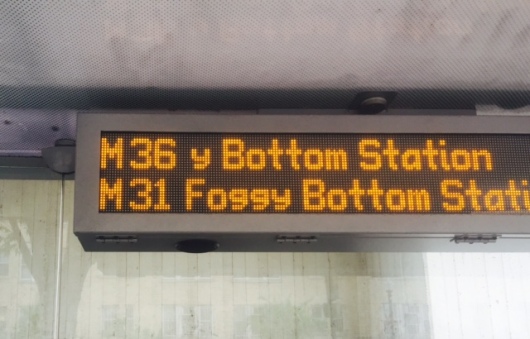 Here’s my next encounter today with mystical number 613 (the number of Commandments in the Torah).

This is the sign on the bus shelter by the Foggy Bottom Metro.

Both coming to the same bus stop.

One immediately right after the other.

Within ten minutes I saw yet another 2 signs on the metro train in 2 different locations…both 6 car trains coming right after each other in 1 and 3 minute intervals.

(Note: Metro also has 8 car trains that it usually alternates with the 6’s, but today none were in sight at either station). 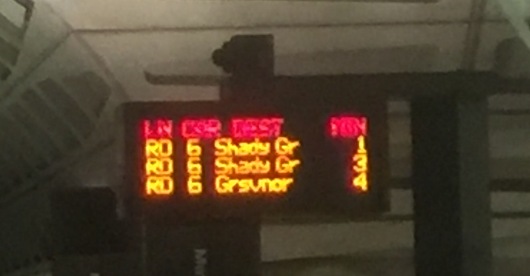 I am not making this stuff up…this is freaky, but if you believe, maybe also very cool. 😉 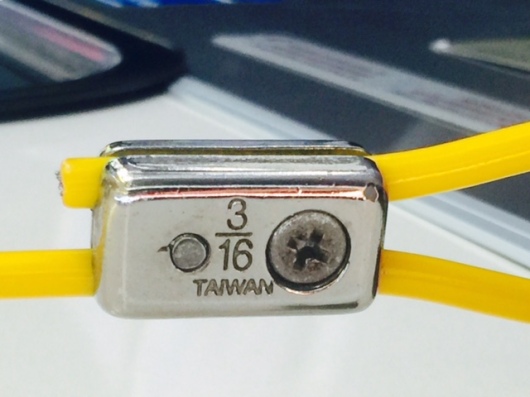 So this is my fifth month in a row now posting about the holy 613 (number of commandments in the Torah).

This time my daughter sent me this photo from this afternoon.

She actually saw this on a city bus–it was on the vertical cord you pull to request a stop–and it was tiny.

But there it was–calling us out to have absolute faith in the Almighty above.

As it happens, I saw another 613 this month–again out of nowhere.

I was talking to a colleague in the office.

He was wearing his badge–I think off to the side of his belt.

And when I looked down for a moment, the number of the badge was glaring out 613.

I thought for a second to take a photo, but this obviously wouldn’t have been appropriate.

It’s just too weird at this point…

613 everywhere…and we are all seeing it.

Living in the time of the Messiah, hopefully.

Message to have faith, absolutely.

Please G-d, it should all be for the good.

Note: If there are any Torah scholars out there that can help interrupt these 613 sightings–would greatly welcome your comments for blessings.

I took this photo of an ad for Milagro Tequila on the side of a tour bus in Washington, D.C.

Milagro (“Miracle”) is a company that prides itself on it’s collaboration with artists to create cool murals to advertise it’s liquor.

Tequila is made from the sweet, fruity, blue agave plant from northwest Mexico, hence the writing over the mural saying, “Agave Expressionism.”

It must be challenging to look out the windows of this tour bus covered in this very blue mural and messaging.

Why is this ad effective?

First, it is intense and exciting–the vibrant colors, the big mask with the bulging eyes, and the skulls with the green leafy stuff growing out of the head.

Second, it really is a work of art, and you wouldn’t expect to see this on a regular tour bus shlepping around town.

Third, the cultural contrast between the Mexican artistic expressionism and the rest of the comparatively humdrum city life is standout.

Fourth, after a long hard day at work, people are tired, thirsty, and ready for some fun–so this is a welcome message.

Overall, this has the creativity and connection with the people to hit the mark–pretty neat. 😉 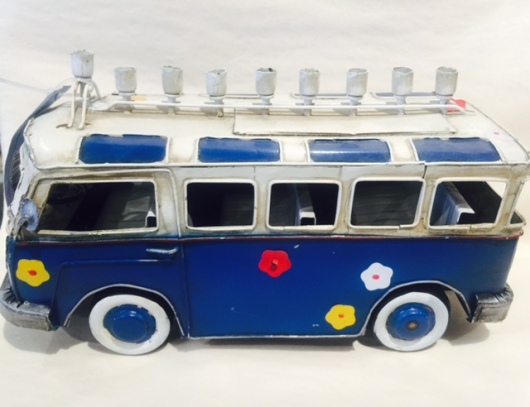 I took this photo today of a Menorah made on the top of a VW Bus.

Inside, the bus still had the seats, and outside it had these cute Hippie flower pedals.

It was unique, fun, colorful, nostalgic and it rolls.

Plus you can fulfill the commandment (mitzvah) of lighting candles at Chanukah time.

What a novel piece of Judaica–love it! 😉 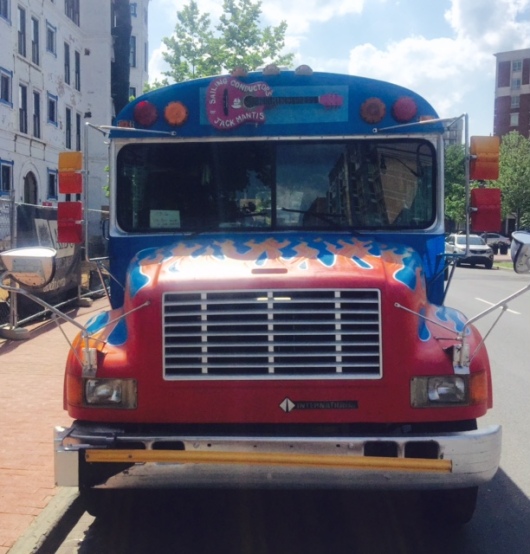 I took this photo today in Washington, D.C.

This cool bus is painted with flames on the hood and has a guitar at the top.

No, it’s not the bus from The Partridge Family although it has similar colors!

On this bus, the guitar has the name “Sailing Conductors Jack Mantis” on it.

When I looked this up online, I found that these are some “music loving dudes” who travel (sail and bus) the world and record musicians across dozen of countries and 5 continents.

They have music, videos, and a 4-part TV series from their global talent search–although there is only limited material at their site (so not sure where all the recordings from the “hundreds of local musicians” is available for consumption).

Anyway, this is a fascinating experiment in discovering diversity, music and the arts, and culture along their travels.

As to the specific music–beauty is in the eye of the beholder. 😉 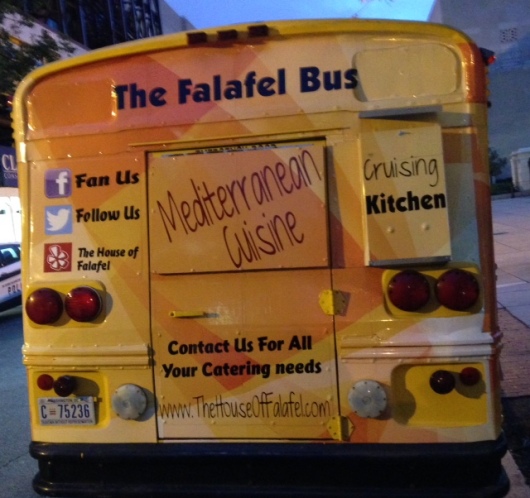 The best that I’ve ever had was in Tel Aviv with spicy falafel balls, hot french fries, and loads of creamy Tehina stuffed in the pita.

Only thing better is with juicy grilled schwarma, right off the rotating fire spit, and hot sauce, and for that try Max’s in Silver Spring.

One of my friends used to joke about the guy with an accent selling falafel, but who used to ring out (what sounded like), “Pizza and Palapel!”

In terms of getting it from a curbside bus–only if it is hot and kosher. 😉 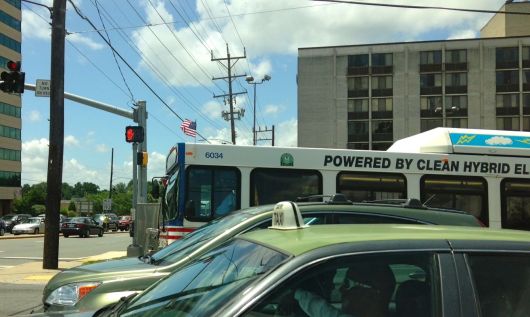 A great Independence Day it is.

Even the buses celebrate with the flag proudly mounted and displayed.

What does Independence Day mean to you?

We are so fortunate to be independent.

All values worth fighting for. 😉