I love when people can communicate through pictures effectively.

Truly, a picture is worth a thousand words–probably more.

This was a simple drawing to depict I assume global warming.

It’s like the person didn’t have to say a word.

Also, I know there is supposedly a lot of scientific evidence for global warming.

But for me personally, I don’t see it or feel it.

The summers, if anything, feel cooler and the Winters feel colder to me.

I know that is anecdotal and not representative of the world.

However, it is hard to reconcile what the scientists say, when your own eyes aren’t seeing it.

Granted, I’m not in Alaska where, for example, the glaciers are melting,

Still wouldn’t we be feeling something here?

I guess time will tell us for certain.

Hopefully, by the time we do see it, we won’t get run over by the speeding train.  😉

So Antarctica is the 5th largest continent of 7 in the world.

It is 5.4 million square miles, and it is larger than both Europe and Australia.

But it has only a temporary population of 5,000 people, mainly researchers.

About 70% of the world’s fresh water is held in the Antarctic ice sheet, which is 90% of all the world’s ice.

If all the ice would melt, the global sea levels would rise 2,000 feet!

Despite 95% of models over the last 30 years predicting the ice sheet melting due to global warming, it actually continues to expand.

It’s a paradox for the science community, but one of the explanations is that as ice shelves break off, they actually forms a protective barrier for the new ice being formed along the main ice landmass.

Even with global warming, the average temperature in Antarctica is still -35 degrees Fahrenheit, and most parts never get above freezing.

So here’s an idea–rather than fear global warming, is there an opportunity to use it and advance it, if only we can channel the effects of it for the good of humanity.

The Antarctic Treaty System prevents nuclear weapons explosion there, but wouldn’t that be a cool way to melt some ice and get some fresh drinking water for this thirsty planet or even to somehow move to MARS for colonization there?

Also, we could place solar mirrors in space to redirect sunlight to melt the ice–that’s either some probably some pretty big mirrors or the dispersion ray of a space laser(s).

The key now is to get the water to where you want it to go and not to destroy by massive flood our worldwide seaboard cities–and that’s where a mass molecular transporter comes along.

There is still much to discover and invent, but when it’s done, I think we will definitely be heading to Mars and beyond.

Really, we have to, there is no other long-term survival choice for humankind.

And perhaps, G-d placed the survival pod for us right under our feet at literally, the southern most point of the world, Antarctica! 😉 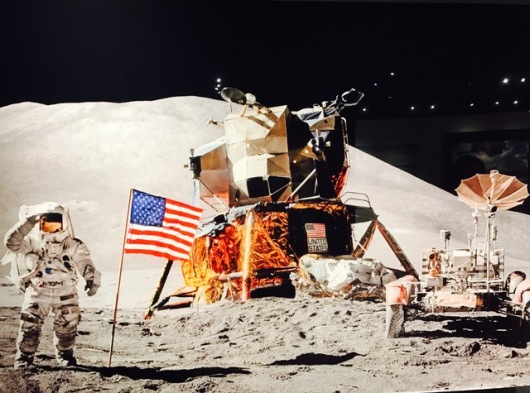 I read something so simple yet profound from theoretical physicist, Stephen Hawking (The Guardian).

First, he enunciated many of the threats we face these days, including:

– Economic inequality, mass migration, job destruction, [and divisiveness] augmented by immersive social media that accentuates “Instagram [and Facebook] Nirvana” versus the real poverty and struggling of the masses,

– “Environmental challenges: climate change, food production, overpopulation, the decimation of other species, epidemic disease, and acidification of the oceans.”

In one sentence then, Hawking says it all about the high level of risk we face:

“We now have the technology to destroy the planet, but have not yet developed the ability to escape it.”

His call to action:

“Perhaps in a few hundred years,  we will have established human colonies amid the stars. but right now we have only one planet. and we need to work together to protect it [and develop the means to eventually be able to escape it for the survival of humanity.]”

In short, we must get to and colonize other planets as quickly as possible, because it the realm of history, it’s only a matter of time and our collective lives are depending on it. 😉 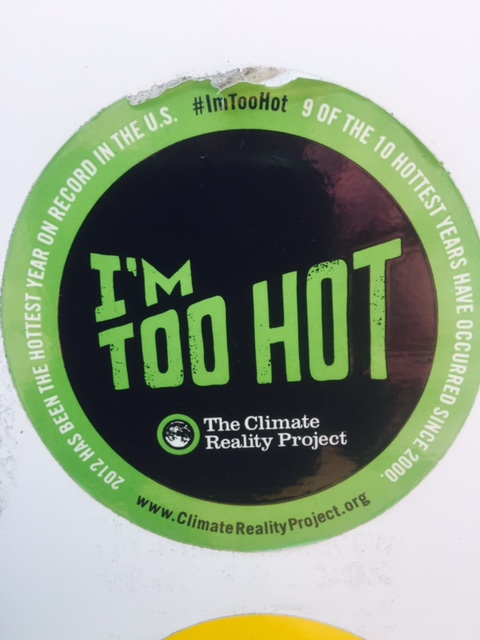 This is a advertisement around Washington DC alerting people to the dangers of global warming.

Wait a second, for some (or many) a little extra heat may be considered a good thing especially if you live up north with generally freezing cold and miserably snowy winters.

So don’t just tell us about it getting hotter, but tell us how hot is it actually going to get and what will happen when it does–melting glaciers, rising oceans and catastrophic flooding of cities, weather abnormalities and violent natural disasters, and so on.

We need to move on to the substance of this.

Just like with the national debt, we keep talking about it going up (and up).

Well what’s so bad about that if we can just print some more greenbacks and pay for more stuff, maybe it’s a good–or great–investment in our country and future?

Here again, the message that isn’t getting out clearly is what is going to happen when the debt becomes unsustainable and printing or devaluing dollars will not solve the problem and may actually exasperate it by creating run-away inflation, a downgraded or junk credit rating, and higher debt payments possibly tanking our economy and people’s savings.

Yeah, we don’t want to cause a panic.

But shielding people from vital information on the dangerous paths we are on will only lead to going further down into the abyss of non-action and potential for cascading calamity.

Let’s face it–it’s unpopular to talk anything doom or gloom–financial crises or natural disasters or especially anything with WMD–but if we aren’t the adults in the political room, who will be?

For once, I’d love a leader who tells it straight, who helps us face our own worst nightmares, and actually gets us back on track again, rather than keeps the wool pulled over our eyes for another term or two.

Leadership is lost in rosy glasses, vote counting, pundits called upon to obscure the truth from the people, keeping a false calm, and creating wildly inflated legacies.

These motives for now are stronger than the determination to deal with the threats we face, but not forever, and then the pendulum will most abruptly swing in the other direction, precariously late for the ensuing global effects. 😉