In these great times of strife and controversy in this country…

One thing that we can probably all agree on:

Words to live by.

This ball on the bench is prickly like a lot of people.

Say or do something that rubs them the wrong way and you got a sharp aching thorn in your side.

Hence the saying about handling them with “kid gloves” made from fine soft kid leather.

Handle tactfully and with special consideration or else get stung badly and suffer the pain and consequences. 😉

I really like this Pyramid of Emotional Intelligence (EI).

It starts at the bottom with your own personal self-awareness–knowing who you are, including your beliefs, values, priorities, needs, and dreams, and being able to express this.

Next level is your personal self-control–being able to manage your feelings, control your actions, and cope with challenges and adversity.

Moving to the social level is then social awareness–having a consciousness and respect of others, their feelings, thoughts, motivations, needs, desires, and rights.

Finally, at the top is relationship management–the ability to actively listen and empathize, assert and influence, be patience and unconditionally accept differences, develop trust, give and take, collaborate, and manage conflict.

Most people work on developing these areas of the EI their whole life, and it is definitely a pyramid worthy of the climb. 😉

This is a useful 4-part communications process (developed by Dr. Marshall Rosenberg):

1. Observations:  Tell the other person the behavior you observe from them that is making you uncomfortable.

3. Needs: Describe what you need from the other person (physiological, safety, social, esteem, self-actualization)

4. Requests: Ask them specifically what you’d like them to do.

Would you be willing to…

It’s a way to make your feelings and needs known and ask nicely what you’d like from others.

This provides a mechanism to give feedback and work with other people without being confrontational, threatening, dictatorial, or nasty.

When I see you reading my blog, I feel happy, because I need to try to be a good person and good influence in this world. Would you be willing to share my blog with others? 😉 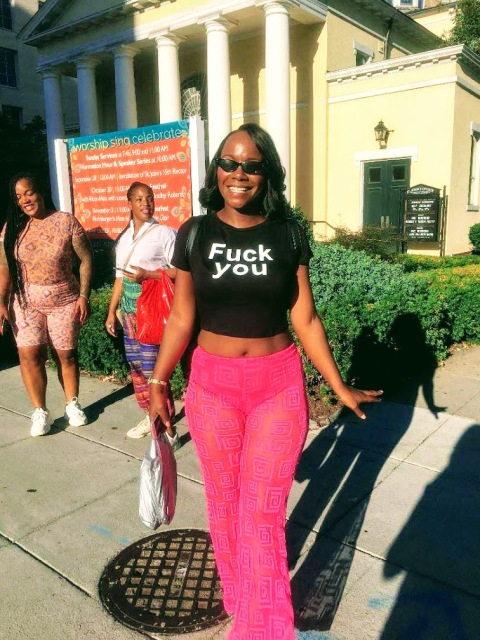 It funny, sometimes you just want to say…

Exactly what this ladies shirt says.

My father used to say when certain people were nasty to him, he would just be nice to them.

And when they would still be really nasty to him then imperceptibly, quietly under his breath, he would say “F*** You.”

Sure, we can’t always just come out and say it like this lady does boldly on her shirt.

Maybe it doesn’t help to use expletives, but sometimes some people can be such jerks that just saying it quietly is cathartic and truth-telling.

Perhaps more important, saying it let’s you know that you still have  a moral compass and personal integrity, even if others around you have seriously compromised on theirs. :-)

So when I listen to the Kane Show in the morning on 99.5 FM, they frequently do this thing where they call someone to find out why they’ve ghosted their lover or friend.

Invariably, it often turns out that there is someone else in that person’s life.

The person is usually either too scared to confront the other person or is just a cheater and doesn’t want to tell the other person, instead wanting to “have their Kate and Edith too.”  LOL

So “ghosting” is where the person just disappears, cuts off contact, or goes incommunicado.

It’s sort of an avoidance strategy.

This leaves the other person not knowing what happened or why.

It’s like the line just goes dead between the two people.

Sometimes, one person is clingy or forces themselves on another in which case, the other person may feel smothered, and therefore repels or wants to run in the other direction.

Other times, how do you tell someone that you just don’t like them anymore?

Worse is if the person is cheating behind the other person’s back, hiding it, and denying it–that’s unforgivable!

When a person ghosts another, it’s sort of like at work when someone get’s marginalized.

No one wants to give honest feedback to the other person, so instead for some people it’s just easier to avoid them and the topic  altogether.

I think the point is not to hurt other people.

The question is how do you cut the strings with someone you don’t like without getting into a huge, ugly confrontation?

Honesty is the best policy, and treating people the way you would want to be treated.

But for some people who don’t take no for an answer, it’s understandable that you may just want to have the phone on busy signal or you attempt to break contact.

Relationships are tough, and when they go bad, ghosting without at least trying to end it nicely can not only be rude, but also it’s chicken to break it off as a ghost, and not a person. 😉 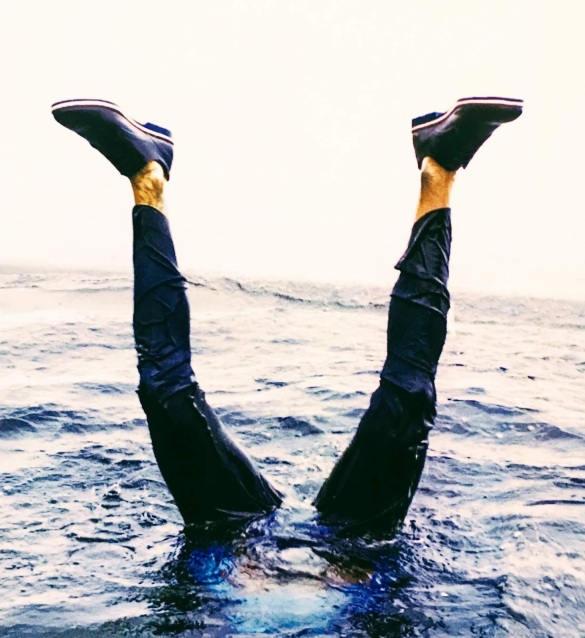 So he’s a story from the pool today…

I’m doing my laps minding my own business.

And this guy gets to the pool, sits down, and immediately pulls out his cellphone.

Then he proceeds to literally yell into his phone for probably a good half an hour.

I’m doing my laps and I can hear this guy yelling:

– At his end of the pool

– ALL the way at the opposite end of the pool

And he goes on and on and on.

Doesn’t stop for even a breath of air.

Now, in all the years swimming, I’ve never had to approach someone about their behavior like this.

BUT this was too much as my head was pounding from his incessant yelling.

I waited until he finished his call.

And it happened to coincide with me finishing my laps.

I come out of the pool and grabbed my stuff.

I have to pass him on the way out.

And I’m still debating with myself whether this schlemiel is even worth it.

My head is still throbbing from his yelling.

I stop in front of his chair.

Now he’s pulled out a book and is trying to read.

He knows he did something wrong, and he barely looks up, trying to ignore me.

Excuse me. Did you intend for everyone at the pool to hear your ENTIRE conversation?

He starts murmuring something, and then says throwing it back on me:

You were speaking so loud, I could hear you all the way on the opposite end of the pool.  I could even hear you under the water.

He’s agitating now and he says:

Well, I was speaking to someone 85-years old who doesn’t hear well.  You get it?

So I say respectfully:

I am sorry that he doesn’t hear well, but does everyone else here around the pool also need to hear the conversation?

So what–I don’t care if everyone hears.

I try one more time.

Do you see all these other people trying to read, rest, swim–do you at all care?

He still can’t get himself to come around, and instead doubles down and says,

Well. I’ll do whatever I want!

So basically you don’t give a shit for ANY of your neighbors, do you?

Finally, he must of been embarrassed enough at his terrible behavior, and he backs down and says:

Next time he calls me, I’ll take the conversation inside!

At which point, he goes back to his book, and I complete my exit.

It took all that just to get him to say he’ll handle it differently next time and basically be respectful of his neighbors and not a selfish pig!

It’s amazing–some people really just can’t own up to when they are being a jerk.

But I was glad this guy finally came around–maybe there is still hope. 😉

I saw this and thought this was a clean version of “Never get into a pissing contest.”  😉

I thought this was a funny saying that my friend told me.

I’d agree with you but then we’d both be wrong!

He said that he actually liked it so much that he got a sign with it and put it in his office.

If you think something is wrong, hold your ground–otherwise no one will be right. 😉

Took an interesting class recently in having difficult conversations.

These are the conversations you need to have about performance, accountability, expectations, bad news, conflict, and so on.

Often these are the conversations we tend to avoid, because we don’t know how to have them without making things worse where things get emotionally charged, people become defensive, things gets misinterpreted, and they get escalated.

And it’s even more difficult when there is a discrepancy in power between the people having the dialogue.

But it is important to have the critical conversations in order to solve the underlying problems!

Often problems are rooted in that we judge others too quickly and erroneously, or we just don’t have all the facts.

The data points we do have get filtered, interpreted, assumptions are made, conclusions are drawn, beliefs are adopted, and actions are taken that may be wrong (reference: The Ladder of Inference by Chris Argyris).

The key to having a productive conversation is to explain the issue and the impact, acknowledge your part in the problem, describe the desired outcome for the relationship and the work, and most importantly, give space for the other person to respond.

We need to get the other person’s point of view, including the data points that we may have missed or misunderstood, generate options, and agree how to solve the issue.

Unfortunately, there are times when the other person digs in and isn’t open to working on or resolving the problem, in which case you may need to decide whether to grin and bear it (i.e. live with it) or leave the relationship, because it has become too unproductive and toxic.

The instructor said it well: This is about problem-solving. But life is too short to deal with jerks!  😉