So I’ve seen the advertisement for Capital One (Bank) Cafes on TV for some time now.

Well I saw my first real one in Fort Lauderdale this week.

It was big, bright, comfortable and had children’s games and a host of meeting and breakout rooms.

They even gave us two cards for some free coffee at the embedded Pete’s Coffee.

It was a corner store in a large, expensive space.

It was great place to get some work done or relax.

But aside for a cash machine or so, there was nothing that I could see having to do with banking in this place.

Also, there were also almost no customers for the coffee.

Basically, it is totally confusing idea from a marketing and branding perspective–Is it a bank or a coffee house?  And why would I go to Capital One to get coffee or to Pete’s Coffee to do my banking????

While I think that Capital One has literally outdone Starbucks in building a great cafe space, I don’t think anyone will actually get what this is or why it is!

My guess is that whoever came up with this idea is going to be looking for a job within about 6 big money-losing months. 😉

This is sort of what I feel happened with North Korea and the U.S. at the Summit in Vietnam this week.

We went into this thinking that the enticement of moving from war to prosperity, like with Vietnam, would set the stage for North Korea to see that truly, peace is the answer!

But when there is no real trust between the people negotiating, then you get a lot of gesturing, but no real determination to make a commitment–like getting rid of those crazy nukes!

For now from North Korea’s perspective, “one in the nukes is worth two in the prosperity”…and they aren’t going to disarm so easily and give away what they consider their ace in the hole.

High hopes, lots of drama, confusion and blame, and ultimately a big let down.

The world challenges us all the time.

Yes, the world functions based on the “laws of nature,” scientific facts, and mathematical formulas, and so you’d think everything in our lives would be orderly and work like clockwork.

But, as human beings, our lives are too a great extend a function of what gets thrown at us and how we react to them, and not the constancy of the world context that these things are happening in.

It’s easy to be surprised, become overwhelmed, or even be stumped by the daily barrage of things that we are new to us or we simply don’t know how to handle.

In a world that we can often experience as chaotic and disorderly, the answer is not to break down and cry or run and hide, but rather to create our own sense of order.

Thus, the antagonist of chaos and disorder is consequence and order.

The way to get to order in your life is through planning and preparation.

The more you plan and prepare, the better you are able to deal with the challenges you are dealt.

I believe this is the cornerstone of what a good education and training is–preparing you for real life!

Generally, if you plan and prepare for a broad spectrum of scenarios (especially the worst cast scenarios), you won’t be left sitting out there scratching your head when the proverbial “sh*t hits the fan.”

Thinking out of the box and ahead of the curve, and using scenario-based planning and preparation can give you the tools and confidence to leave the anxiety behind and move more swiftly to confront challenges head-on.

Of course, we’ll never be able to imagine or be prepared for everything that can happen–but the more you can free your mind to think about the “what if’s” and how to mitigate the risks, the better shape you are in to act with determination and decisively when you really need to.  😉

They are so welcoming and genuine.

The davening is traditional and I love singing all the prayers exactly as I remember them as a child.

The speech is always relevant bringing the Torah’s message to what’s going now.

For example, tonight is Shavuot and the celebration of the getting of the Torah and our obligation to live up to the mission we’ve been given.

This is similar to the big story this week with Meghan Markle marrying into British Royalty with Prince Harry–thereby she becomes royalty.  So too the Israelites entered into a marriage contract with G-d Almighty at Sinai, and they became royalty to G-d entrusted to keep his commandments and as a “light unto the nations” to always do the right thing.

The Rabbi is a true inspiration and today, we talked with him about living in the amazing times of Mashiach.

There is so much polarization and confusion in the world.

From people to countries looking for a guidepost–whether individuals, corrupt organizations, extremist politicians, or fascist and warring countries.

I so agree with the Rabbi that we are living in miraculous times and redemption is right around the corner.

Everything we do is an opportunity to make a kiddush Hashem and turn the tides in the war of good over evil.

Married to G-d, but in humility, we serve him and do good and help bring the world to love, peace, and Tikkun Ola m. 😉 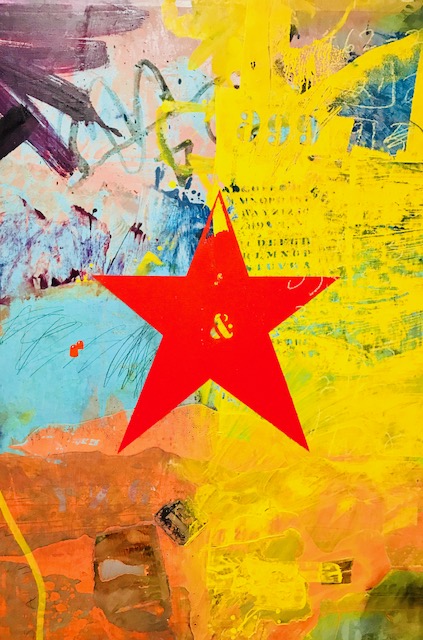 Was not between President Trump and Hillary Clinton at all.

Because who really won the election is Russia!

From the dossier to the uranium deal, charges of collision and stealing the election, the investigations, special counsel, weakened White House, chaos, confusion, misinformation, fake news, and alternative facts.

This is called INFORMATION WARFARE.

All of these serve not only to weaken our elections and political system, and unnerve the trust of the American people, it wastes the time and efforts of our elected officials and media chasing ghosts.

When you can’t win an election fair and square, you pull out the McCarthyism card invoking fear of Russia and provoking political repression here at home.

It’s the “Commie bastards,” of course that are interfering in our democracy.

But really it wasn’t!

Unless you count a hundred thousand dollars or so of political ads and botnets in a billion dollar plus election as serious meddling–not.

Basically, we are talking a self-inflicted national wound–that keeps bleeding and bleeding.

Our country is going on a wild goose chase–looking for something, turning over stones, but what they find–how significant is any of it?

The real winner again is Russia.

They are strengthening themselves in the world.

They have the West on edge.

Our politicians and system of government is weakened.

We waste time, while Russia takes over Crimea, wins big in Syria, militarizes the Arctic, partners with China, and advances their world agenda.

We are distracted with eyes off the ball–spending days, weeks, months, and years in a tizzy pointing fingers at each other, seeing shadows, scared of ghosts, and punching into the air.

Russia won the election for sure. 😉

People can be so careless and callous with their words.

They say stupid and hurtful things.

Sometimes, they may try to couch or sugarcoat what they are saying, so you need to put 2 and 2 together.

Whether it’s transparent or hiding behind a veil of political correctness or mischievousness, you get the messaging.

Everyone has an angle, as they say in Hollywood.

Is it benevolent or malevolent or perhaps just dopey does.

Either way, words are very important.

It’s called communications and you send out messages verbally and non-verbally.

Often, the messaging can be confused…like the old game of telephone or just in-coherency of words or thinking.

So which it it–there is no return policy to speak of or there are no returns allowed.

Tell me damn it!

Why can’t the English learn to speak english? 😉