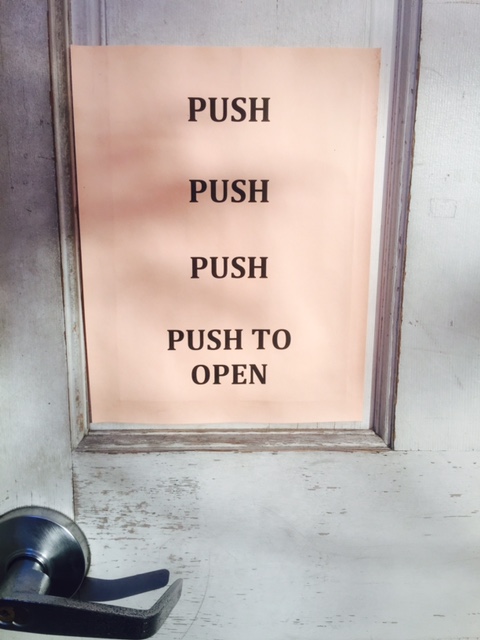 I remember the funny commercials of the vacuum cleaner salesman, who when he didn’t get anywhere with his pushy verbal sales tactics, he would put his foot in the door as the homeowner was trying to close the door on him.

However, pushy doesn’t just get your foot crushed in the door, but typically backfires as a means of convincing anyone of anything.

If someone says no, as a recent sexual abuse poster said, then the answer is no–an unwanted advance is not wanted, period–get it?

You can’t push yourself into bed with someone non-consensually, and you can’t successfully push a product or service or idea unto others who just really aren’t sold–eventually they will push it right back in your hostile, pushy face.

It’s one thing to make a sound argument if/when another person is willing to hear you out, and it’s another to push, push, push, and just not take a hint–not interested!

On the show, The Last Kingdom, this past week, the English priest was trying to convince the violent Danish Viking to convert to Christianity–the priest thought that it was working as he continued to work the Viking over, until suddenly, the viking stands up and thrusts a sword through the priest.

If you can make a poignant argument for something and influence things for the better by all means try, but if you are just going to act the pushy b*tch, then be ready for the fallout from a non-receptive and eventually hostile audience. 😉 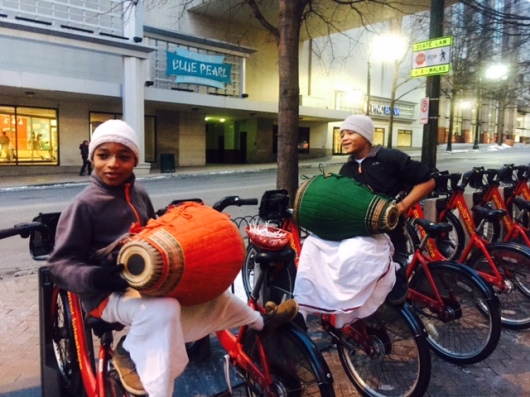 I hadn’t heard the rhythmic chanting of the Hare Krishna since my days in New York City probably 20 plus years ago.

Today, we see them on the streets of downtown Silver Spring, MD singing their Hindu mantra…again and again.

The boys sitting on the rent-a-bikes are banging the drums to the chanting across from them.

As they chant, they implore people to take their literature and chant along with them.

Whether you see them as a cult or just practitioners of another faith…these people seem mesmerized by their own chanting “meditation”, which was a steady beat but also had no meaning whatsoever to me.

As a kid, we were told and would steer clear of anything that smelled of Hare Krishna, Jews for Jesus, or others trying to pluck away at the souls of our youth.

While Jews have wonderful people like Chabad who try to bring Jews closer to Judaism, we really don’t proselytize others…it’s not our belief and is more of a live and let live attitude for all.

I never quite understood why some feel literally a mission or compulsion to convert others to their beliefs, instead of practicing what they believe themselves, being devout and good people, and letting their actions speak for themselves and inspire others, if truly deserving.

There really is no need to stand on street corners with megaphones or at the auto-da-fe stroking flames of burning flesh to get others to your way of thinking.

In my opinion, honest belief and genuine faith is not gotten through yelling the loudest, standing the longest, or even threatening or menacing others.

Be sincere and good, and let your actions speak for themselves. 😉