It’s sad how everyone is always fighting about everything.

And hating on each other…

Someone told a funny story the other day about this:

At the end of the day, we’re all different, and we’re all sort of the same.

Maybe we have to look past the petty stuff, and learn to get along and get things done!

At the end of the day, we’re all better off loving and getting it reciprocated–and so on and so on. 😉 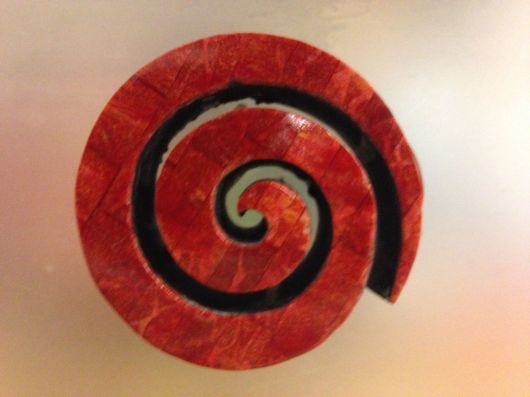 This guy at work goes to me today, “Hey, did you get a fat pill?”

I am thinking to myself DID I put on a few pounds…but still how totally rude.

My colleague must’ve seen me looking at him with some disbelief and irritation that he would say something like that to me.

Then he gets this look on his face like, oh sh*t {oops that wasn’t what I meant!}

Immediately, he reaches down to the counter in one of our common areas and picks up a Dunkin’ Donut from the box that someone had brought in for Friday munchies.

He’s holding up the donut to his face mouthing, “A fat pill,” as he takes a big bite engulfing half the donut (or more) in that one mouth shot.

Well, I never heard of a Donkin’ Donut called a fat pill before…

Probably lucky for someone that is what he was referring to (LOL). 😉 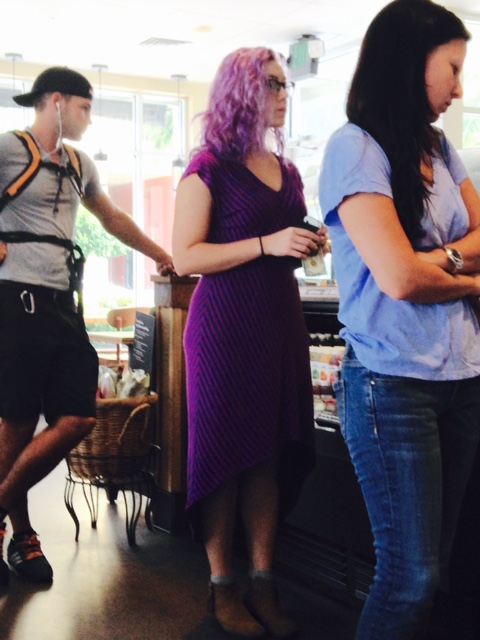 This lady in line at Starbucks apparently likes purple, a lot.

It seems a pretty common favorite among many women.
One that I know claims she ALWAYS wears something with purple.
When I saw her a couple of times seemingly without any purple clothing or accessories, I asked innocently, “So no purple today?”
She replied with a big grin, “Oh, it’s there!”
Yikes, TMI–don’t ask so many questions. 😉
(Source Photo: Andy Blumenthal)