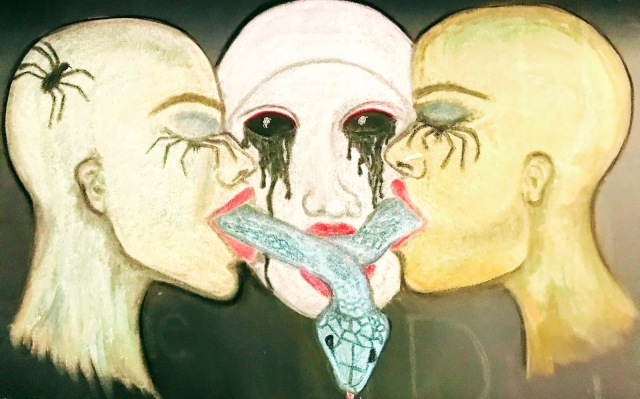 So I learned a lesson recently.

Sometimes, a kiss is not a kiss.

It could be a phony show.

It slithers and fools people into complacency.

But around the back is a hand holding a dangerous dagger.

It stands ready to swing and plunge into your soft unsuspecting tissue.

The more kisses, perhaps the more hiding of their true intentions.

People are complex and sometimes malevolent.

They want what they want, and when they want it.

When the time comes, a kiss can turn into a sharp knife.

You wonder how is it that person has no more kisses.  😉 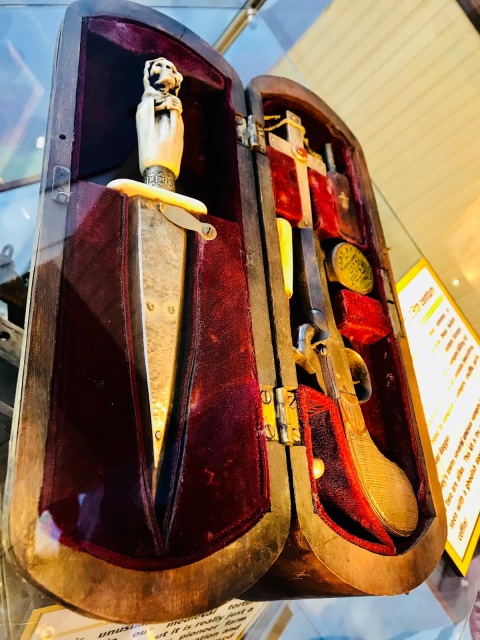 So can you believe they actually have this?

It’s a vampire killing kit that was really for sale in the 19th century.

These kits were developed and sold by entrepreneur, Professor Ernst Blomberg.

People were afraid of the blood-sucking beasts, especially in Eastern Europe.

And so when they traveled, they came prepared.

– Dagger with a ghoulish-looking skeleton for a handle

– Pistol along with several silver bullets

– Wooden stake to thrust into its evil heart

Of course, we don’t have any evil bloodsucking creatures these days, do we?

I have a feeling that a lot of people would like to have a kit like this for self-defense to keep the 21st-century version of these bad actors away.