Wow, thought this painting was awesome.

The table and chairs in all the green.

And the green seat cushions works with it as well.

I love the perspective on this. 😉

So this shutdown has really been an education in political dysfunction, bickering, and childish behavior.

But when President Trump yesterday went on the air and provided a compromise solution whereby he gets funding for a 200 mile border wall/barrier and the Democrats get money for humanitarian relief at the border, high-tech sensors, and years of protection for 700,000 children that came to this country illegally (DACA) and another 300,000 for immigrants from designated countries that prevent their sage return (TPS)–it seems like everybody would come out a winner!

When President Trump did this, I thought he really won the day, especially when the Democrats rejected his proposals and offered nothing in return or as an alternative.

Even if the other side disagrees with the solution, they can and should offer what their version of a compromise/agreement would be and so on between the parties–this way, they can negotiate until both sides get to the magical compromise that everyone can agree to and live with.

What I learned from this is that regardless of your political leanings, the side that shows flexibility and compromise and the desire to get something done, is the side that wins the argument, period.

Those that want it all or are simply obstructionist and haters are the big losers in the debate.

Please see my new article in The Times of Israel called “Blowout of Iran’s Nukes.

As Iran continues to develop its nuclear weapons program and sponsor terrorism around the globe, as PM Netanyahu promised, Israel and the U.S. are on to them, and they will not let it happen! A little more than 70-years after the Holocaust that murdered 6,000,000 Jews, Iran will not be allowed to pose an existential threat to Israel and a danger to the entire world.”

Hopefully, the good people of Iran can change their tyrannical leadership, otherwise the blowout at the UN yesterday will be only the beginning. 🙂 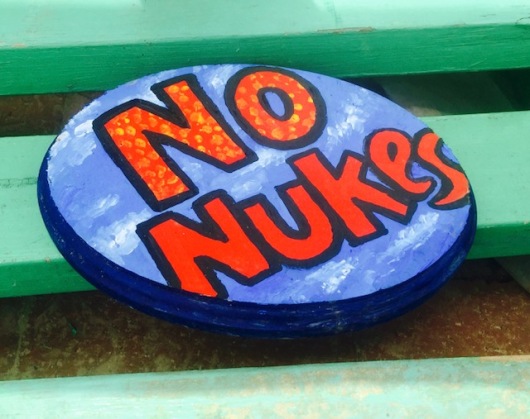 We are at a unbelievably critical moment in history.

North Korea and Iran have nuclear weapons capability and are threatening and maniacal enough to use them.

Negotiations, incentives, and phony deals have led to nothing but advancing proliferation of weapons of mass destruction with our enemies and their continued vows to kill us.

As Iran vows to annihilate Israel and chants:

North Korea vows a nuclear attack saying Washington will be:

“Engulfed in a sea of fire.”

The Talmud (Sanhedrin 72a) teaches the principle of self-defense:

“If someone rises up to kill you, kill him first.”

Preemption is justifiable if the threat is real and imminent.

North Korea and Iranian threats are very real and getting ever more imminent as their capabilities increase–and if anything, they have been underestimated and underreported.

They have continued to build and test nukes and the missiles to deliver them to the U.S. and our allies, despite pleas as well as carrots and sticks to cease their menacing actions.

The prior administration’s position of “strategic patience” has meant nothing but indecision and a do nothing approach as things get worse and not better.

Now, we have the opportunity to destroy the deadly nuke sites before these despotic regimes hit us and our population of nearly 320 million people with a nuke first strategy!

We are a peaceful nation that believes deeply in freedom and human rights, but we cannot live under constant threat of nuclear attack on our cities and allies.

A preemptive strike is a very, very serious decision, but we cannot wait indefinitely and let ourselves become victims of the most horrific weapons and their destructive capabilities and aftermath.

What do we do if North Korea and Iran refuse their endless pursuit weapons of mass destruction and their threats to use them on us?

Perhaps, this is soon to be a rhetorical question if not the most dire of all decisions to make and the time to make them.

May G-d have mercy  on us–if ever their was a time, now is the time to pray and mean it.  😉

So after the aborted Healthcare bill to replace failing Obamacare, President Trump tweeted about the alt-right’s lack of support for the bill:

“We learned a lot about loyalty [today].”

The Freedom Caucus refused to vote with the rest of the Republicans on the 7-year long awaited repeal and replace of Obamacare.

Instead, they felt it didn’t go farther enough to rescind everything from Obamacare they hated, and they chose to leave Obamacare as the solution for the foreseeable future, rather than get a replacement bill they felt was also subpar.

Whether this was smart or dumb, time will tell.

– Smart – If down the road, they get a better replacement to Obamacare then what was being offered now.

– Dumb – If rather than a better replacement, we end up either stuck with Obamacare indefinitely or get an even worse alternative later.

It’s a little like gambling Vegas–they decided to roll the dice again, rather than leave the table with their winnings.

Sure, they could end up a bigger winner or they can lose it all, so we’ll see.

But there is another important question here:

What obligation did they have to be loyal and vote with their party vs. being loyal to their own conscience?

The Democrats have held the line better in terms of voting as block–and hence they have proved superior in many cases in wielding their share of power.

In contrast, the Republicans have been more divided and hence, they can’t get the votes they need to pass the legislation desired by the right–because somebodies are always holding out for a better deal.

But Trump represents “The Art of the Deal,”–and a deal usually means negotiation, compromise, and that nobody gets everything they want.

So while everyone should vote and act their conscience, there is also something to be said for loyalty to the team effort.

If everyone just holds out for what they want, then really that stoneheadedness will result in virtually nothing getting done.

We’ve all got to give a little to get a little, as long as it doesn’t violate our moral compass, core values, and faith.

Loyalty also has to do with showing and acting with respect.

And being disloyal to the team and leadership has ramifications.

Finally, loyalty is a two-way street, and I have a feeling Caesar is not yet done with the great treachery that was perhaps so callously inflicted on him and the greater national cause. 😉

Thought this was pretty cool art in Anthropologie in Washington, DC.

It was different paint cans attached to the wall in the store in a colorful display.

To go with this paint theme, they also had paint brushes (dry of course, but they looked wet with colored paint) hanging from the ceiling.

Anyway, in the back of the store, there was a beautiful new rug that I got for my daughter–it was a real find (and sort of looks like this paint display in terms of colors, but very refined and feminine for her with gorgeous flowers and a rich texture).

Anyway, she loved it and I ended up getting a pretty good deal on it, so I was happy too. 😉

This was a photo of a photo I took at Washington Artworks this past weekend.

An anti-nuke demonstration outside the White House with signs that say:

“Ban all nuclear weapons or have a nice doomsday.”

This was particularly interesting juxtaposed to the editorial in the Wall Street Journal yesterday by the UAE Ambassador to the U.S. who reflected on “one year after the Iran nuclear deal” and outright stated:

And he goes on to cite the multiple ballistic missile tests by Iran (October, November, and March), the firing of rockets by Iran dangerously close to a U.S. aircraft carrier (December), the detaining of US Navy sailors on their knees broadcast to the world (January), an $8 billion purchase by Iran of Russian fighter jets, planes, and helicopters (February), and the seizure of shipments by Iran of large weapons caches supporting terrorism around the world (February, March, and April) including just yesterday when the U.S. seized thousands of AK-47s and RPGs headed for Yemen.

“Our hope for a new Iran should not cloud the reality that the old Iran is very much still with us–as dangerous and as disruptive as ever,”

Let’s pray that our earnest yearnings for peace with Iran (and North Korea for that matter) does not end in the polar opposite…a “nice” nuke doomsday scenario by the leading state sponsor(s) of terrorism worldwide. 😉 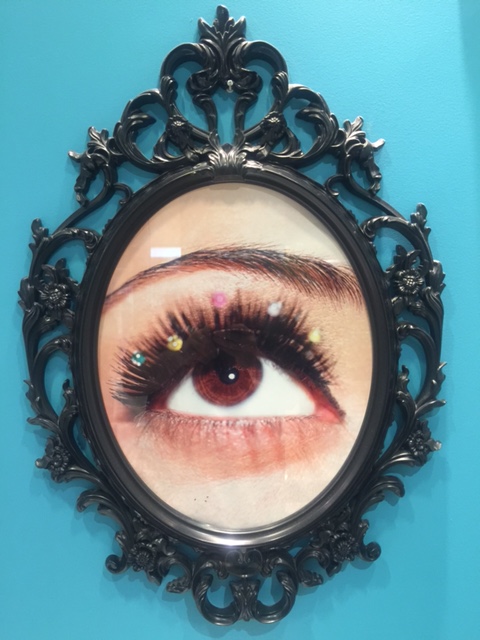 Any deal is based on T-R-U-S-T and verification, especially when it comes to dangerous nukes.

Yet the deal with Iran–a member of the “Axis of Evil” and the #1 state sponsor of terrorism worldwide and of the worst abusers of human righs is trustless, especially when verification mechanisms are weak and Iran is non-complaint?

So where’s the trust headed now (has anything changed, what are the signs so far)?

T – Turning away – Iran continues to turn away and refuse access to inspectors from the International Atomic Energy Agency (IAEA) who are tasked with the verification of Iran’s non-proliferation of nukes.

R – Restraining people – Iran continues to disrespect us and holds 4 Americans hostage with no sign or promise of release.

U – Undermining – Iran continues to undermine any relationship with the West by affirming that hostile policies toward “arrogant” America will not change.

S – Swindling – Iran continues to swindle and deceive the West going so far as to publish a 416-page manifesto by the Ayatollah on destroying Israel, “the ally of the American Great Satan.”

T – Threatening – Iran continues to threaten the West most recently warning of a “Third World War” sparked by terorrism, and continuing chants of “Death to America!“

So what’s the future of this deal in protecting the world from nukes and terrorism–let’s be honest and look in the mirror and ask what’s the deal here? 😉

Here’s what they are saying online in some satire on the Iranian Nuke WMD Deal.

The Spanish comedian is talking about something else (I don’t know what), but the subtitles were dubbed to make the points about the issues with this deal.

No disrespect intended to anyone, but the points illustrated are well made.

Is this how we want the world to view us?

We are hoping and praying for a real and verifiable peace.