I was reading Vladimir Jabotinsky’s “Story of My Life.”

And there is this quote that I really like attributed to Kipling in it:

Victory or defeat: learn to accept both with equanimity since both are deceptions.

I just thought this is profound.

Everything is on a spectrum.

And where we think we are on that spectrum is often not even nearly correct.

You think you won that one, but guess what someone else has outsmarted you and you don’t even know it yet.

Also, wins can be easily followed by loses and vice versa.

Things can turn on a dime and who’s up becomes who’s down–as the wheel of life turns and turns again.

Recognize that you don’t control everything–actually, the only thing you do control is how you react and behave.

Everything else is a test to teach you and help you grow.

And as I heard from a speaker yesterday, “you can’t make up in space, what you have lost in time.”

Victory or defeat, both are deceptions.

Only how you choose to act is the real win or lose. 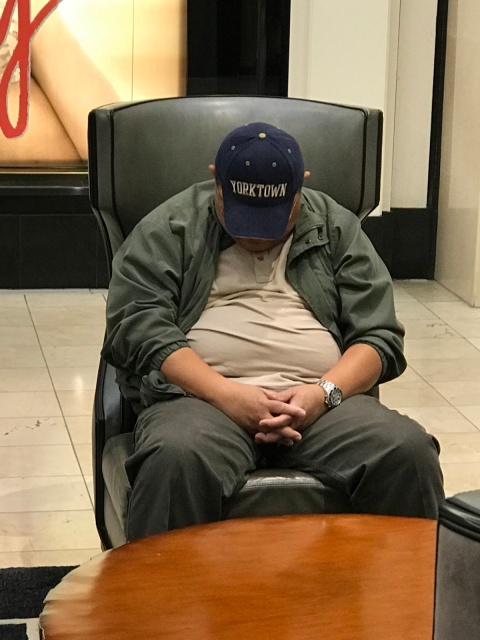 So this is the dumbest military strategy I have ever heard.

NATO is planning a “rapid deployment force” of at least 30,000 troops, 30 naval ships, and 360 planes to fight off a Russian invasion.

The only problem is that this rapid reaction is planned to occur “within 30 days” of being put on an alert.

It took only a little over two weeks for Russia to invade and annex Crimea in 2014 in a blitzkrieg that completely took the West by surprise.

NATO continues to be shockingly unprepared for a Russian land grab.

Further, the 4,600 troops stationed on “forward deployment” and the 5,000 additional “spearhead force” to come to their aid “within 10 days” is again completely inadequate and ridiculous.

Israel won the 1967 War in just 6 days against invading armies from Egypt, Jordan, and Syria, and Israel again halted the advancing Egyptian army in the 1973 Yom Kippur War in just 3 days.

With modern weaponry, Wars are fought and won in days–not months and years anymore.

The long deployments we’ve had in Iraq and Afghanistan are not traditional wars, but wars of attrition again terrorism and dictatorships.

If and when there is a war with the “Great Bear,” it will be fought and won–OR lost in days–as well. Russia will act with stealth and speed and a ferocity that we remain blind to.

And I fear that when we are ready to fight back, it will be way too little too late–like in Crimea–and all that will be left–after the European lands are gone–is more meaningless sanctions that Russia will retaliate against, tit-for-tat, anyway. 😉 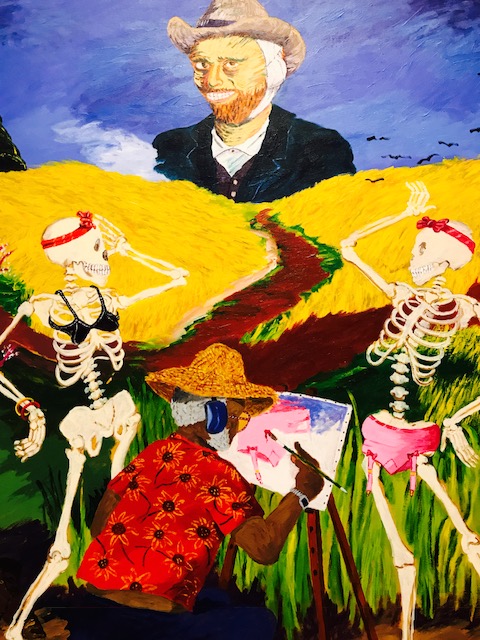 Why are we trying to defeat ISIS?

Yesterday, they gave Axis of Evil Iran some payback.

Iran, the #1 global sponsor of terrorism, got terrorized.

In a brazen attack on Iran’s parliament and shrine, ISIS attacked these hardened targets.

Now, while all terrorism is terrible and should be condemned, isn’t there an old saying:

In this case, sadly but maybe the truth is the only way to fully defeat terrorism is by:

The only way to win the war on terror is to let terror fight terror!

No, we should not resort to such barbarism!

But as the world allegedly did in the Iran-Iraq war (and so many other conflicts), we armed both sides and let them go at it.

Similarly here, let ISIS and Iran’s terrorists duke it out until they are both gone for good or hopefully they come to their senses and stop the madness once and for all!

Sure, carrots are preferable to a stick, but have any of the carrots worked at all or are we not at a global terrorism all time high after 16 years fighting the war on terror since 9/11.

Why wait until ISIS and/or Iran hits us again and again with terror wave after terror wave or eventually with unfathomable weapons of mass destruction?

Devil kill devil–and let peace and sanity reign supreme for the rest of the civilized world. 😉

Back in primary school, the kids used to call these “daddy long legs”.

Like everyone else, I’ve had the opportunity to see one of these, but never two in such a compromising pose.

The other day watching a action movie, one character asks another, “So which are you scared of–snakes or spiders? Everyone is scared of one or the other.”

The CIA lady says: “Spiders” and later admits, she lied.

The Army Ranger lady says: “I’m not scared of anything.”

Two different philosophies on defeating the enemy–do you overcome them with strength, courage, and bravado or perhaps you mislead them with deceit and cunning or with both approaches.

In any case, the other saying that this photo reminds me of from childhood is “bees do it, birds do it” and now I know that spiders do it too. 🙂

Combine the Seattle Children’s Hospital Hemoncology Unit with Kelly Clarkson’s song “Stronger,” and you have the true essence of bravery and hope.

Having recently been in the hospital for a short time for my own health issues, I know how difficult it can be–how defeated it feels.

It is amazing when someone brings you just a glimmer of hope, how much stronger you can feel.

For me, my family with me made a world of difference, but also when they brought me a laptop connecting me back to the world and giving me the ability to write and express myself.

Other hospital visits for other health issues have been longer in the past–and I want to run out the door, and there was a time that I actually did–walking around the grounds in my hospital gown–any way to be free.

Having the freedom to help yourself, be yourself–and not just lay there–is a true gift.

When I see the little boy racing around the hospital floor in his go-car with the I.V. hanging off the back, I am inspired.

As when I see the victims singing, dancing, and holding signs of hope and strength.

May G-d have mercy on our ill and downtrodden and raise them up up to be stronger indeed.