I love this organization, Think Dignity.

They do hands-on advocacy and activism to help the homeless.

While others looks away, they jump in to actually do something real.

They actually bring mobile showers to them!

The video show on the left, one person living a regular life with a home, job, and everything they need, and on the right, another person down on their luck, homeless and needy.

Both are G-d’s creatures–one just needs a fresh start!

At the end of the video, it says:

I hope you are truly moved in the same way that I am by this organization and their beautiful mission and meaningful outreach activities. 😉

Some thoughts today on what is wisdom:

– Knowing you know nothing–and you can prove it (ah, humility)!

– Knowing when to ask–like the infamous directions when you’re lost or how to use the latest new technology.

– Learning from all others (everyone has something they can teach us).

– Wisdom = Knowledge + Experience (you’ve gotten an inkling about some truth out there, and you’ve had a chance to test it out).

– Seeing that people’s outer bodies are just the superficial, material cover for their inner souls.

– Realizing that doing for others is so much more rewarding than doing for ourselves.

– Following the great truths of morality and responsibility.

– Keen awareness that we are not alone in the universe–G-d is everywhere.

I thought this was a good and important customer service principle:

“Don’t make me go through NO
To get to YES.”

When it comes to customer service, the default for reasonable requests from good customers should always be YES!

We can either make the experience miserable for the customer and leave them fuming, never coming back, and bad-mouthing us or we can make it fair, easy, accommodating, and a WOW experience!

Why not build your customer base and reputation for excellence rather than erode it?

This was some amazing sculpture at the Hirshhorn Museum in Washington, D.C.

This “Big Man” is just sitting in the corner at the top of the escalator.

Sitting naked and looking deep in thought and down on his luck.

In a sense, as we sit or stand in front of our Maker, we are all naked bearing witness to our transgressions and trespasses.

What are we to do when we give in to weakness?

We see people looking around and hoping no one is seeing them as they try to get away with doing the wrong thing.

But as my Oma (grandmother) used to say in German to me:

Our souls, and the souls of those that came before us, and those that will come after us, are all around us, without limitation to time or space.

Our nakedness is revealed no matter what we use to try to cover up with.

Hunched in the corner, we don’t really know what to do, but to try to do better with each and every next time.

We have opportunities to right the wrongs, if we get up and exert self control and overcome our mortal and character weaknesses.

Then our nakedness won’t be foul in sight and smell, but will be radiant, with our spirits having risen to the occasion of what we can be as the children of G-d. 😉 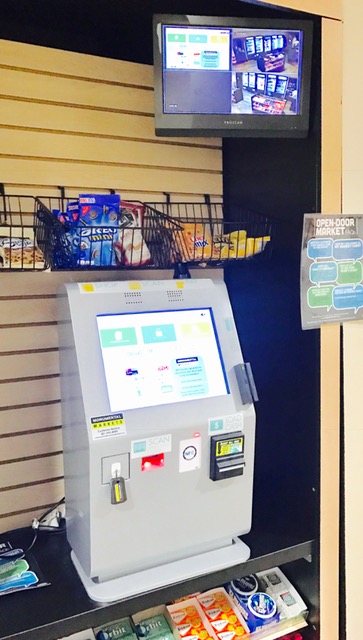 So this open-door market has no workers there.

Someone comes in to stock the shelves periodically, and that’s it!

It’s completely automated of workers, and only has this automated kiosk for check-out.

As you shop, there are cameras watching you, so you don’t steal anything.

Then you go to the checkout and like in other stores, you scan you items and pay with your credit card, but the difference is that it’s without anyone else around at all.

Can you imagine someone would leave there business and there is no one watching you, except the cameras.

You’re on your honor system.

Talk about people losing their jobs to automation and robotics!

So even if someone does steal 1 or 2 things, it’s a minor loss to the owner compared to paying someone to stand there and check people out all day (salary, benefits, payroll taxes, workers comp insurance, and more).

What if the camera isn’t even real and it’s just a dark cone, so you are just left to think that you’re being surveilled…another savings for the owner.

Now imagine if we all internalized this thought in life that we were under the watchful eye of our Maker, and everyone would do the right thing even when no one else was there watching. 😉 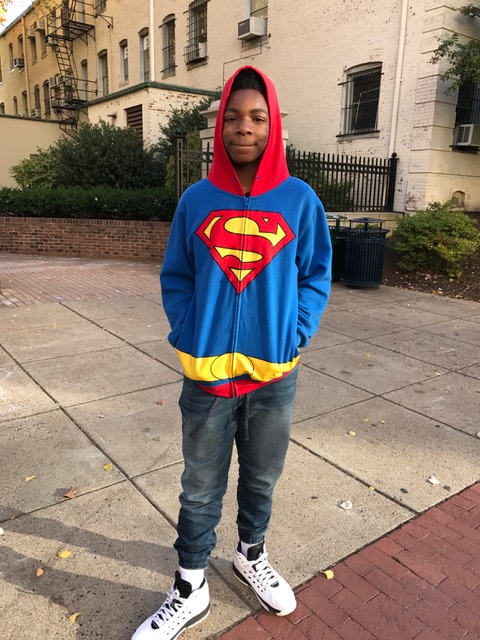 So this is a very cool sweat jacket with the Superman and all look.

We all like to think of ourselves as possible superheroes.

Whether we dress the role or not, the most important thing is acting it.

Every day, we face circumstances and decisions and we have to decide whether we rise up to the occasion as the superhero or we acquiesce to what’s easy or lucrative and do the villain thing.

From the time we are kids, we glorify the superheros not just for the awesome cool powers they have, but for doing something amazing to help people and the world with it.

Somewhere from being a kid to a grown-up, many people end up letting go of that superhero dream as they face the harsh realities of life everyday.

But deep down inside all of us is that superhero!

Good over evil is not just a story for children’s bedtime or imagination, but it is our battle to be fought and won–that’s what a good life is for those that never lose their fundamental beliefs. 😉

So today another amazing mystical and holy 613 (commandments in the Torah).

This one is a country road between Pennsylvania and New Jersey.

Tomorrow, in my next post, I hope to show you where this road is personally taking us now.

(Source Photo: With gratitude to my dearest sister, Roz Blumenthal)

So after the Rabbi’s speech today on the Halachic Organ Donor Society, I joined up to be a donor.

I had always believed this was the right thing to do, but knowing that there is a kosher way to do it, sealed the cause for me.

There are more than 123,000 Americans that need lifesaving organ transplants and every 10 minutes another name is added to the national organ transplant waiting list, so if I don’t need mine any more, I’d like to help someone that does.

While ideally, I would like to return my body to G-d in pristine condition the same way that I received it, I realize that life wears away at us and moreover, sometimes tragedy (G-d forbid) strikes.

Of course, I hope and pray for a long and healthy life, but if we are in a position to help, how can we not be there for those who need us in one last giving moment. 😉 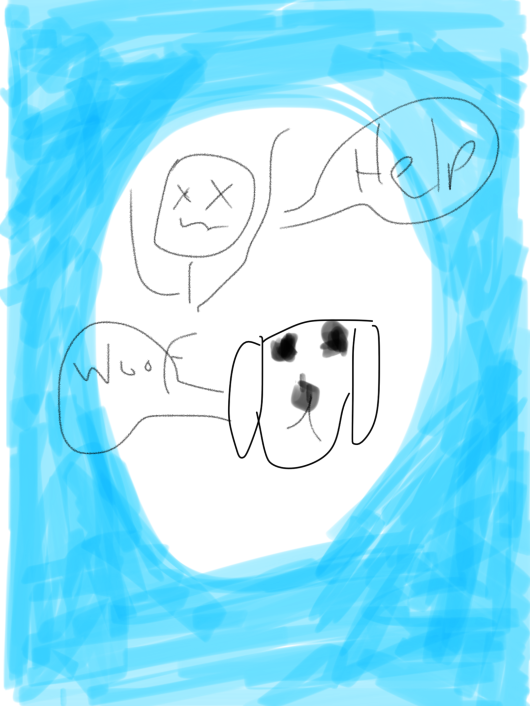 So a teacher recently gave her students a scenario with the following moral dilemma:

An important and talented surgeon who has saved many lives in the past and will surely save many more in the future runs across an old man who has slipped and fallen under the cracking ice into a lake after trying unsuccessfully to save his puppy from drowning.

The old man is trapped and will freeze to death in short order.

Should the surgeon walk across the breaking ice and risk his own life to try and save the old man?

The vast majority of students’ responded…that the surgeon should try and save the old man.

When asked why they thought that, most said because otherwise he would feel guilty afterwards.

Thinking about that it seems like a funny reason to do something dangerous, heroic, and maybe utterly stupid…so as not to feel guilty.

– Every life is valuable!

– Helping people even at our own risk or peril is what we do for our fellow human beings.

– We would want others to help us if we were in trouble, so we should do that for them.

While we can’t judge someone else for how they react in situations of genuine moral conflict, we can teach the younger generation that doing something good for others is about more than just not feeling bad or guilty afterwards (for being lazy, selfish, or making the wrong call in the situation).

Making moral judgements is about choosing in every situation to try your best to do what’s right, help people, be a good influence, take responsibility, and generally act selflessly, but not recklessly.

Regret stinks (and can be truly painful), but missing opportunities to live a good, meaningful life is much worse. 😉

The Rabbi was there welcoming students and Jews from around town to a sweet BBQ luncheon in the sukah.

And the students were making the blessing with the Rabbi on the lulav and esrog for the holiday.

As always, Chabad is out there making a difference in Jewish lives, helping them do mitzvot, and spreading cheer and unity wherever they are.

We are so lucky to have wonderful Lubavitch chasidim all around the world helping Jews be better Jews. 😉