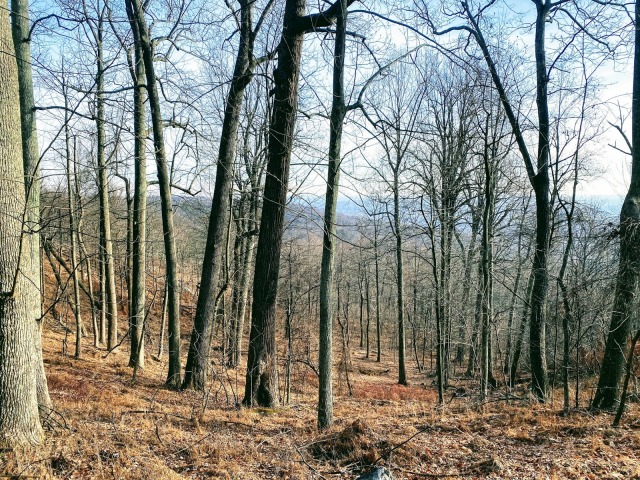 When I was a kid and I went to the supermarket with my mom, I remember always seeing the “Andy Boy Broccoli” in the produce aisle.

Of course, I was always curious why Broccoli was called Andy Boy–what boy or any kid for that matter likes to eat broccoli???

And like most things in life, there really wasn’t a good answer except that this company, “Andy Boy” grows and distributes it.

Anyway, I was always a nature boy feeling most at home and at peace in the countryside.

I love being in nature, surrounded by G-d’s amazing beauty, and at one with the universe and with G-d.

In building all our great cities, buildings, and structures, aside from the crowding, pollution, crime and traffic that we have consequently, we have also lost something elementary to our lives with the absence of real nature.

A park is not a forest.  A pond is not a river.  A plant is a not a lush valley.  A garden is not a farm.  A hill is not a mountain range.  A pet is not a teeming ecosystem of diverse life.

The city is man made and fake, but nature is from G-d and real. 😉

Three notables on the value of pain:

1) Pain is a warning of dangerous threats and helps safeguard us.

2) Pain that doesn’t kill us makes us stronger!

3) Pain lets you know you ain’t dead yet.

Then again, nothing wrong with a little pain relief. 😉

Just thought this was a really interesting photo.

The way the rain splattered down the side of this building.

The water hitting only on top and then trickling down the side like a big spill.

“The rain in Spain falls mainly on the plain,” but in Washington, D.C., it falls down the side of the buildings in these weird artistic patterns.

When I was a kid, I remember when it rained, my father would tell me positively and jokingly, “Ah, we’re getting a free car wash today!”

Isn’t it amazing how G-d made the world where it rains, and provides us not only the water to drink and sustain ourselves, but literally a shower to clean our cities and wash away the dirty excesses.

The ecosystem is just an amazing array of literally everything we need and with checks and balances to keep the goings-on of the world suitable for His children. 😉 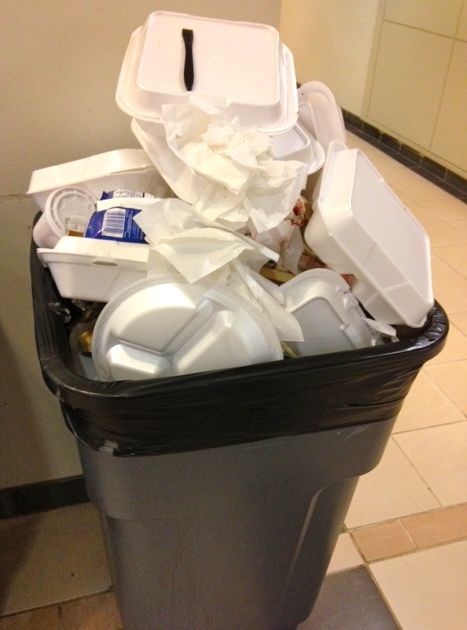 Okay, it takes a big man to admit when he’s wrong.

After testing the Galaxy S4 for the last 5 days, I can honestly say, I was wrong!

I hate the Galaxy device, and am returning it tonight!

Despite a dearth of recent innovation from Apple, their iPhone is SO MUCH better than the Galaxy.

Do NOT listen to the stats comparing them!

The battery on the Galaxy was horrendous, and after never running out of juice on the iPhone, I got a warning message yesterday on the Galaxy that the battery was almost dead after only 8+ hours of use!

Also, syncing it up with my car system was clumsy and annoying compared to the iPhone which did it seamlessly everyday.

Even simply syncing up music, videos, and so on with iTunes required a 3rd party app to facilitate this.

Checking email was a pain as there were separate icons for Gmail and the for all other email (yahoo etc.), so this very basic feature was not consolidated.

The cheap material on the Galaxy, even with the nice case I got, made it feel like the crappy buttons would break anytime.

But most important, the integration of the Apple iPhone ecosystem is so much tighter than on the Galaxy–whereas everything on the iPhone works the first time and every time, the Galaxy is an annoying hit or miss.

Everything on the Galaxy felt to me like more clicks, more annoying messages, less intuitive interface, and like I just wanted to toss it into the trash.

When the lady said she completed my switchback over to the iPhone, I only had one thing to say–thank G-d! 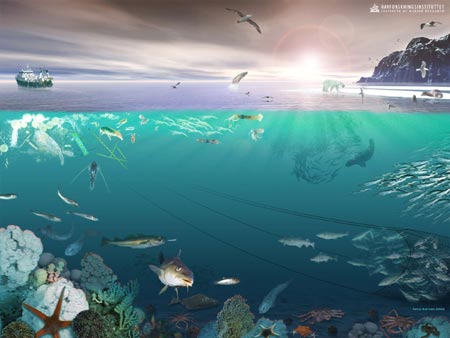 The New York Times (27 November 2011) has an interesting article under “bright ideas” called Turn on the Server. It’s Cold Outside.

The idea in the age of cloud and distributed computing, where physical location of infrastructure is besides the point, is to place (racks of) servers in people’s homes to warm them from the cold.
The idea is really pretty cool and quite intuitive: Rather than use expensive HVAC systems to cool the environment where servers heat up and are housed, instead we can use the heat-generating servers to warm cold houses and save money and resources on buying and running furnaces to heat them.
While some may criticize this idea on security implications–since the servers need to be secured–I think you can easily counter that such a strategy under the right security conditions (some of which are identified in the article–encrypting the data, alarming the racks, and so on) could actually add a level of security by distributing your infrastructure thereby making it less prone to physical disruption by natural disaster or physical attack.
In fact, the whole movement towards consolidation of data centers, should be reevaluated based on such security implications.  Would you rather have a primary and backup data center that can be taken out by a targeted missile or other attack for example, or more distributed data centers that can more easily recover. In fact, the move to cloud computing with data housed sort of everywhere and anywhere globally offers the possibility of just such protection and is in a sense the polar opposite of data center consolidation–two opposing tracks, currently being pursued simultaneously.
One major drawback to the idea of distributing servers and using them to heat homes–while offering cost-saings in term of HVAC, it would be very expensive in terms of maintaining those servers at all the homes they reside in.
In general, while it’s not practical to house government data servers in people’s homes, we can learn to run our data centers more environmentally friendly way. For example, the article mentions that Europe is using centralized “district heating” whereby more centralized data center heat is distributed by insulated pipes to neighboring homes and businesses, rather than actually locating the servers in the homes.
Of course, if you can’t heat your homes with data servers, there is another option that gets you away from having to cool down all those hot servers, and that is to locate them in places with cooler year-round temperatures and using the areas natural air temperature for climate control. So if you can’t bring the servers to heat the homes, you can at least house them in cold climates to be cooled naturally.  Either way, there is the potential to increase our green footprint and cost-savings.
Running information technology operations with a greater view toward environmental impact and seeing IT in terms of the larger ecosystem that it operates in, necessitates a careful balancing of the mission needs for IT, security, manageability, and recovery as well as potential benefits for greater energy independence, environmental sustainability, and cost savings, and is the type of innovative bigger picture thinking that we can benefit from to break the cycle of inertia and inefficiency that too often confronts us.
(Source Photo: here)