There is an old adage that:

The enemy of my enemy is my friend

Both bacteria and viruses are enemies of people in that they often make us sick.

If they can make us sick, why can’t they be used to fight and make each other sick (i.e. destroy each other).

Thus, bacteria can be our friend, if we use them to destroy viruses, like Coronavirus.

Why can’t we create a “virus-eating bacteria” (and vice versa “bacteria-eating virus”) to destroy these little monsters that are infecting and killing us?

Let our enemies kill each other!  😉

This is what Israel, a longtime and proven true friend and ally of the United States does:

Iranian Plot on U.S. Possibly Thwarted Due To Israeli Intelligence. 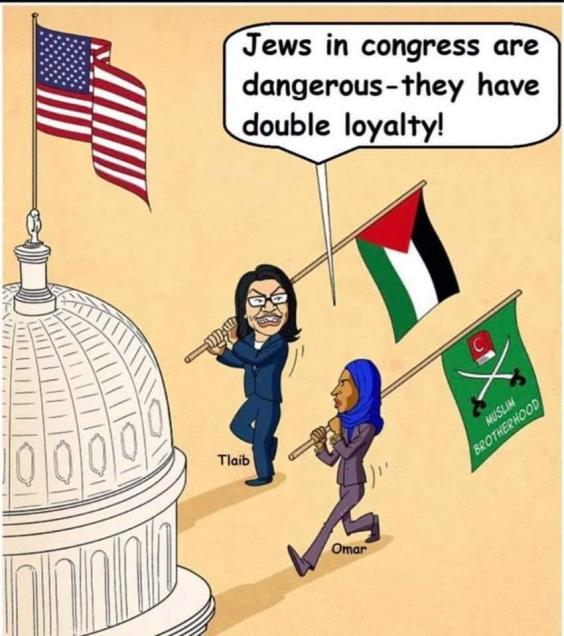 These are perhaps the types of things that non-friends of the United States do:

– Blame the U.S. for the crisis in Venezuela and back Socialist dictator Maduro.

– Falsely blame the U.S. for killing thousands in Somalia.

– Crassly describe the 9/11 terrorist attack on the U.S. as “someone did something.”

– Urge the release of jailed terrorist leader of the Muslim Brotherhood.

– Condemned by the House of Representatives for anti-Semitism.

I love this photo and caption that I saw on Facebook.

Basically it translates from Hebrew as:

“If G-d is with me
Who can stand against me.”

And it’s a picture of someone walking through the split sea like in the exodus from Egypt.

What G-d decrees no man can stand against it.

We need to merit G-d’s standing with us.

You have to do right, speak right, and have the right intentions.

Only G-d can judge whether we are there!

But how amazing things can be for us if we look to the Heavens and merit G-d being with us.

Then no man can stand against us! 😉

So I like this quote by Carl von Clausewitz:

“War is an extension of politics by other means.”

There is diplomacy and then there is war!

When diplomacy fails, then war is what’s left to compel the enemy to come around to your way of thinking and do your will.

As they say, there’s the easy way or the hard way–that’s the dual before the duel.

Either way it gets to resolution. 😉 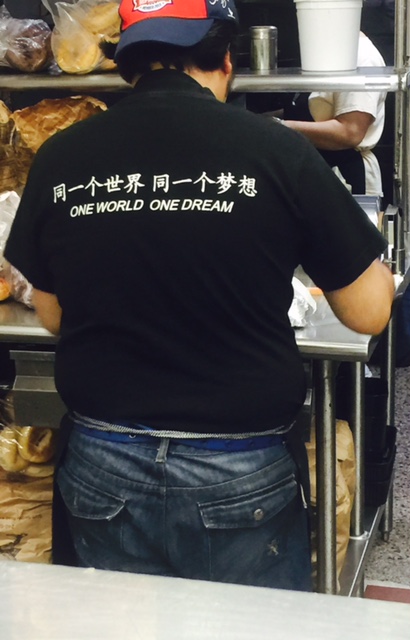 As we live day-to-day in near endless and escalating cycles of hate, discrimination and violence along national, religious, racial, gender and other divides…

It is nice and refreshing to see someone wearing a t-shirt this morning that says:

“One World, One Dream”

I don’t know what the Asian characters above it say…but hopefully, it’s more hopefullness!

Unfortunately, without a common enemy–whether disasters, plague or alien invasion–what divides us normally seems stronger than what holds us together.

Hence, routine murders, maimings, abductions, rapes, enslavement, and harrassment of one neighbor against the other.

We behave like little children fighting for the toys in the sandbox except with consequences that can elevate all the way to genocide or WMD.

As we squabble with each other, perhaps there are moments when we can have the self-awareness and strength of character to actually look in the mirror with some shame for how low we’ll stoop to get our share in a world of divine comedy.

Wouldn’t it be nice for humanity to change ways and instead have compassion on each other (children of G-d), share the toys, and end the miserable hate. 😉

Here are 10 simple points any reasonable person would ask about a Nuke deal with Iran:

1) Iran, of the Axis Of Evil, considers “The Great Satan” (as they call America) their “number one enemy”, they chant “Death to America,” and even hang our President in effigy.

MURDERING AND THREATENING TO RAIN DEATH AND DESTRUCTION ON AMERICANS:

2) Iran threatened brutal attacks on America as well as on the President’s family, and Iranian military documents endorse a devastating EMP attack on the United States.

3) Iran says it will destroy the U.S. Navy, and destroyed a mock U.S. aircraft carrier in February!

DENYING THE HOLOCAUST AND THREATENING ANNIHILATION OF ISRAEL:

7) Iran is a leading denier of the Holocaust, where 6 million Jews were murdered just 70 years ago.

THE WORLD’S LEADING SPONSOR OF TERRORISM AND HUMAN RIGHTS ABUSES:

8) Iran is the leading state sponsor of terrorism worldwide.

9) Iran is the worst human rights offender in the world today.

ONGOING DEFIANCE OF THE WORLD ON NUCLEAR PROLIFERATION ACTIVITIES:

10) Iran continues to hide their dangerous nuclear activites from International Atomic Energy Agency (IAEA), even as they profess cooperation, seek a lifting of sanctions and legitimacy for their nuke program.

(Source Photo: here with attribution to MEMRI via Fox News)

Back in primary school, the kids used to call these “daddy long legs”.

Like everyone else, I’ve had the opportunity to see one of these, but never two in such a compromising pose.

The other day watching a action movie, one character asks another, “So which are you scared of–snakes or spiders? Everyone is scared of one or the other.”

The CIA lady says: “Spiders” and later admits, she lied.

The Army Ranger lady says: “I’m not scared of anything.”

Two different philosophies on defeating the enemy–do you overcome them with strength, courage, and bravado or perhaps you mislead them with deceit and cunning or with both approaches.

In any case, the other saying that this photo reminds me of from childhood is “bees do it, birds do it” and now I know that spiders do it too. 🙂 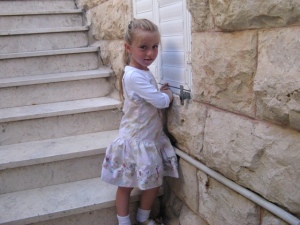 This past week a self-professed Al Qaeda jihadist, trained in the militant camps of Pakistan and Afghanistan murdered in cold blood three Jewish children and a teacher (who happened to be the father of the two boys killed, ages 3 and 6).

The 8-year old girl pictured above was the beautiful daughter of the school’s headmaster and was yanked by hair while the killer reloaded his gun and then shot her in the head, point blank.

A fifth victim, another student, a boy age 17 is critically wounded in the hospital.

The Killer, Mohamed Merah had just the prior week, in two attacks, murdered 3 black French solders as well.

So why did he do it?  He tells us it was to avenge Palestinian children and for the French foreign interventions, as he said on the video “you kill my brothers, now I kill you.”

So now this terrorist with an extensive rap sheet (as many as 18 prior acts of violence) is dead, and yet insanely, the terrorists consider him a martyr.

And while condolences are heard to all victims, is there sufficient outrage at the murder of innocent school children and terrorists’ complete disregard for human life and societal norms?

More than a decade after the tragedy of 9/11 with nearly 3,000 murdered, followed by almost 6,400 U.S. soldiers killed in Iraq and Afghanistan, we still cannot fully come to terms with the enemy we face and the threats they pose.

The people killed in terrorist attacks around the world–whether in a school yard in Toulouse, a luxury hotel in Mumbai, train attacks in London and Madrid, a nightclub attack in the Philippines, a plane flight over Lockerbie Scotland, a truck bomb at the U.S. Marine Barracks in Beirut, a homicide attack at a pizza parlor in Jerusalem, and countless others around the world have stained our consciences with the blood of innocents, so that the girl pictured, killed this week with a bullet to the brain is no longer special to anyone except her family, friends, and people who loved her.

The blood of the victims of terrorism is not cheap and neither is that of Jewish children–it is high time for outrage at the enemy that takes human life so gleefully.