Please see my new article in The Times of Israel called, “Don’t Lose Your Head.”

Woman are notorious in the Bible for taking men’s heads—and I mean taking them!

The great news is that women are awesome fighters, the bad news is that your head is a very valuable thing to lose.

This was quite an interesting picture to put in the National Museum of Women in the Arts.

That is one mighty large scissors that lady is holding.

Uh, she looks a little commando-ish with the jump suit, cap, and sunglasses.

Is she ready for war or for punishing some bad men?

I don’t believe there is a man out there that isn’t spooked by this lady.

There is now a seemingly endless slate of sexual harassment allegations against some of the biggest shots from Hollywood to Washington, D.C.

From the longest-serving Congressmen to the biggest star of morning television news, it seems that no one is sacrosanct.

Is it just that “absolute power corrupts absolutely”?

Or maybe it’s more broadly to be stated, as the Rabbi noted on Shabbat, that:

Men and women are created with sexual urges to procreate, bond emotionally and physically, and enjoy each other.

Men tend to be the stronger than women and are able to have children into old age, and perhaps, it can be said, have the bigger “urge to merge.

Sure, there are women who are normally sexually active, and also those who are perhaps hypersexual (nympomaniac, “cougars,” etc.) and who commit sexual abuse too.

In fact, it was interesting that Wikipedia actually breaks rape down into 4 gender on gender categories:

– Rape of females by males

– Rape of females by females

– Rape of males by females

– Rape of males by males

Issues with physical intimacy and sexual harassment and violence span both sexes, however, it is also clear that:

“Rape affects women disproportionately, with the majority of people convicted being men.”

In the U.S., the statistics show gross levels of sexual violence to women:

– 91% of victims of rape and sexual assault are female.

Also, particularly disturbing is the number of girls and boys targeted:

What type of society have we created, where women and children are not generally safe?

It’s interesting to me in Judaism that there is a recognition of sexual impulse, and that some Hasidim actually wear a “gartel” belt when praying to physically and spiritually separate the upper half of the body with the head and heart, from the lower half with the more animal instincts.

In short, the head and heart need to control the animal part of people.

Unfortunately, this doesn’t seem to be happening in so many cases.

Stunned from the outpouring of sexual allegations nearly everyday now, I said to my wife:

“What is wrong with these people? They have it all: position, power, and wealth; and yet, they throw it all away –including their integrity and reputations–for a five minute lay in the hay!”

Is the animal instinct too strong for the person to control? That just isn’t going to cut it.

As a functioning society, it’s got be completely unacceptable for people to act out sexually or otherwise violently hurt their neighbors.

It’s time for social reform and for the animals to be controlled by the people. 😉

So get how hateful they are behaving in Lebanon…

They have actually banned the movie, Wonder Woman.

Hezbollah is afraid of Wonder Woman!

Gal Gadot, an awesome Israeli actress and model, who plays Wonder Woman is too much for them to handle.

Hezbollah, the terrorist organization in Lebanon–and the proxy for Axis of Evil Iran–has 150,000 missiles aimed at The State of Israel, but is threatened by a pop movie and superhero.

If the culture of democracy, freedom, human rights and peace-loving could overcome the radical Islamists and their terrorism then Wonder Women could become a beloved hero to them too rather than a threat to put in the dustbin along with women’s rights and freedom of religion and expression.

I came across these excellent graphics used to educate and prevent against domestic dominance and abuse.

The first wheel shows how “power and control” are used to instill fear and dominate domestic partners as well as in an overall pattern of relationships with physical and sexual violence:

In contrast, the second wheel displays positive patterns of “equality” in relationships and nonviolence and are marked by the following attributes:

Have you ever noticed a pattern of domestic abuse behaviors that include the following?

– Constantly lecturing on political views the other person should hold.

– Keeping them away from their family and friends.

– Demanding the partner stay home with the kids indefinitely.

– Requiring the other person to be available whenever they want.

Spouses and partners should be your best friend and not your servant or dog to kick when you get home.

Watch out for those who exhibit the bad behaviors and patterns of abuse and violence…and stay safe in good and healthy relationships! 😉

Bad boyz, bad boyz what you gonna do?

When the bad boyz come to hurt the girls.

The bad boyz better watch out.

Feminism is alive and well.

Women are individuals full of rights and fights.

No one will take away what is theirs by G-d given creation of their soul and body.

Whoever tries to is destined to the dustbins of history.

Bad boyz, bad boyz…better recognize that women are people too.

And they are smart, resourceful, powerful, and good.

Sugar and spice and everything naughty and nice.

Ok, admit it or not.

This is certainly something that every man fears: ~Castration Phobia~

Of course, I don’t know what she’s planning, but with that huge sickle-shaped knife and that big disarming smile, I definitely don’t want to find out. 😉 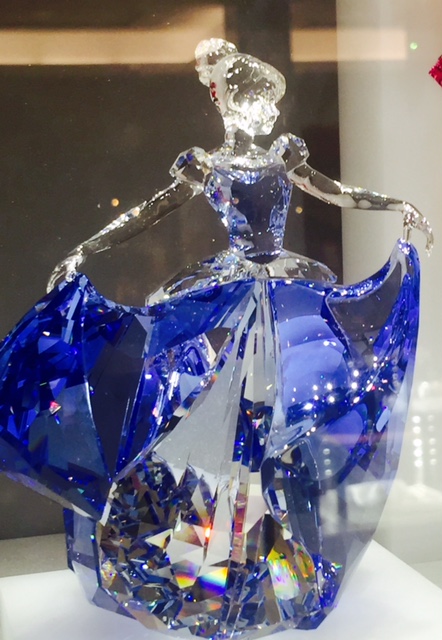 Normally, little girls dream of and are treated as the beautiful princesses that they are.

But not in Rockville, Maryland last Thursday, where a 14-year old, 9th grade girl was brutally raped by two immigrants (17- and 18-years old) in the bathroom of their high school.

She was mercilessly raped multiple times “vaginally, orally, and sodomized.”

One of the attackers had previously been detained at the border, but then released as per the lax standards of border security that were in place by the prior administration.

It is incredible that as a superpower nation, we have not secured our own borders and our homeland.

Unfortunately, there are many stories like this, and I personally know of a girl from the Bronx who was similarly raped in the stairwell of her school.

Forget education or competitiveness, when we can’t even provide a safe and secure school environment for our children.

It is not a strength to let our enemies gain the upper hand, but rather a weakness of our national character–to let bleeding hearts undermine our security.

Sure, we must be empathetic and caring for all people, but this must come hand-in-hand with proper vetting and due precautions.

Every child in the United deserves to be a princess and a prince, and no one here legally or illegally should be allowed to destroy that present or future. 😉

But this guy was protesting something else.

“War is chaos, War is lawless
War ignores our civil rights
Land it poison and our rivers
War inspires both rape and murder
Death of children go uncounted
War betrays all Women’s Rights”

Not sure how he connects this all up with women’s rights at the end, but might as well try, right?

For women to have the rights that they should, they need to fight the good fight too.

That type of war does not betray them, but bolsters their cause.

Everyone who has been abused, enslaved, and discriminated against needs to free themselves of the shackles of oppression.

What we do know is that “war is hell!”

And certainly war is an option of last resort.

At the same time, war can restore the peace and right the wrongs of despots and tyranny and violence and persecution.

War is something to be feared and avoided, until it can’t.

At which time, hell on earth is released, so hopefully peace can ultimately prevail once again.

In war, everyone loses, but with the hope that at the end, good wins!

For woman, today is also the continuance of that war and fight for equality, respect, and proper treatment in every way they completely deserve.

That’s a war worth fighting for. 😉