I heard a great presentation on change management.

Some highlights I really liked:

– The key is NOT to get “emotionally/amygdala hijacked” where our “reptilian brain” in response to threats jumps to:

– Instead, we need to manage change methodically as “transitions” (which are personal and emotional) so that we understand that:

Every Ending is a New Beginning

(G-d does not close one door without opening a new one for us.)

–  When one thing in life comes to an end, this is where there is enormous potential for growth in:

The Reinvention of Ourselves

Release the emotions and be ready to move on!

– In short, it can be difficult to accept change unless we realize that:

And this is the critical place where we can try new things and learn and grow.

So sometimes you don’t know that something is happening until it is too late.

A colleague yesterday told me this great simile:

It’s like when you put a frog in a pot of water and turn up the heat, the frog doesn’t know what’s happening until it’s too late, and he ends up being boiled alive!

With better knowledge of the context, of course, you can have the foresight to act, to fight, to get out, whatever.

Similarly with the frog, if you throw him into an already boiling pot of water, he immediately jumps out, and viola he’s saved.

It’s really important to have good situational and political awareness.

Not everyone out there is so innocent–even when they have a good act and pretend, “Who me?”

Many of them know how to work the system, so that the system works for them.

G-d forbid, when you’re in the way, they’ll often turn up the heat.

And if you don’t realize what going on, you’ll be the frog that’s a not so tasty dinner. 😉

So I learned this interesting thing about the Fight or Flight response.

Fight or flight is not just physically fighting or fleeing, but it has a much more diverse set of responses involved to perceived life-threatening events.

Fighting (turning towards the threat)

1. Physical fighting (Protect yourself with force)

Flight (turning away from danger)

When you recognize that not all issues are life-threatening, then you can lower the intensity of the “Amygdala Hijack” in terms of fight or flight and instead work towards developing mutual understanding, trust, respect, and shared goals and solutions.

I like this saying by life coach Iyanla Vanzant”

“When you see crazy coming, cross the street!”

I remember learning similarly from experts that the first lesson in self defense is always:

That doesn’t mean your not strong or courageous.

It’s just common sense to try to avoid trouble if you can.

When people seriously fight, both usually can end up with a black eye or worse.

And there are truly a lot of crazies out there.

But strength (and preparedness) is always required.

This makes sense as well in the larger context of the USA upgrading it’s nuke arsenal and other weapons systems and platforms to deter enemy aggression.

Thus, peace through strength and of course, prayer! 😉

Thought this was a really good perspective on fear.

“You have two options:

Forget Everything And Run

Face Everything And Rise”

It the old fight or flight!

– Running may be good when you can avoid a devastating fight and get yourself and your loved one to safety.

– But sometimes you don’t have that option and you have to “fight the good fight” and overcome the devils you face.

Everyone is afraid of something(s) and/or somebodies.

If someone isn’t afraid then they are brain dead!

What do you fear and how will you face it? 😉

When people do cr*p to you and they do it maliciously and with intent, and as repeat offenders enjoying their evil ways hurting others.

Invariably, they can end up on the sh*t list.

However, I’ve never actually seen such a list until this.

– Was it a friend, stranger, lover, family, other?

– When did it occur?

It even has a line for your “plan of attack”–whether you confront, ignore, stew, avenge, talk sh*t, or other.

And finally whether the terrible offender is still on or off the list.

While not every offense is a mortal blow and we need to have compassion for people and try to love everyone…sometimes, people can behave so badly and don’t stop no matter how much you try and beg and offer to help them that they just force themselves onto the bad boys/girls list.

We don’t want to have ill feelings to anyone–we are all G-d’s creatures–but what do you do when people go so far astray or have problems so big that they hurt others so bad and so often.

Surely, we need to have understanding and compassion first for people and try to do everything to help them and bring peace to the world, but when your dealing with the true worst of what people have to offer and they lack basic human self-control and decency, perhaps that’s why victims revert as a last resort to their sh*t list. 😉 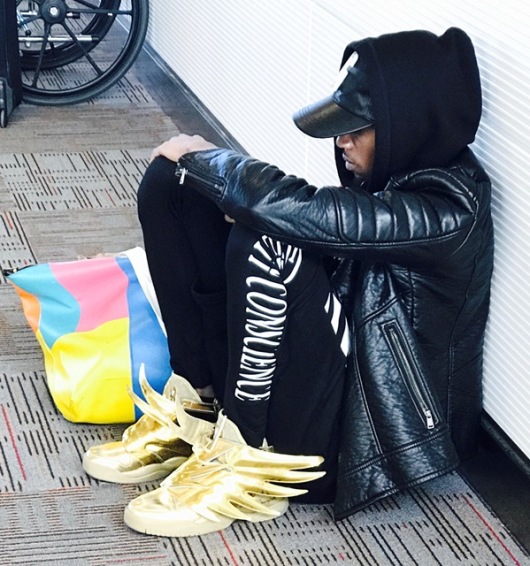 We can all fly.

Not necessarily through the air.

But through life and ultimately in death, we can fight and take flight and soar.

It is our attitude and determination to overcome the hardest of hardships that we face.

We feel the pain for the situations where we fell, failed, and lost control over outcomes.

People who told us what they thought we are and where we can go…our ego busted, our shame written all over us, our regret and fear over what we did or should’ve done differently.

We can’t go back.

We can only go forward.

We can learn, and we can grow.

We can compartmentalize the problems and hurt.

We can pick up the pieces wiser than before and more determined to succeed.

Wings are not just for angels, but also for sneakers and for souls.

I want to fly all around the world, and more so into the heavens to see my Heavenly father and be reunited for eternity with my family and loved ones.

Fly high and unobstructed by poverty, illness, abuse, and loneliness.

Fly and soar beyond anything we could ever have imagined. 😉

My wife told me something good today (first time ever, haha).

There are three types of conflicts:

1) Between Man and Himself — these are our internal conflicts or demons (fears, anxieties, guilt, compulsions, and evil impulses) that we must conquer.

2) Between Man and Man — these are conflicts we have with others and we must resolve them with either empathy, compromise, giving, and forgiveness or at the other end of the spectrum with fight or flight.

3) Between Man and His Environment — these are conflicts that are man-made or natural in our surroundings and may involve scarcity, harsh or destructive conditions, and obstacles to overcome with scientific and engineering problem-solving.

I would add a 4th type of conflict:

4) Between Man and G-d — these are conflicts we have in trying to understand why we are here, what G-d wants from us, and “why bad things happen,” and involve our relationship and reconciliation with and service to our maker.

Basically, these four conflicts are more than enough to keep us busy day-in and -out for our entire lifetime, and either we resolve them and go to the afterworld, or perhaps we have to come back to do some more work on resolving them again. 😉

So when it comes to “Crucial Conversations,” they unfortunately frequently end in silence or violence.

When the “stakes are moderate to high, opinions vary, and emotions run strong” that’s when communication really seems to break down, rather than achieve their goals of working things out.

Like when our lives are in danger and we have the adrenalin rush reactions to fight or flight, similarly with potentially “dangerous” communications, people become aggressive and abusive or shutdown and withdraw.

When your afraid of a negative outcome, either you start hammering others with your ideas and opinions or you exit the conversation and seek safety.

Either way, at this point, there’s no real common ground, negotiation, compromise, or win-win to be easily had…in this pressure cooker poor excuse of a dialogue, it can basically become a tragic win-lose situation.

Perhaps, that’s why there are mediators and neutral third parties that are often brought in to make people feel (relatively) safe again, help them be understood and to understand, and to find a negotiated peace or settlement.

And what happens when even this doesn’t work and communication and diplomacy fails?

Well that’s when people and countries bring out the big guns and they essentially go to war to win what they hoped to achieve with dialogue.

Now words are no longer the only choice, but all options are on the table, and that’s when benign words can quickly turn into more drastic or deadly deeds (aka the children reframe of “Sticks and stones can break my bones, but words will never harm me.”

And there is always the thermonuclear option–people supported it with Japan in WWII and they say they would support it with a Tehran that violates the very generous nuclear deal they received.

Words are a prelude to a possible peace or an unwanted war.

They can be the last chance to work things out the way we hope for.

And if words alone can’t resolve the issue, then blood and treasure is spent and spilt to resolve the otherwise unresolvable. 😉

Some nights, I dream of fighting and others of running for my very life.

This last night, I woke up from the dream, and thought how these instincts of fight or flight are so pervasive in our lives, and even in our sleep.

But more than that, we are literally from the youngest age, programmed for survival (of the fittest).

Kid’s play is not just play, but rather the preparation through acting out of these basic human survival instincts.

Think for a second of some of the most popular games that kids play…the ones that mostly have been around forever, and kids from the youngest of ages gravitate too.

Hide and Go Seek — Running to hide from someone looking to find you.

Play Fighting — Fighting an opponent to see who is stronger and can overcome the other.

Action Figures — Often superheroes and villians that once again, fight each other.

Dress Up — Girls often dress as the beautiful princesses to be admired by boys who are in turn dressed as (macho) heroes that seek to protect them.

Video Games — The most popular ones, first-person shooter (fighting) and racing (running away, faster than anyone else, and over the finish line or into the safety zone).

Whether we are playing games, sleeping and dreaming, or going about our daily life activities, make no mistake, we are in survival mode. 😉