Interesting video demonstration of how botnets work and can literally take over your computer.

In essence, your computer becomes a zombie under the command and control of the botnet sender.

Computers get infected through a trojan or worm, and then the sender has you–they control your computer and information.

Generally, they do this to send spam, steal information, or send out other malware, all under anonymity.

Once infected, the sender has complete control over your computer and can exfiltrate, delete, or change your data, turn on the keyboard lights, add a tail to your mouse, and even format your hard drive.

The malware often can even disable your firewall.

The sender can turn on a keylogger and log your keystrokes, and capture your user ids and passwords to banking and financial institutions, and draw out your money.

The video demos an example of botnets with a variant of the Zeus trojan.

Makes me wonder whether our adversaries are infecting more and more computers, until they have almost everyone–eventually a virtual army.

Then at the time of their choosing, they can conduct one big massive attack, or incremental ones, logging into peoples accounts, stealing their identities and savings, sending out misinformation, destroying data and computers en masse.

We need to be aware of what’s possible, maybe even probable.

Is your computer infected and you don’t even know it yet?

Here’s a riddle: When is a computer virus not a dangerous piece of malware? Answer: when it is hidden as Frankenstein code.

The Economist(25 August 2012) describes how computer viruses are now being secretly passed into computers, by simply sending a blueprint for the virus rather than the harmful code itself into your computer–then the code is harvested from innocuous programs and assembled to form the virus itself.

Like the fictional character, Frankenstein, that is stitched together out of scavenged body parts, the semantic blueprint pulls together code from host programs to form the viruses.

This results is a polymorphic viruses, where based on the actual code being drawn from other programs, each virus ends up appearing a little different and can potentially mask itself–bypassing antivirus, firewall, and other security barriers.

Flipping this strategy around, in a sense, Bloomberg Businessweek (20 June 2012) reports on a new IT security product by Bromiumthat prevents software downloads from entering the entire computer, and instead sets aside a virtual compartment to contain the code and ensure it is not malicious, and if the code is deemed dangerous, the cordoned-off compartment will dissolve preventing damage to the overall system.

So while on the offensive side, Frankenstein viruses stitch together parts of code to make a dangerous whole–here on the defensive side, we separate out dangerous code from potentially infecting the whole computer.

Computer attacks are getting more sinister as they attempt to do an end-run around standardized security mechanisms, leading to continually evolving computer defenses to keep the Frankensteins out there, harmless, at bay. 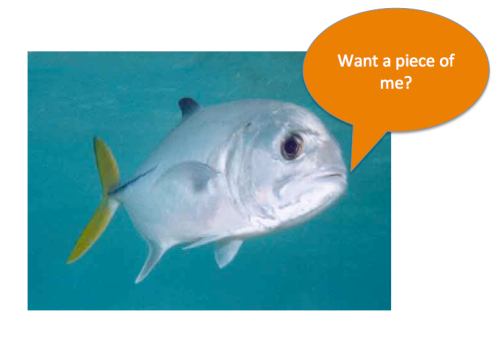 Phishing is an attack whereby someone pretends to be a trustworthy entity, but is really trying to get your personal information in order to steal from you or an organization.
Phishing is a type of social engineeringwhere fraudsters try to deceive and spoof their victims by sending email or instant messages (or even by calling) and pretending to be a legitimate private or public sector organization. They then either request personal information, provide links to fake websites, or even create unauthorized pop-ups from legitimate websites to get you to give them your personal data.Additionally, phishing emails can contain attachments that infect recipient’s computers with malware, creating a backdoor to control or compromise a system and its information.

In all of these cases, the intent of phishing is impersonate others and lure consumers into providing information that can be used to steal identities, money, or information.

The word phishing alludes to the technique of baiting people and like in real fishing, fooling at least some into biting and getting caught in the trap.In this fraudulent type, perpetrators pretend to be legitimate financial institutions, retailers, social media companies, and government agencies in an attempt to get you to divulge private information like date of birth, social security numbers, mother maiden names, account numbers, passwords and more.
Once criminals have this valuable information, they can commit identity theft, break into your accounts, and steal money or information.Spear-phishing is a derivative of this scam that is targeted on specific people, and whaling is when the scam is perpetrated on organization executives or other high profile targets,  which can be especially compromising and harmful to themselves or the organizations they represent.
The first recorded phishing attack was in 1987.  Over the years, the prevalence of these attacks have steadily increased. According to the Anti-phishing Working Group (APWG), there were some 20,000-25,000 unique phishing campaigns every months through the first half of 2011, each targeting potentially millions of users.  Additionally, as of March 2011, there were as many as 38,000 phishing sites.  The most targeted industry continues to be financial services with 47% of the attacks.
There are a number of ways to protect yourself against phishing attacks.
Whether you consider yourself a big fish or a small fish, beware of those trying to catch you up on the Internet–hook, line, and sinker.

>Firewalls have traditionally been used to “wall off” the enterprise from computer attack, but now intrusion-prevention systems are augmenting the organization’s defenses.

Firewalls are intended to keep intruders out. However, because certain traffic, such as email, needs to get through, holes or open ports allow in traffic that can carry viruses or malware into the network.

Intrusion-prevention systems work differently—they don’t wall off the enterprise networks like firewalls, but rather like a metal detector, they filter or scan every piece of traffic entering the organization for suspicious activity, and reject any item that is identified as a threat.

According to Wikipedia, Intrusion prevention systems (IPS)… [are] a considerable improvement upon firewall technologies, IPS make access control decisions based on application content, rather than IP address or ports as traditional firewalls had done.

Intrusion-prevention systems can be hardware that is physically attached to the network or software that is loaded onto individual computers.

Yes. “According to the Computer Security Institute 2007 Computer Crime and Security Survey, the average annual loss suffered by U.S. companies from computer crime more than doubled last year to $350,424 from $168,000 in 2006. And these reported losses tend to underestimate the number of attacks.”

Gartner analyst recommends antivirus on PCs and an intrusion –prevention system on the network.

Are there any problems with intrusion-prevention systems?

One of the biggest issues is false positives, which if not adjusted for will block desired incoming traffic. One way to handle this is to use the intrusion-prevention system to “detect threats and flag them,” rather than simply block them altogether. Additionally, the organization can adjust the filters that they may not need. This is the tuning required to ensure performance in terms of network speed and an appropriate level of filtering.

If your organization is not using an intrusion-prevention system, this is something your enterprise architecture needs to plan for and implement ASAP.

According to the Wall Street Journal (WSJ), 11 December 2007, professional hackers are getting smarter and more sophisticated in their attacks and this requires new IT tools to protect the enterprise. Here are some of the suggestions:

From a user-centric EA standpoint, information security is paramount to protect the enterprise, its mission execution, its employees, and stakeholders. As the WSJ points out, “breaches of corporate computer security have reached epidemic proportions. So far this year more than 270 organizations have lost sensitive information like customer credit-card or employee social security numbers—and those are just the ones that have disclosed such incidents publicly.” EA must help the chief information security officer to identify these enterprise security threats and select appropriate countermeasures to implement.