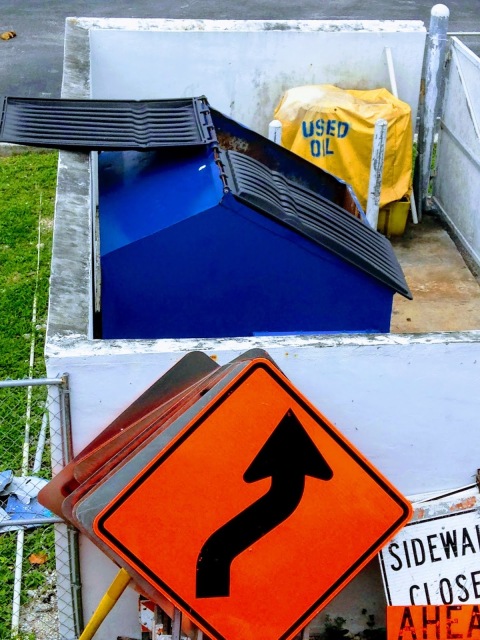 So I’ve been helping some family members with some really big decisions lately.

As we all know, there are pros and cons to every alternative.

I remember how you can diagram decisions out like the branches of a tree with probabilities for each branch to try and get to the highest value decision.

The problem is we don’t know everything that may happen down the road or even know the probabilities for each possibility–or as they say:

So it’s hard to make a great decision and not second guess yourself.

You can “what if” yourself to sleepless nights and death and never decide or do anything meaningful.

We have to make the best decisions we can usually with limited information.

Using gut or intuition is not a solution either–those can end up being very wrong especially when we let our raw emotions dictate.

So I do not take decision-making for myself or helping others lightly, especially my family.

I want to protect them and help them make good decisions that will bear fruit and joy down the road.

I definitely don’t want to waste everyones time and efforts and lead them or myself down a dead end or worse off of a cliff.

In the end, we have to turn to G-d and whisper:

Oh G-d, please help us to make the right decisions, because only you know what the results will be from it.

And so, I am definitely whispering!

At the same time, we need to move forward and not let fear and doubt get in our way of living.

Yes, we have to be prudent and take calculated risks (everything worthwhile is a risk), but also, we have to look at the potential rewards and the costs for these (every decision is an investment of time and resources) and then just try our best. 😉 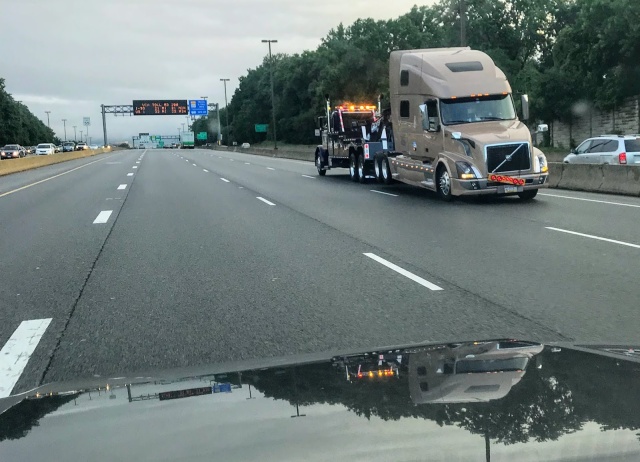 So this was interesting.

I was coming up the highway.

In the distance, there looked like there was a large tractor-trailer heading towards me.

I had to take a double take, because this truck was on my side of the divider…Oh shit!

It was only as I got closer that I could see that the truck was really being towed in reverse by a tow truck.

This is a lesson in life:

Things may look one way from a distance, and very different up close.

Sometimes, my wife tells me:

But the truth is that you may not really see what you heading towards until it’s right in front of your eyes.

So it’s important to look out over the horizon and study what is coming your way.

But don’t take your eye off the ball (or Mack Truck as it may be).

Things can change your perspective the closer you get to it. 😉 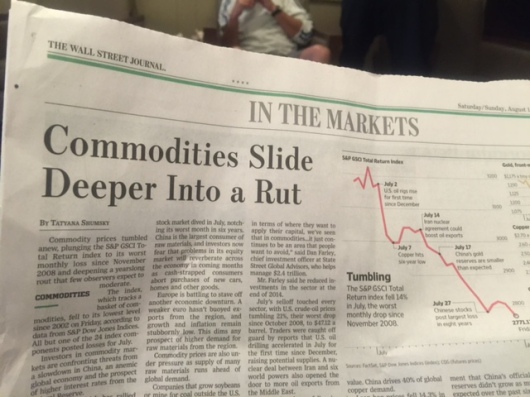 So the world financial markets continue to go haywire.

The Uber glorified taxi service and app (with an almost half billion dollar operating loss) is now valued at–get this–over $50,000,000,000!

When the nothings of this world like a basic cab service become invaluable and the real things that power our homes, technology, transportation, and manufacturing become valueless–then we know a day of painful financial reckoning is coming.

The markets can stand on their head for only so long before the blood rushes in and people become dizzy and see spots.

A reversion to the mean is the one something here that is inevitable, along with a pretty decent recession to boot. 😉

Want to know who is going to win the Presidential election?

With the rollout of 7-Election, they have accurately predicted the last 4 elections.

So get out and cast your…cup of coffee?

The red is for Romney and the blue is for Obama (and there are neutral cups for those still undecided voters).

So far, from what I can see here, this is literally neck and neck.

My best guess is that the donuts sell out first–especially the chocolate eclairs.

Disclaimer: This is not an endorsement of any candidate or coffee/donut.

And includes an exhaustive list of technology categories for the following:

Further, specific technologies are informed by their:

Additionally, what I really like about their online version is that when you hover a technology, you get a decent description of what it is.

Looking in the out-years, it was great to see cool innovations such as machine-augmented cognition, retinal screens, space-based solar power, programmable matter, and anti-aging drugs–so we’ll be overall smarter, more connected, exist in a more energized and malleable society, and live long-enough to appreciate it all. 😉 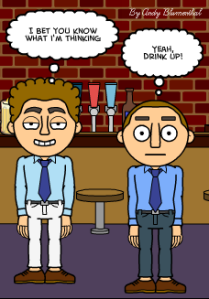 Trends help us to see where things are coming from and potentially where they are going.

There is a Cisco Visual Networking Index (VNI) Forecast for 2010-2015 that projects global IP traffic (voice, video, and data) and the numbers are ginormous!

Here are some highlights from their highlights for where we will be in only 3 years–by 2015:

– Annual global IP traffic will reach one zettabyte (which is about 100 million x all printed material in the U.S. Library of Congress (which is 10 terabytes)).

– Devices connected to the network will be 2 for 1 for every person on this planet (and many people who live in 3rd world conditions do not have any devices, so what does that say for how many devices the rest of us have?).

– Non-PC traffic (from TVs, tablets, smartphones, more) will reach 15% and is more than doubling every year (makes you think about when you fridge and toaster are going to be connected to the Internet).

– Video traffic (TV, Video on Demand, Peer to Peer, etc.) will be almost 2/3 (or 62%) of all consumer internet traffic (and services like YouTube, Skype, FaceTime, Hulu are WebEx all play a role as we want to see as much or more than hear what is going on).

The takeaway for me from all this is that truly information transmission is exploding over the Internet, and we will continue to need more advanced technologies to “pipe” it all to where its going and do it faster than ever.

However to build on these forecasts, over the longer term (further out in time, so more risky, of course)–say 20 years or so–some of my colleagues and I studying at National Defense University project the following:

– Safety and health will be monitored through these same “connections” and medicine or other physiological treatments for routine things will be administered remotely through the same.

– Education will be through instantaneous zaps of information to your brain (like in The Matrix) from a universal database, rather than through traditional in-class or online courses.

– Like now, the contextual policy and legal issues will be around privacy and security–and you will need to pay dutifully for each in a world where not only what you say and do, but rather what you think, can get you in lots of trouble.

Okay, for these things to happen by 2032 is probably a little aggressive, but don’t rule any of them out over time.  😉 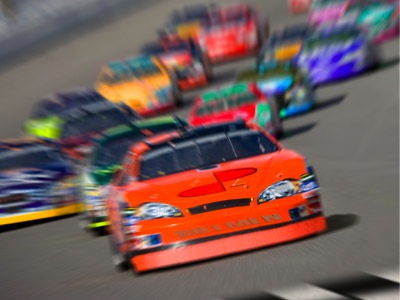 This last week, we learned of the new defense policy that shifts the U.S. from a full two war capability to a “win-spoil” plan, where we have the ability to fight one war, but still disrupt the military aspirations of another adversary elsewhere.

While we would all like to have unconstrained capabilities for both “guns and butter”, budget realities do not permit limitless spending on anything or anytime.

The Wall Street Journal (7-8 January 2012) had an interesting editorial that cautioned against reduced military spending and latched on specifically to focusing too much on the Asia-Pacific region and somehow neglecting other danger spots around the globe.

Basically, the author says it is dangerous for us to put all our proverbial eggs in one basket. As he writes, this single-focus approach or “strategic monism” is predicated on our ability to accurately predict where the trouble spots will be and what defensive and offensive capabilities we will need to counter them.

In contrast, the author promotes an approach that is more multifaceted and based on “strategic pluralism,” where we prepare ourselves for any number of different threat scenarios, with a broad array of capabilities to handle whatever may come.

What is compelling about this argument is that generally we are not very good at forecasting the future, and the author points out that “the U.S. has suffered a significant surprise once a decade since 1940” including Pearl Harbor (1941), North Korea’s invasion of the South (1950), the Soviet testing of the Hydrogen bomb (1953), the Soviet resupply of Egypt in the Yom Kippur War (1973), the Iranian Shah’s fall from power (1979), the Soviet Union collapse (1991), and the terrorist attacks of 9-11 (2001).

Similarly, Fortune Magazine (16 January 2012) calls out “the dangers inherent in…long-term forecasting” and points how almost comically “the 1899 U.S. patent chief declares that anything that can be invented has been.”

The Fortune article goes on to say that a number of the experts interviewed for their Guide To The Future issue stated that “cyberterrorism, resource shortages, and political instability around the world are all inevitable.”

In short, the potential for any number of catastrophes is no more relevant now in the 21st century, than at any other time in history, despite all our technological advances and maybe because of it.

In fact, Bloomberg Businessweek (19-25 December 2012) actually rates on a scale of low to high various threats, many of which are a direct result of our technology advancement and the possibility that we are not able to control these. From low to high risk–there is climate change, synthetic biology, nuclear apocalypse, nanotechnology weaponry, the unknown, and machine super intelligence.  Note, the second highest risk is “unknown risks,” since they consider “the biggest threat may yet be unknown.”

So while risks abound and we acknowledge that we cannot predict them all or forecast their probability or impact accurately, we need to be very well prepared for all eventualities.

But unfortunately, being prepared, maintaining lots of options, and overall strategic pluralism does not come cheaply.

In fact, when faced with weapons of mass destruction, threats to our homeland, and human rights abuses is there any amount of money that is really enough to prepare, protect, and defend?

There is no choice but to take the threats–both known and unknown seriously–and to devote substantial resources across all platforms to countering these. We cannot afford to be caught off-guard or prepared to fight the wrong fight.

Our adversaries and potential adversaries are not standing still–in fact, they are gaining momentum, so how much can we afford to recoil?

We are caught between the sins of the past in terms of a sizable and threatening national deficit and an unpredictable future with no shortage of dangers.

While everyone has their pet projects, we’ve got to stop fighting each other (I believe they call this pork barrel politics) and start pulling for the greater good or else we all risk ending up on the spit ourselves.

There is no option but to press firmly on the accelerator of scientific and technological advancement and break the deficit bounds that are strangling us and leap far ahead of those who would do us harm.