With explosive rays and cloud formations.

This is a definite standout in Tel Aviv showroom.

Very colorful, exciting design, and with all the intended impact. 😉 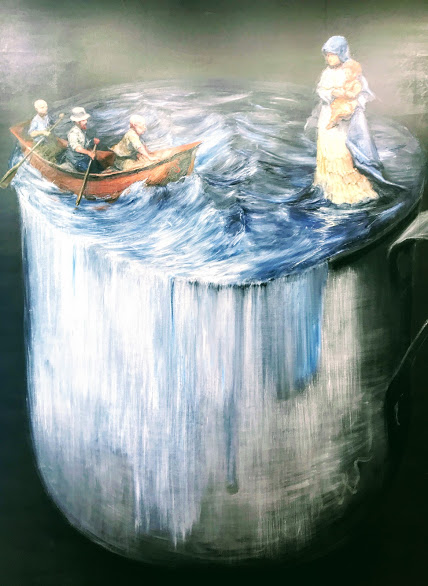 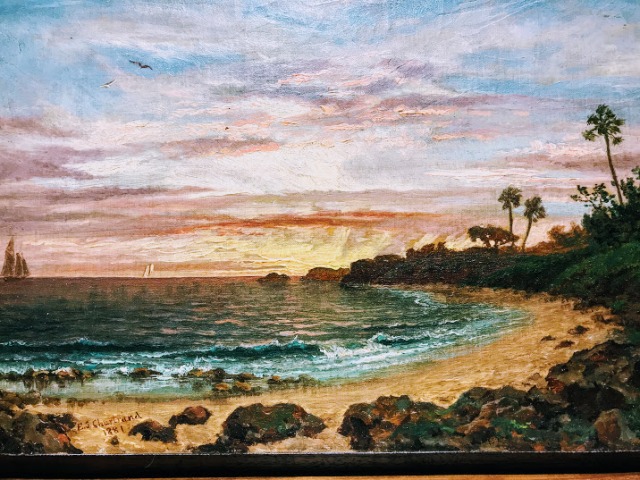 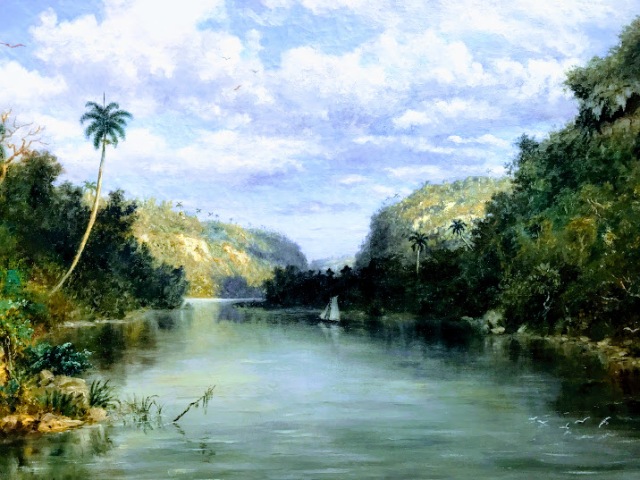 I never knew about Cuban art until we visited Cernuda Arte gallery in Coral Gables, Florida.

They treated us like royalty and gave us a personal guided tour of two buildings filled with works by Cuban artists still at home in Cuba and here in exile.

This was better than many museums that I’ve been too.

I just want to thank the gallery owners and our guide for a wonderful showing and tell them how impressed we were with the art there.

Even while the Cuban people are repressed by their dictatorial leaders, there is so much of interest in Cuba: from their colorful colonial architecture to their cool “oldie cars”, renown cigar smokes, some pretty talented artists, and I’m sure much more.

I pray for the freedom of the Cuban people. 😉

We went to the art galleries in Rockville Town Center today.

They had this video called “Neighbor” by Kanat Akar.

It’s about the life of a 13-year old refugee boy from Alleppo, Syria who migrated to Anakara, Turkey.

The video is eerie and hypnotic as it walks you through the eyes of this little boy and the misery of his life.

While to me it represents the dark side of life, there is so much to be explored and felt from it.

You can’t watch this without feeling like you are there on this dirty, squalor of a road to nowhere, but wanting desperately to know where it ends.  😉 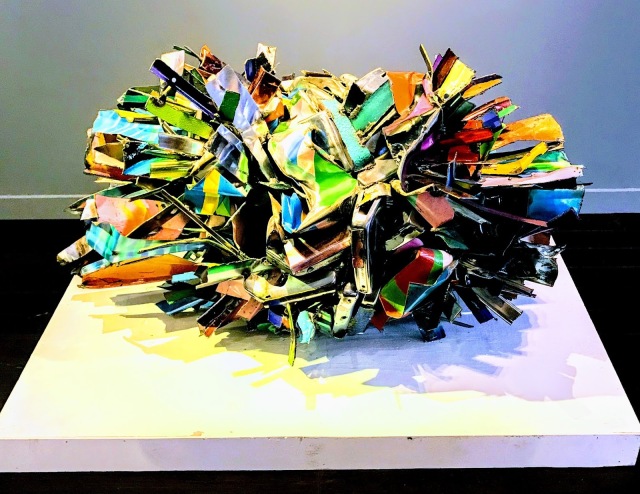 So we stopped in this gallery in Palm Beach.

And there lay this piece of “art”.

The proprietor explained that this is made up of scrap pieces of metal from the garbage dump like from old discarded automobiles.

The artist welded the garbage together, painted it, and voila there it is–some very pricey art.

Who pricey you ask.

No, you’re still too low.

Not even in the ballpark.

Okay, I’ll tell you, but only because you asked so nicely.

All this “art” can be yours if the price is right.

Can anyone say “irrational exuberance” again? 😉

So while we were in Florida, we went into one of the many art galleries.

And on the wall was this painting of the Israeli Flag with the Star of David and inside was a beautiful red heart.

While we were impressed with the painting of the Israeli flag and what it represents as one of America’s greatest allies and friends, we must’ve looked really puzzled at the price, because the lady goes, “Well, of course it’s worth it!  It’s by Peter Max, the most famous artist in the world.”

My wife and I nodded and left the store, and immediately were asking each other why every gallery says with a straight face that the artist that they represent is the “most famous in the world.”

Anyway, at the same time this was going on we were following in the news about the controversy with people burning the American flag and the question of whether this is just an expression of free speech or something more that should be prohibited as disrespectful and unpatriotic or even traitorous to the country.

In that respect, the flag that represents our values, beliefs, and patriotism is valuable beyond pure artistic sense or money, it is who we are and what we love. 😉 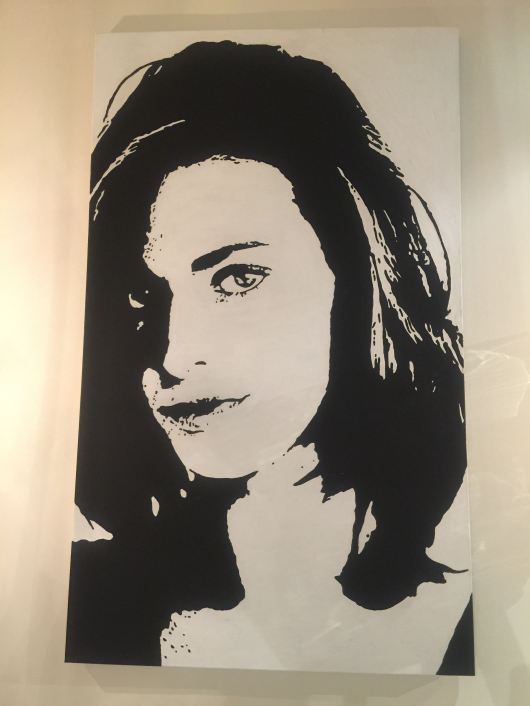 I’m been wanting to post this gallery photo for a while now.

I think this is a great expression of the beauty that some women possess.

The hair, eyes, lips, shape of the face…G-d is a terrific creator!

This makes me think of the song by the Commodores, Lady You Bring Me Up When I Am Down.

BTW, my wife is even more gorgeous (true)! 😉 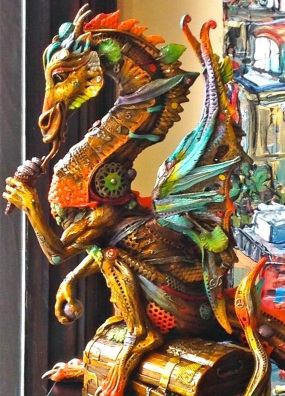 I just thought this Dragon was completely awesome.

The lifelike sculpture and vibrant colors made me stop in my tracks to snap this photo of it in a storefront gallery in Fort Lauderdale.

With all the detail, including it’s scaly skin, muscle tone, and look at the eyes…this creature is amazing.

It’s so interesting though…this dragon is perched on what looks like a treasure chest and appears to be licking an ice cream cone (go figure!)–what happens when it breathes fire?

Anyway I love it…especially when it a friendly-looking dragon like this. 😉