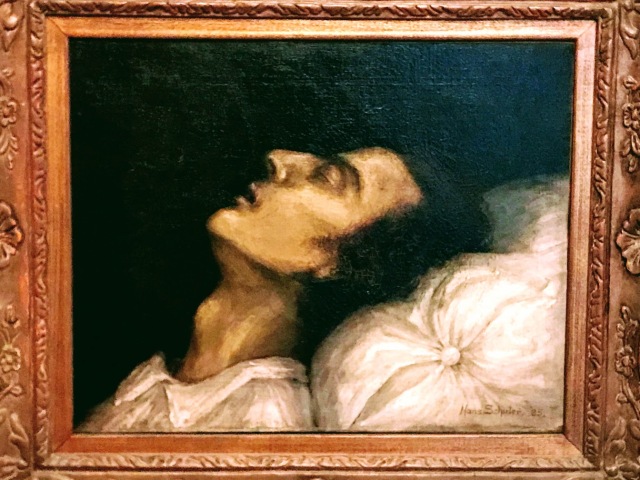 So a lot of people I know get excruciating migraines in the Washington, D.C. area.

I don’t know the statistical incident rate here for migraines, but anecdotally it seems significantly higher.

Is it the weather patterns, pollution, toxic chemicals or something else in this geographic area?

While medicine seems to be critical in actually getting rid of the migraine, I do notice that sustained use of ice packs or freezing water on the head also seems to help.

Cold generally constricts the blood vessels, so I am not sure why this provides migraine relief.

Note: I am not giving medical advise or guidance to anyone, but just sharing my experiences.

I would be interested to see a medical study done on treating migraines with freezing cold–from my experience, I think it definitely helps.  😉

So this was some awesome drumming at the Renaissance Festival today.

The beating of the drums was powerful and in a sense mesmerizing.

It moved the people to sway, to dance, and to feel the power of the moment.

In life, as they say, we all sort of move to a different beat–our own beat!

Recently, I had the experience to meet someone who was a truly wonderful person, but who came from a very different geographical, religious, and cultural background.

There just seemed to be so many misunderstandings as a result, and it wasn’t because anyone was being hurtful or a bad person.

Rather, we were dealing with good people, who just had very different expectations of each other and of life.

The beat was there–like a heartbeat, but the beat wasn’t in sync, so in the end, everyone decided it best to go their own way in blessing, and find the life that would met their needs and where the beat was going to be in tune for them.

In a sense, while we are all the same, yet we are all subtly different whether by nature and/or nurture, we come to situations and to each other with different viewpoints, distinct needs, as well as specific ways to satisfy them and grow us.

Good and bad is beyond the point.

Two hearts beat as one and that is a miracle when it happens.

At other times, two hearts beat each other in their differences and maybe in exasperation and finally in sorrow.

The beats are strong and we search for the beats that uplift us, mesh with us, and make us better when we’re together. 😉

So this is what the state of education in the United States has come to.

We were having dinner last night with another couple.

They asked my daughter, “Do they still teach geography in school? They don’t teach that anymore do they?”

My daughter said, “Yeah, we learned a lot of geography” and gave some good examples both modern and ancient.

So the guy says, “Well I don’t think a lot of other schools are teaching geography anymore, like they used to with us.”

Then he tells us a story how someone they know was asked what the capital of China was.

And he goes to me, “You know, you know [he emphasizes again], what the guy said?”

I looked at him a little puzzled by this question, like what could someone possibly answer to such a simple question, so I said, “Well I hope they said Beijing.”

He nods his head back and forth no, eyes closed, lips pursed, like we won’t believe what he was about to say.

Then, he says, “The guy said that the capital of China is…JAPAN!”

I looked at him my eyes squinting in disbelief, like that can’t be a for real answer, right?

“No,” he says, “That was what this guy thought, can you believe it?”

I said sort of laughing out loud, “Well maybe if World War II had ended differently that would be correct.”

It sort of reminds me of the famous goof when Clinton gave the Russians the now famous “Reset Button.”

It was supposed to indicate a thawing and renewal of peaceful relations, only the word printed on the button was “Peregruzka” meaning a more hostile “Overcharge.”

Maybe the overcharge referred to was prophetic of the West’s losing the strategic Crimea to the Russian blitzkrieg in 2014. How much did that mistake cost us?

I guess it’s not only STEM (science, technology, engineering, and math) suffering in our educational system.

How’s that standards based education reform “No Child Left Behind” (2001) working out?

It definitely seems like some folks are most definitely being left behind if not completely lost in the system.

At this rate, I fear the capital of the United States is now Iran. 😉