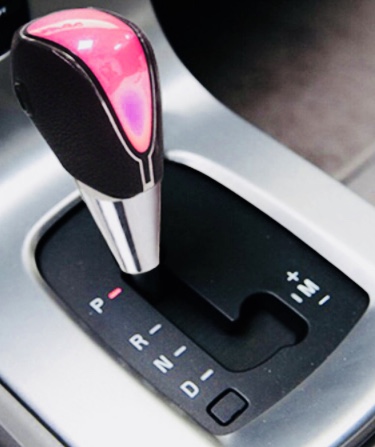 So a friend sent me this hilarious spoof about automatic transmissions, and it goes something like this…

A guy calls up the car service hotline and asks for help with his car.

Well the car works perfectly in the daytime, but it refuses to drive at night.

The lady on the customer service line is baffled.

– During the daytime, I just put the car into “daytime” (D) mode, and it drives fine.

– What’s worse yet, when another car tried to jump ahead of him, he puts the transmission into “race” (R) mode, and he ends up hitting the car behind him!

At this point, the customer service representative is completely cracking up laughing.

Apparently not everyone has the same notion of “drive” (D), “neutral” (N), and “reverse” (R)–and frankly, maybe we shouldn’t take so much in life for granted.  😉

I’ve been wanting to capture this in a photo for some time.

I took this picture from a moving Metro train and one with incredibly dirty windows at that.

It is the phone number for a 24-hour rape crisis hotline.

Underneath the phone number is a picture of a hand picking up a telephone to call.

It is written as graffiti on the wall facing the train tracks.

And around it are radio towers, telephone polls, what looks like transformers, and a barbed wire fence.

It is quite an ominous setting for the ad placement.

To me, rape is one of the most horrendous and brutal crimes.

Ironically, it physically and emotionally violates a person through the very means that most people make love and life.

My first exposure to rape was in the opening scene to the movie Death Wish, where Charles Bronson’s wife and daughter are brutalized–I saw this movie as a little boy and it left a huge imprint on me.

Over the course of my life, I have known people who have been both raped and molested and it changed them forever.

I found these rape statistics online, and even though rape is down 60% since 1993, 1 out of every 6 women in this country experiences a rape or attempted rape at some point.

The Atlantic-2 years ago–reported similar numbers with 18.3% of women who were raped or where rape was attempted.

Honestly, I think the numbers may even be higher, since so many cases go unreported, and according to the American Medical Association is one of the most unreported crimes.

The numbers are outrageously high for a western, modern, civilized country or any nation!

What is even more shocking is that the U.S. is listed as the 6th highest country for reported rape.

Perhaps a large part of this is because we report more frequently in this country, but also maybe because we are more free and affluent and thereby, people are able to partake of vices such as alcohol and drugs, which are associated with sexual violence.

Rape is a horrific act and in medieval times, the crime of rape was often punished with castration or even death.

In Death Wish, Bronson became a semi-crazed vigilante and sought out his own form justice.

Today, in real life, we provide the victims a hotline number to call and the rapists–if they even get reported–and caught, prosecuted, convicted, and sentenced–may get some time or not, who really knows, but we should all care.

A few years ago, I saw the movie Taken (2008) about a 17-year old girl kidnapped in Paris and sold into prostitution. Fortunately, in this movie, the teenage girl’s father is a retired CIA agent, and he is able to get his daughter back and inflict some serious punishment on the traffickers. The scariest scene in the movie that’s been shown repeatedly in the trailer is where the girl is hiding under the bed pleading with her father to help her, when she is discovered and pulled roughly from underneath to disappear into this netherworld of child trafficking and sex abuse.

This week, I saw another movie called Trade (2007) with a similar theme, where a 13-year old girl is abducted outside her home on the streets of Mexico City while riding her new birthday bicycle. The scenes of sexual abuse, violence, forced drugging, and more were enough to send me for an emotional deep dive. In the movie, while other innocent women are trafficked, abused, and murdered, this little girl is saved by her brother and Texas cop who join forces to rescue her (and other children found behind a secret door in the same house) from being sold into sex slavery.

At the conclusion of the movie, the tagline comes up about 50,000 to 100,000 girls, boys, and women being trafficked annually to the U.S. to be pimped out or sold for forced sex–and more than 1 million are trafficked annually across international borders against their will.

According to The Department of Homeland Security U.S. Customs and Border Protection, “There are at least 12.3 million enslaved adults and children around the world at any given time.” I would guess that these numbers are quite understated given all the silent victims around the world that have been silenced by fear, coercion, and violence and so we don’t even know about them and their plights.

Further, The Department of State’s Office to Monitor and Combat Trafficking in Persons has many good resources including information, tips, and training located at that site.

I’ve attached, at the top, the phone number of the Customs and Border Protection hotline to report human trafficking. There is also a non-profit hotline at the National Human Trafficking Resource Center.

While this is frequently portrayed as women’s issue and it is, it is also a family and societal issue that affects all of us. When a women or child is abused, the impact goes way beyond the individual.

I know that I can certainly not understand how anyone can inflict these cruelties on others. Money doesn’t explain it. Circumstances doesn’t explain it. To me, there must truly be such a thing as evil in this world, and unfortunately, we are all witnesses to it.

Look out for others, the way you would want them to look out after your own–maybe together, we can help tilt the scale in favor of the victims.