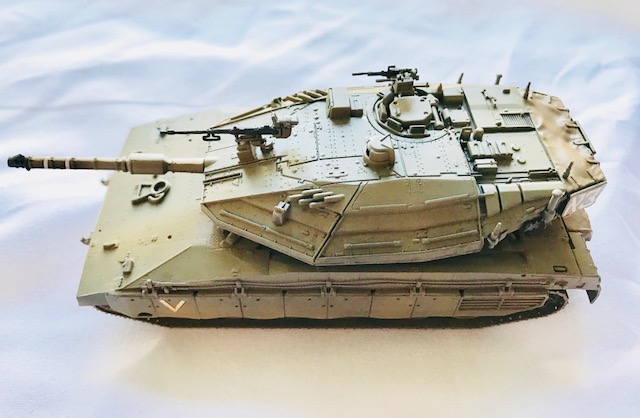 What an amazing birthday gift from my beautiful kids.

A model of the awesome Merkava IV battle tank from Israel.

They know how much I love this tank which the brave soldiers of the IDF use to protect the Holy Land of Israel.

As a son of Holocaust survivors, this gift left me so emotional and literally brought tears to my eyes.

The Merkava IV has the engine in the front to protect the lives of the Israeli soldiers who man it.

To the Jewish people, it’s not the tank that is important in and of itself, but it is its ability to protect each and every sacred life behind it.

That is the noble creed of the Israelite people–nothing is more valuable than human life.

70-years after the founding of the State of Israel–established from the very ashes of the 6,000,000 murdered in the Holocaust–I am so proud to say that IDF, despite being under almost constant threat from enemies near and far, protects the people and country with the utmost bravery, human dignity, and as a true light unto the nations.

They are true heroes! May G-d Almighty bless each and every defender who stands watch over the Holy Land, and may He speedily bring a true and lasting peace to us all.