I just thought this was an interesting acronym that Amazon uses for selling unprofitable knick knacks.

Sometimes, you see people buying stuff, lots of stuff, and it’s not important–often, it’s all a lot of junk.

Maybe they don’t even have a lot of money for this stuff.

However, just the act of buying it–of having some control in their lives and some freedom of the purse–makes them feel good and buy and hoard more and more things.

Likely it ends up in Goodwill, recyclables, the attic, or the trash.

Well you can’t make realize a profit on it. 😉 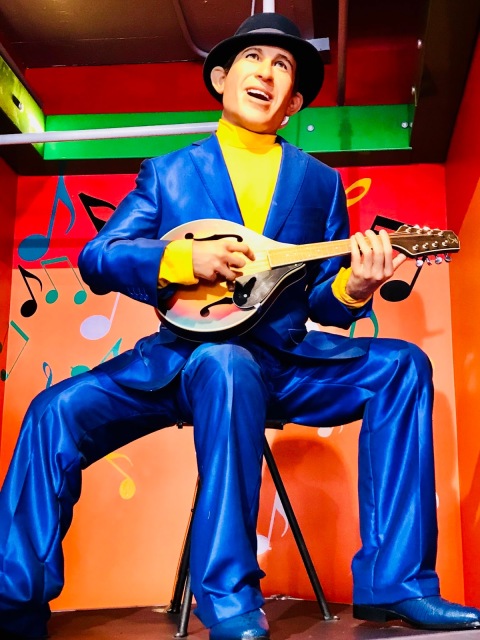 So this is something that I am learning.

When people go to the extreme and focus all their energies on any one area almost to the exclusivity of the others in their life, it usually means they are going wrong.

Some people are “party animals”–life is all about their fun, enjoyment, experiences (and even excessive partying, sleeping around, getting drunk and high), and their very immediate gratification.

Others are all about work–climbing that professional ladder and earning more money, material goods, and more power is the holy grail and also the bane of their existence.

And yet there are some people that are focused on faith, family, and community–they are mothers and fathers, religious students and clergy, community organizers and organizers of charitable events and giving.

The problems is that people need multiple facets of their lives–yes, they need playfulness, interests, activities, hobbies, and fun and joyous times; at the same time, they need intellectual curiosity, professional contribution and achievement, and the wherewithal to be responsible and pay the bills; and very importantly, they need  social, spiritual, and emotional fulfillment from family, friends, giving, and faith.

When a person stands on only one of these legs, like many seem to–they are on wobbly ground and are likely to fall hard and fast.

Even on two legs, something is missing in their lives–they are standing tall, but not strong and stable.

On all three legs, a person can be grounded and able to not just stand for themselves, but able to bear weight like on a stool, and they are can play music and sing and smile, knowing that they have a genuine quality of life that few ever really achieve. 😉

As an enterprise architect, I have always wondered about the trend of outsourcing our manufacturing jobs out of country– where as a nation we erode our manufacturing base and ship this capability to China, India, Mexico, and other countries where labor is plentiful and cheap.

Yes, in the short term we are taking advantage of the lower costs of manufacturing in other countries, but long term, I always questioned the viability of this strategy thinking that surely every nation needs to maintain a core of critical manufacturing and service capabilities and infrastructure to guarantee self-sufficiency, protect itself from eventual global disruptions, and ensure the continuity of its existence.

I believe that some day (and maybe relatively soon), we will regret the near-sightedness of our decisions to move production abroad for the sake of the dollar today.

“The rising costs of shipping everything from industrial-pump parts to lawn mower batteries to living-room sofas is forcing some manufacturers to bring production back to North America and freeze plans to send even more work oversees.”

No, I am not happy that oil prices are soaring and that inflation is looming everywhere, but I am cautiously relieved that perhaps, we as a nation will wake up in time to secure our economic interests at home and not send our entire manufacturing base and capabilities out of country.

Ironically (da!), the further we move our factories away, the more it costs now to ship the goods back home.

“The movement of factories to low-cost countries further and further away has been a bitter-sweet three-decade long story for the U.S. economy, knocking workers out of good-paying manufacturing jobs even as it drove down the price of goods for consumers. But after exploding over the past 10 years that march has been slowing. The cost of shipping a standard 40-foot container from Asia to the East Coast has already tripled since 2000 and will double again as oil prices head toward $200 a barrel…In the world of triple-digit oil prices, distance costs money.”

The other thought that always kept coming to mind was that as we continue to move manufacturing abroad, the increasing demand for labor would drive the cost of labor up, and eat away at the cost differential making the overseas move a moot point.

Again, I read today in the Journal the story I always felt was bound to be told and to continue to unfold: “The cost of doing business in China in particular has grown steadily as workers there demand higher wages and the government enforces tougher environmental and other controls. China’s currency has also appreciated against the dollar…increasing the cost of products in the U.S.”

One problem with trying to bring the jobs back home…

“Much of the basic infrastructure needed to support many industries—such as suppliers who specialize in producing parts or repairing machines—has dwindled or disappeared.”

What goes around, comes around. The jobs (some) are coming home (although net-net, we’re still losing manufacturing jobs). As a country, we‘ve benefited in the short-term from outsourcing, but in the long-term, I believe we’ll have done ourselves a good deal of harm.

Does this sound unfamiliar?

All too often, we behave with short-sightedness and like infants, the desire for immediate gratification. But as enterprise architects, I believe we need to think long term and often defer gratification for long-term competitiveness, self-sufficiency, and survival.