The rocking music, the beautiful colorful outfits, the pageantry, and the adorned white horse.

While this looked like a relatively small and intimate wedding–perhaps quality balances out quantity.

Although one of my good friends from India told me that he had 4,000!!! people at his wedding that was held in a stadium–I can barely even imagine how awesome that was.

So happy…all life should be great times like this. 😉 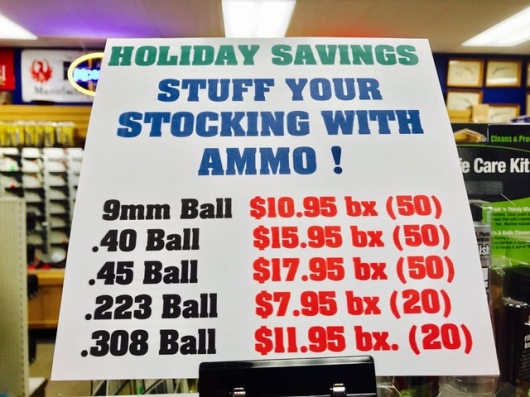 I have never heard so much about the coming of the end of the world, Armageddon, the Apocalypse, and World War III as I am hearing these days…

The world seems to truly be going mad.

And that MAD is as in CRAZY and as in Mutually Assured Destruction.

– 25 years after the end of the Cold War, we are back in a nuclear arms race with Russia!

– Despite being our largest trading and economic partner, we are now going head-to-head confronting China over trade, Taiwan, and the South China Sea!

– While setting some near-term constraints, we have in effect solidified Iran’s getting the nuclear bomb!

– As North Korea continues developing and testing nukes and ballistic missiles, we have no answers for how to deal with them!

Not only have we failed to contain the many threats we face, but also in many or most cases, we have made them worse.

– The Middle East has gone from the promise of an Arab Spring to instead raging in flames and becoming the modern-day killing fields.

– Even as ISIS becomes more dangerous despite having less territory, they are likely eclipsed by Iran’s global terror expansion as a threat to the world order.

– The refugee crisis has meant that ISIS terrorists have infiltrated our borders and are now living among us ready to strike at will.

– There is a real documented threat of a terrorist attack using radiological, chemical, biological, or nuclear weapons of mass destruction!

– The European Union is falling apart and it’s future is unknown.

– Increasing border attacks and escalating tensions are creating a risk of a dangerous Indian-Pakistani War.

Obama has alienated our allies, reduced our stature among the nations, and destabilized the world.

– While people are arguing over the state of hopelessness since the election or from before it, either way, there is huge divisiveness in America.

– Gun ownership is soaring and people are stockpiling ammo.

– Videos have emerged from people in near-death experiences claiming to have vividly seen the coming World War III and the prelude to the coming of the messiah.

– There is even widespread recognition by our space experts that we are woefully unprepared for an errant asteroid or comet hitting the Earth.

Clergy is warning and encouraging us to repent and do good deeds to merit G-d saving us from the coming cataclysm, whatever it ends up being.

I am certainly not a forecaster of doom and gloom, but always try to remain hopeful and encourage everyone to do their best to improve the world.

But I also must reflect on the voices of anger, frustration, and exasperation around the world that are growing ever louder and scarier daily…the latest with Obama’s betrayal of Israel at the United Nations Security Council.

What comes next politically may very well determine whether the end is near or the future gets bright again. 😉

And it features…glass balcony pools!

I doubt you can do laps in these things, but maybe nice just to cool off and enjoy your luxury living arrangements.

Wonder if this up to building code?

Also, if you don’t swim, can you use it as an aquarium or perhaps for catching the fish of the day? 😉 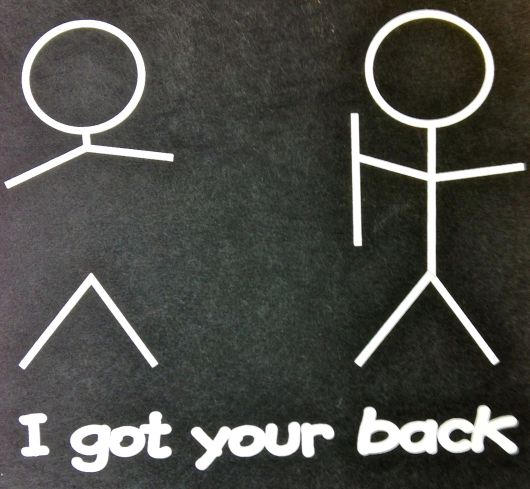 So my youngest daughter is taking her SAT’s.

Where did the years go?

As a parent, what’s my role in helping her prepare?

With all the new technology out there, you’d think I was just a parental annoyance…yeah, in some ways I am.

According to the Wall Street Journal, “parents are too tired, too busy–or too mystified to help” with homework.

And now “digital tutors” are taking their place for about $24 to $45 per hour (and even prorated per minute).

For example, on Tutor.com you can get on-demand tutoring to text chat and do calculations on a shared screen with your kid.

Tutor.com has about 1,200 tutors, 95% from Bangalore, India staffed by “moonlighting or retired teachers, college professors, or [other] professionals.”

Other online resources include Khan Academy with educational videos, Chegg.com with answers to homework problems from 2,500+ textbooks, and StudyBlue.com for sharing “study guides, notes, and flashcards.”

While these online tutoring resources can be a huge help for students, I think that parents can still play an important role.

Recently, my daughter and I have carved out some time every night to sit down at the dining room table with books, scrap papers, and our own flash cards to study, together.

What I am finding is that this is a really special time for us to bond and sort of be in this SAT rite of passage together, where I can provide emotional support and some structure for the studying.

We also have signed her up for a more formal review class as well as some online resources, but I am glad to be a parent to my children and not rely only on canned cloud solutions.

While I don’t know most of the answers and she does–I take that as a good thing. 😉 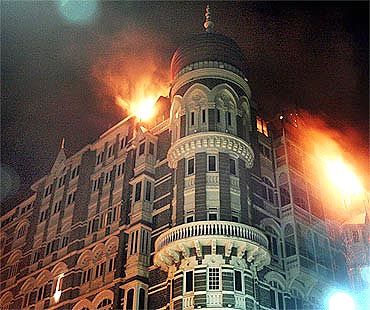 For anyone who has ever stayed at the Four Seasons, you know it is an incredible hotel.

But reading about the Indian version of the Four Seasons called the Taj–it seems like they have taken customer service to a whole new level.

The Tajwhich has been operating for more than 100 years (opened in 1903) has 108 hotels in 12 countries, including of course India, but also Australia, South Africa, the United Kingdom, and even America (Boston, New York, and San Francisco).

Harvard Business Review (December 2011) describes not just the routine day-to-day service provided at the Taj, but rather how they behaved under one of the most trying events, a terrorist attack.

On November 26, 2008, there began a coordinated 10 attacks across India’s largest city Mumbai than killed at least 159 and gravely wounded more than 200. The attack now referred to as 26/11 (i.e. 26th of  November) included the luxury hotel, the Taj Mahal Palace and Tower (i.e. the Taj Mumbai).

The Taj Mumbai suffered at least 6 blasts and “stayed ablaze for two days and three nights” engulfing the beautiful domes and spires of this structure.

But while the hotel suffered significant damage resulting in months of rebuilding, the spirit of service by the workers at the Taj was tested to the extreme and thrived.

HBR describes how Taj staff, hearing the blasts and automatic weapons, safeguarded their guests during the attack going so far as “insisting that husbands and wives separate to reduce the risk to families, offering water and asking people if they needed anything,…[and] evacuating the guests first.”

The Taj staff did not run out screaming–everyman and woman for themselves, but they not only stayed calm and helpful, but they actually put their guests lives above their own.

This is sort of reminiscent of the firefighters, police, and other emergency first responders on 9-11, who ran up the stairs on the burning World Trade Center to save people–but in this case at the Taj, these were not trained rescuers, they were hotel staff.

In another instance at the hotel, according to the article, hotel employees even “form[ed] a human cordon” around the guests.

This again sounds more like the Secret Service protecting the President of the United States, then waiters and waitresses serving guests.

This is not to say that culture is the driving factor here, for example just this December 9, ABC News reports on how a fire broke out in an Indian hospital and killed at least 89 residents,  while the “staff flees” and 6 administrators are subsequently arrested.

So if national culture is not the difference in how organizations and its people treat customers–what is?

HBR explains that it’s really a recipe for customer service and user-centricity.

Starting with a “values-driven recruitment system” where the hotel looks for employees with character traits such as respect for elders, cheerfulness, and neediness (this reminds me of a boss I had that used to say she likes to hire employees “who are hungry.”).

The Taj follows up their recruitment with a commitment to training and mentoring and empowering employees fully to do whatever it takes to meet the needs of its customers at what it calls “moments of truth.”

The values of the Taj go so far toward serving its customers, that they insist that employees actually put customer needs aheadof the company and this is reinforced with a recognition system for those who strive and act for making happy customers.

Is this user-centric orientation limited to just the Taj Mumbai?

Apparently not, when a Tsunami struck at 9:30 AM on December 26, 2004 and killed 185,000 people, the Taj on the Maldives Island affected “rushed to every room and escorted them [the guests] to high ground” and still managed to serve lunch to survivors by 1:00 PM.

Talking about setting the bar high for customer service–how can you beat that?

SHIFT HAPPENS (a.k.a. “Did You Know?”) are a series of terrific videos that illuminate the amazing times of social and technological change we are living in.
(This is one of the videos)
We are fortunate to be alive today!
But we must be aware of all the change happening around us and PREPARE ourselves for a very different future.
Some interesting tidbits from this video that should make you think:
– China will soon be the #1 English-speaking country in the world.
– The 25% of India’s population with the highest IQs is greater than the TOTAL population of the U.S.
– The top 10 in-demand jobs in 2010, did NOT exist in 2004.
– Today’s learners will have 10-14 jobs by the age of 38!
– 1 in 4 workers have been in their jobs LESS THAN a year.
– We are currently preparing students for jobs that don’t yet exist, using technologies that haven’t been invented yet, in order to solve problems we don’t even know are problems yet.
– The number of text messages sent and received every day exceeds the TOTAL population of the planet.
– There are 31 billion searches on google every MONTH.
– 4 EXABYTES of unique information will be generated this year.
– A weeks worth of the New York Times contains more information than a person was likely to come across in a LIFETIME in the 18th century.
– By 2049 a $1000 computer will exceed the computational capabilities of the ENTIRE human species.
All in all, the world is shifting eastward, jobs are becoming more tenuous, information is EXPLODING, and technology is SURPASSING all known boundaries.
What will the world be like in 2, 5, 10, 20, 50 years? Marvelous to be sure!
But are we prepared for all the change is that is coming LIGHT SPEED at us?
Are we getting out in front of it–can we?
It strikes me that either we harness the POWER of all the change or else we risk being OVERCOME by it.
Shift happens, YES–These are great and challenging times for us to manage to and an awesome RESPONSIBILITY.
Join 290 other followers