Please see my new article in The Times of Israel called, “Towards Peace and Freedom Among Nations.”

Natan Sharansky showed tremendous personal strength and integrity to respond with humor and wit while suffering under the Soviets in prison, separated from his wife, deprived of all outside contacts, placed in “punishment cells” cold, hungry, and sleep-deprived, and regularly interrogated to try to get him to incriminate himself and his fellow refuseniks and human rights activists. Sharansky is truly a hero who stood up as a Jew persecuted in the Soviet Union and as a human rights activist leading the way to help other refuseniks to get released, with eventually millions escaping through the “Iron Door” to emigrate to freedom in Israel and the United States.

Yesterday, we celebrated Israel’s 72nd Independence Day, so I will add that for too many years since the founding of the State of Israel that the Soviets armed and supported the Arab League nations in warring against Israel and in seeking its destruction. However now, Israel and Russia not only have an anchoring of social idealism in common, but also Israel has 15% of it citizens from there. Further, as Israel has made peace with Egypt and Jordan decades ago, and has a warming of relations with the Gulf States, perhaps Russia will also continue to come around to growing a mutually beneficial friendship with Israel.


You can try to hide your feeling, but it won’t work…

Your emotions are now an open book to anyone with facial-recognition software, such as from Emotient, Affectiva, and Eyeris.

This video from Emotient shows examples of Dr. Marion Bartlett demonstrating very well how the system is able to pick up on her expressions of joy, sadness, surprise, anger, fear, disgust, and contempt.

From broad displays of emotion to subtle spontaneous, natural displays, to micro, fast and involuntary expressions, the system detects and clearly displays it.

Described in the Wall Street Journal, the software, in real time, successfully uses “algorithms to analyze people’s faces” and is based on the work of Dr. Paul Ekman, who pioneered the study of facial expressions creating a catalog in the 1970s with “more than 5,000 muscle movements” linked to how they reveal your emotions.

A single frame of a person’s face can be used to extract 90,000 data points from “abstract patterns of light to tiny muscle movements, which get sorted by emotional categories.”

With databases of billions of expressions from millions of faces in scores of countries around the world, the software works across ethnically diverse groups.

Emotion-detection has a myriad of applications from national security surveillance and interrogation to in-store product marketing and generally gauging advertising effectiveness, to helping professionals from teachers to motivational speakers, executives, and even politicians hold people’s attention and improve their messaging.

Then imagine very personal uses such as the software being used to evaluate job applicants or to tell if a spouse is lying about an affair…where does it end?

Of course, there are serious privacy issues in reading people’s faces unbeknownst to or unwanted by them as well as possibilities for false positives, so that people’s feelings are wrongly pegged or interpreted.

In the end, unless you wear a physical mask or can spiritually transcend yourself above it all, we can see you and soon we will know not just what you are feeling, but also what you are thinking as well…it’s coming. 😉 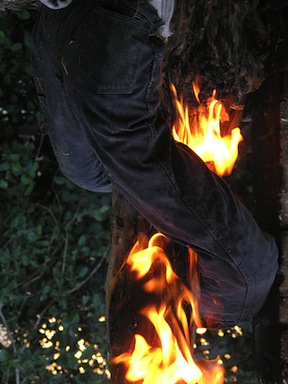 To catch a terrorist, you have to think like a terrorist or at least be able to get behind their lies and deception.

To succeed, terrorists have to use lies and deceit to make their way through all the obstacles that the good guys put up.

Wired Magazine (February 2013) addresses some new interrogation technology being tested by the Department of Homeland Security (DHS) to catch the lies and the liars.

First of all, “people are really good at lying, and it’s incredibly hard to tell when we’re doing it.”

Moreover, most people “lie 10 times a day,” so it is routine and comes naturally to them.

In terms of detecting lies, we are not very good at it–in fact, we’re just better than chance–able to tell when someone is lying only 54% of the time.
Apparently, even with polygraph exams–their success is dependent more on the experience and finesse of the examiner and less on the polygraph tool.

However, with new research and development, DHS has come up with an automated interrogator–that enhances the success of catching a liar by combining multiple detection technologies.

The “interrogator bot” has three different sensors in use by the Embodied Avatar Kiosk.

– High-definition video camera–“captures fidgets such as shrugging, nodding, and scratching, which tend to increase during a deceptive statement”

– Microphone–“collects vocal data, because lies often come with minute changes in pitch” as well as “hesitation, changes in tempo and intonation, and spoken errors”

In the future, a additional sensors may be added for:

Aside from getting better deception-detection results from multiplying the sensing techniques, the interrogation kiosk benefits from communicating in multiple languages and being “consistent, tireless, and susceptible to neither persuasion not bribery.”

Another very cool feature being tested is tan interrogation avatar that actually resembles the person being interrogated using a camera and morphing software and making it look uncanny and “disturbing” at the same time–this can be quite familiar, disarming and unnerving.

By aggregating data points from many types of sensors and using behavioral analysis as a first line of defense followed by human questioning of those found to be lying, homeland security can proverbially light a fire under the pants of would be infiltrators and terrorists–and catch them before they make it to their next target. 😉