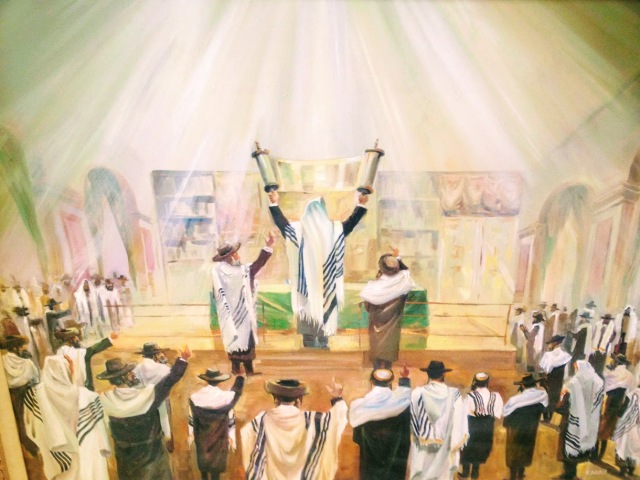 My son-in-law reminded me of a beautiful Jewish saying about prayer:

Even if a sharp sword rests upon a person’s neck, he should not refrain from praying for mercy.

One can still hope for mercy from the Almighty even at death’s door.

This is truly beautiful and uplifting–we can approach G-d anytime, and as long as we are alive, there is always hope.

So this guy in my Ulpan class brought in these bookmarks for us that he makes.

He takes these Israeli stamps like the one for Judges of Israel and Social Welfare for the people, laminates them, punches a hole and strings it.

And voila, these cool bookmarks from Israel.

We had just learned the Hebrew word for bookmark and he thought to bring these in for the class.

He was so nice that even though he couldn’t make the last classes before the Summer recess, he dropped these off with the teacher for us

Some people are real mensches, and these are the people I personally appreciate.  😉 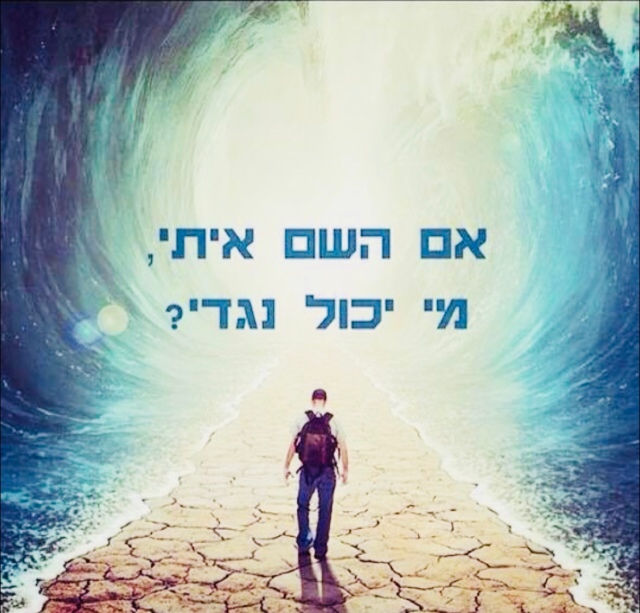 I love this photo and caption that I saw on Facebook.

Basically it translates from Hebrew as:

“If G-d is with me
Who can stand against me.”

And it’s a picture of someone walking through the split sea like in the exodus from Egypt.

What G-d decrees no man can stand against it.

We need to merit G-d’s standing with us.

You have to do right, speak right, and have the right intentions.

Only G-d can judge whether we are there!

But how amazing things can be for us if we look to the Heavens and merit G-d being with us.

Then no man can stand against us! 😉 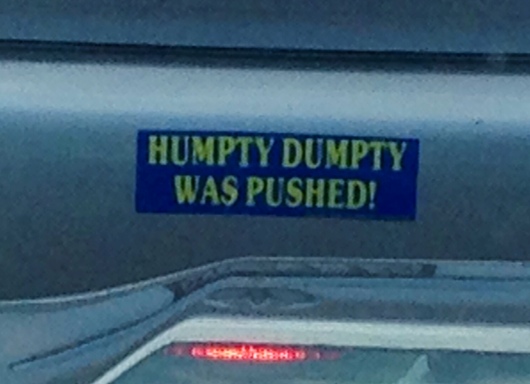 Maybe the jury is still out on whether Humpty Dumpty fell, jumped, or was pushed.

Of course, it’s very easy to say affirmatively any one of these, but that doesn’t necessarily make it true (even when there is a children’s rhyme or bumper sticker that goes with it).

I think the point is that this is what investigations, witnesses, evidence, and a trial is for…to figure out the truth.

He says, she says…or as Judge Judy says, “It’s a lot of who shot John!”

It’s good not to jump to conclusions, especially when opinions may be subjective, biased, or have hidden agendas.

Heck, even if Humpty Dumpty was pushed, they still couldn’t put him back together again, but at least someone should pay for the bad yoke. 😉 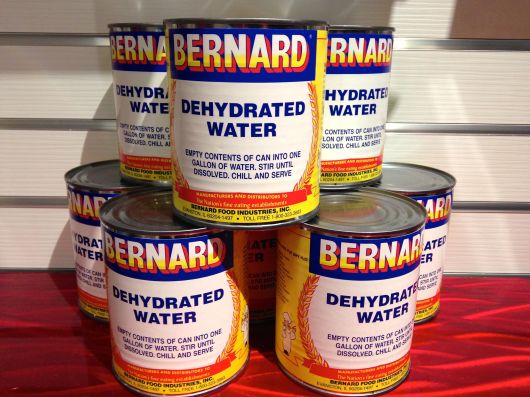 “It’s not your job to save the world. Do law, leave justice to Clint Eastwood.”

What a notion he has–that it is not a judges job to mete out justice–how (oxy)moronic!

Instead, the judge says that is for vigilantes like Clint Eastwood’s role in Dirty Harry (or perhaps Charles Bronson in Death Wish).

While I understand that the law is the law, you would think that a judge’s role is to not only ensure that it is applied evenly, but also that it is meted out fairly.

As it says in the Torah/Bible (Deuteronomy 16:20), “Justice, Justice shall you pursue.”

It is not enough for the “justice system” to enforce laws brainlessly, but the role of the judicial branch is to interrupt the law so that justice results.

What a contrast to even the bumbling inspector, Clouseau, in the movie, The Pink Panther, who knows “Yuri, the trainer who trains,” but some of our judges don’t seem to know that they are judges who sit in judgement.

So much for “jurisprudence”–but without any prudence!

Doing law, without pursuing justice is like dehydrated water in this picture–empty and good for nothing. 😉

G-d, hope you are listening…

BBC reported about this bogus Judge Baugh who called a 14-year old girl that was raped by her 49-year old teacher, “as much in control of the situation” as the man who assaulted her.

The poor girl later committed suicide, which her mother probably rightfully attributed to the distress from the rape and aftermath.

And what does the judge do to mete out justice? He sentences the rapist to 15-years in prison AND suspends the sentence for all but 31 days with 1 day time already served.

The victim was raped and is dead and the rapist gets not 30-years, but 30 days!

While the judge who is under pressure to resign has all of a sudden expressed his deep remorse, it is almost unbelievable that this is someone charged with seeing that justice is served.

Shock, disbelief, outrage…what can you say about such a justice.

While there is certainly a time and place for empathy, compassion, and mercy–would anyone in their right mind, see this as one of those cases?

For all who believe that this world is not the end, but just the journey, I’d venture to guess that the 14-year old girl is not done either with her rapist or the judge who mocked her suffering and death.