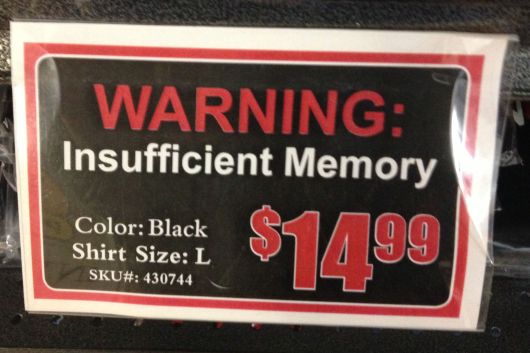 According to Charles Kenny in Bloomberg BusinessWeek (20 June 2013), the Internet is quite a big disappointment–because it “failed to generate much in the way of economic growth.”

While on one hand, the author seems to see the impact that the Internet has had–“it sparks uprisings, makes shopping easier, help people find their soul mates, and enables government to collect troves of useful data on potential terrorists;” on the other hand, he pooh-poohs all this and says it hasn’t generated prosperity.

And in a sense, don’t the facts seem to support Kenny: GDP is still in the 2-3% range, labor productivity growth is even lower, and unemployment is still elevated at over 7%?

The problem is that the author is making false correlations between our economic conditions and the rise of the Internet, which already Jack Welch pronounced in 2000 as “the single most important event in the U.S. economy since the industrial revolution.”

Kenny seems to think that not only aren’t there that many economic benefits to the Internet, but whatever there is we basically squander by becoming Facebook and Youtube junkies.

It’s a shame that Bloomberg BusinessWeek decided to publish such a ridiculous article as its “Opening Remarks,” blaming the failure of the Internet for economic challenges that have been brewing for decades–with high-levels of debt, low levels of savings, hefty entitlement programs based on empty national trust funds, the global outsourcing of our manufacturing base, elevated political polarization in Washington, and various economic jolts based on runaway technology, real estate, and commodity bubbles.

It’s concerning that the author, someone with a masters in International Economics, wouldn’t address, let alone mention, any of these other critical factors affecting our national economy–just the Internet!

Kenny adds insult to injury in his diatribe, when he says that the Internet’s “biggest impact” is the delivery of “a form of entertainment more addictive than watching reruns of Friends.”

Maybe that’s the biggest impact for him, but I think most of us could no longer live seriously without the Internet–whether in how we keep in touch, share, collaborate, inform, innovate, compute, buy and sell, and even entertain (yes, were entitled to some downtime as well).

Maybe some would like to forget all the benefits of technology and send us back to the Stone Age before computing, but I have a feeling that not only would our economy be a lot worse than it is now, but so would we. 🙂

As an enterprise architect, my job is to develop plans and governance for IT to meet mission/user requirements, which is typically for more and more information. But is more information the answer?

The Wall Street Journal, 12 June 2008, reports on a new book called Distracted by Maggie Johnson, that talks about instant communication robbing “the workday of any sustained interval of unbroken attention to a particular task…from email to instant messaging to Twitter—an-update service devoted to what-are-you-doing-at-this-moment inanity–the interval between interruptions appears to approaching zero.”

“In the workplace, a distracted knowledge worker is a fallow asset.” Ms. Jackson reports that:

“Many distractions turn out to be self-initiated: It appears that we just can’t wait to read the next email or blog entry or check to see what might be happening in an online discussion.”

We are addicted to information. On one hand, we want more and more information and complain bitterly whenever we are out of our carrier’s coverage or otherwise not able to use our cell phones, email, or internet connections. And on the other hand, we are so overloaded with information and so distracted all the time, we are walking around with our heads spinning, not knowing what to focus on next. We are true information junkies!

The information overload and incessant disruptions and distractions are not limited to the workplace. No, indeed.

I don’t know about you, but time for me is an endless deluge of everything information, driven by technology (especially email, blogging, professional networking, internet news and search, and so on).

Yet, while we absorb and spit out more and more information, our quality of life seems in many ways worse and worse. The things that are really important like spirituality, family, friends, charitable giving, and health/fitness is eroded by our incessant need for the next information fix.

We run away to getaway resorts, bed-and-breakfasts, and day trips, only to take our Blackberries or worse yet our laptops. We check our email compulsively. We check our networking sites to see where our friends are and what they are doing. We check for the latest information on this, that, and the other thing. We are checking ourselves into a dizzying numbness, where we are losing touch with real people in the real world in lieu of information ubiquity and life in a virtual world. We are losing important pieces of ourselves in our addiction to information.

So what’s an enterprise architect to do?