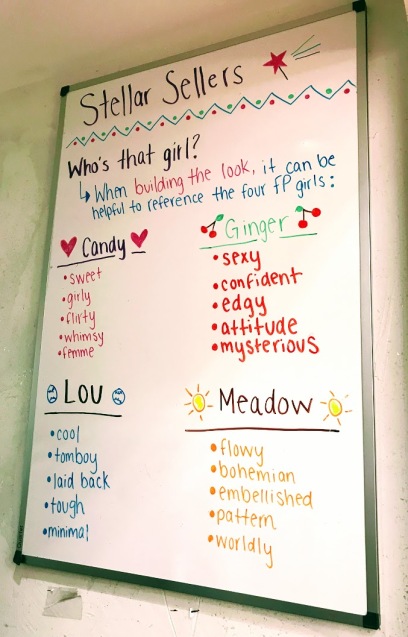 It categorizes their female shoppers into 4 types:

So this is how they stereotype their customers “to be helpful”?

Interesting also that they don’t see that people can be complex with: multiple traits that cross categories or even in no category at all.

Moreover, people can have different sides to themselves and reflect these in different situations.

Perhaps in an effort to market and sell more, what they’ve done is reduce people to these lowest common denominator of idiot categories.

And what makes this worse yet is that it seems to be based just on snap judgment of how someone looks coming into the store and all the biases that entails.

How about we look at people a little more sophisticated than this and treat them as individuals, with real personalities, and not just as another empty label?  😉 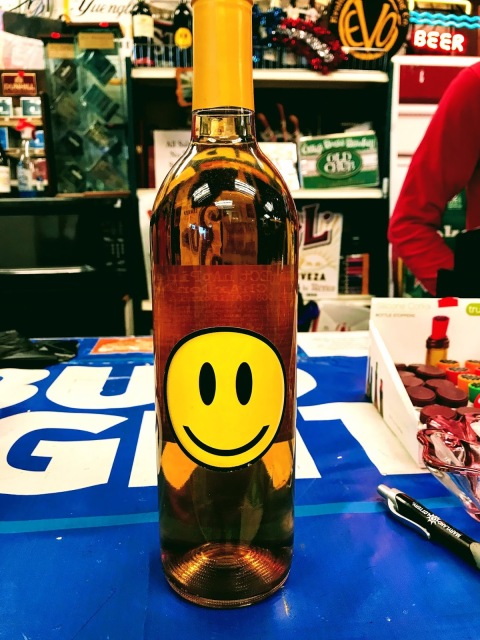 What a great labeling of this bottle of wine.

Just a big simple smiley face on it!

After I saw this bottle in the store, I just had to take a picture and also look this up on the internet.

It’s part of the “SMILE” wine campaign from Lindeman’s Wines.

Apparently each limited edition bottle reminds you of something that we have to smile about: “family get-togethers,” “discovering new places,” and “randoms acts of kindness.”

Wow, I love this idea.

Wine makes you smile, but so do these wonderful things in life.

And it’s not just showing/associating the product with something positive (like beer and soda commercials always do), but it’s making the product itself smile at you!

I think this is a really smart marketing campaign.

Also, the cute smiley face on the bottle would make this the life of the party. 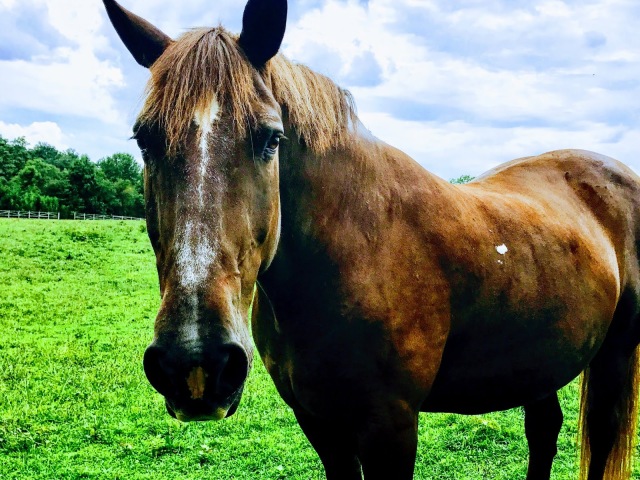 So President Trump has an uncanny ability to call something what it is and literally brand it that way.

After Stormy Daniels lost a recent lawsuit against Trump, he called her “Horseface.”

Not a nice term about people and things he doesn’t like.

But you know what when I looked at her, I could see what he saw.

And you know what, she will go down in the history books as Horseface.

Similarly, with many other brands Trump has bestowed on others:

“Save Your Energy Rex (Tillerson)”

“Countries That Rip Us Off (NATO)”

“Doing Many Bad Things Behind Our Back (Iran)”

Again, I’m not condoning name-calling of any kind.

And words certainly do hurt.

However, Trump does seem to see things that are like, “Oh yeah!”

And once, he coins a term, it sticks!

Not that it’s right, but he has a genius to brand people and things.

What he sees and what he calls it, just like a branding iron, will stick with them forever.

Why?  Because a horse is a horse, especially once it gets called out. 😉 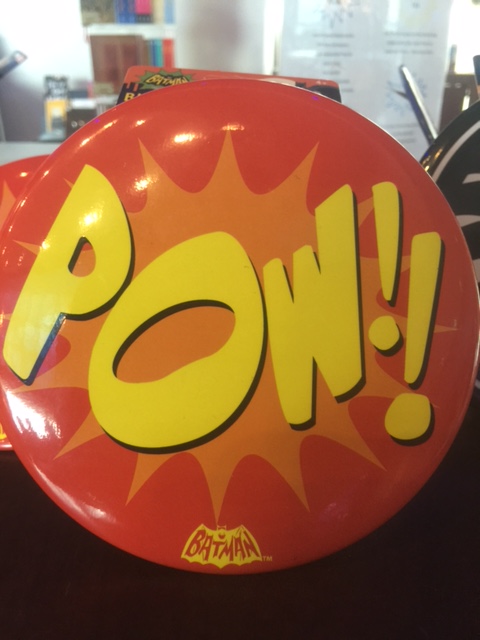 So I’ve never seen anything quite like this before.

The liberal media is completely trying to destroy Trump, and this is a true crisis of democracy.

They are jumping on him like a gang of bandits, ruthlessly punching and kicking him into the pavement, while reveling in the ascendancy of their absolutely do no wrong Queen of the 2nd Impeached President of The United States of America.

The saying that all publicity is good publicity, has now been proved totally false!

Sure, does Trump have a big mouth and say stupid and offensive things, absolutely.

Is it possible that the guy is flawed, but really doesn’t mean it the way it comes out, as awful as it does?

Never-the-less, the power elite behind the Hillary machine have seized on these things to label him a fascist, racist, Nazi, demagogue, black soul, evil, and even today in the respected Wall Street Journal, a sociopath.

(Hopefully the stupidity of the people saying these wild-a*s things is forgiven, so G-d forbid one day we shouldn’t have a candidate who really is like that!)

On Sunday, in the New York Times Review Section, it is not uncommon to find 3 articles on a single page dumping on Trump and almost the entire section dedicated to his downfall.

And of course, this treatment of one candidate, Trump, is not over-the-top at all, and completely fair and balanced thinking and coverage (sarcastic), as we wholly forgive Hillary for (alleged) lying, collusion, corruption, foundation money laundering voter rigging, and year after year of failed global policies (anyone out there been following that 80% of the people are dissatisfied with the direction of this magnificient nation).

Add to that the murder-suicides of dozens of people associated with the Clinton’s from Vince Foster in the Whitewater scandal to the killing of DNC staffer, Seth Rich, out of the blue just last month in DC.

Now let me say right out that I am the first one to condemn Trump’s outrageous and off-the-cuff statements about a disabled reporter, a POW Senator, and the the Muslim parents of a fallen soldier–yes, these are truly despicable and stupid things.

But yet, when I watch the tapes and hear the guy speak, I think that very possibly he is just a huge, nutty-type of eccentric, like these very rich people, under the covers, tend to be.

I think his mouth gets away from his brain, and yes while this is obviously not a good thing for an ostentatious Presidential candidate, why has the opposition been so successful at completely demonizing the guy (and don’t just say that he did it to himself) and giving a bright shiny nickle to the other candidate?

Is saying stupid things (even very stupid and grossly offensive things) really the equivalent of being a Nazi and sociopath–and is he truly worse than someone involved in lying, collusion, corruption, and global leadership failures that literally can threaten our nation’s security and take us down a path of true global disorder (how’s that relationship with the powerful Russians, Chinese, Iranians, and North Korea as well as the state of unabated worldwide terrorism doing these days)?

The left, including many prominent media outlets, have jumped on the band-wagon to label the opposition and they have been unrelenting and ruthless at destroying only one of the candidates, Trump, while they continue to give Hillary more or less of a free pass–does anyone wonder about this?

Rather than a fascist candidate, maybe what we really have is an an outrageous attempt at a fascist election system!

I wonder whether the people supporting this ones-sided narrative and single party election will come to regret their boundless political wisdom, hard and fast professional assessments, and vicious character assassinations, once we are well into the next term of President.

What will the pundits and media say when the economic bubble tears, when major terrorism strikes big and bad, when global upheaval dangerously spreads, and all we get is more spin, deception, inaction, and leadership from behind–are you so sure that is better than a candidate with a big mouth, but also who can build big skyscrapers and skylines over a new horizon for this country?

Will the pundits, media echo chamber, and the elites absolutely forcing Hillary to the top have a reckoning of thinking and conscience, with their air of puffery knocked out of them–will they have the presence of mind to question for a moment their choice of a candidate with a life-filled of scandal over a big-mouth, clumsy New York billionaire builder.

Finally, when one thinks of insane and evil, aren’t the activities that Hillary is accused of exactly those.

Perhaps this is truly the crooked pot calling the big mouth kettle black, and the biggest election coup and voter fraud taking place right under your mightily socially engineered noses. 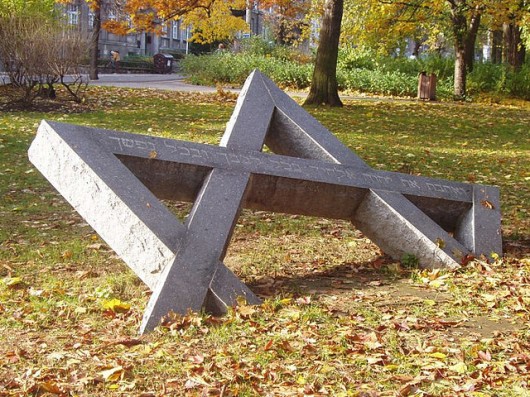 There over 200 land disputes around the globe, but on Wednesday, the European Union singled out the one Jewish State of Israel and targeted them over the dispute with the Palestinians.

The EU insists that goods produced in Israel–on land seized from Egypt, Jordan, and Syria in The Third Arab-Israeli War of 1967–be labeled as “Made In Settlements“–thereby supporting the anti-Semitic movement of Boycott, Divest and Sanction (BDS) against the democratic State of Israel.

Just two days later, the EU got their sincere thank you from extremist Islamic terrorists who mercilessly struck Paris with attacks at the concerts halls, restaurants, and sports stadiums brutally killing at least 129 people and wounding over 350 others.

All loss of life is terrible, and especially innocent victims of terror, and my heart goes out to the victims of these evil attacks in Paris.

Unfortunately, Europe is getting just a taste of what Israel has been living with for 67 years surrounded by hordes of violent extremists willing to inculcate generational hatred and wage unending terror and war–from missiles and suicide bombs, rocks and molotov cocktails, guns and knives to BDS, they are more than happy to use whatever it takes to kill all Jews and Zionists and throw every last one into the sea.

So perhaps Europe may finally awake from its deep slumber and long Anti-Semitic history, and instead of targeting Israel with BDS just 70 years after the Holocaust where six million Jews were murdered in Europe, the EU will recognize who is attacking them and is the true enemy of western civilization, democracy, and their very national identities.

High time for Europe to embrace Israel as their brothers in faith and allies in the battle against terrorism, hate, and extremism.

BDS is just another terror tactic by the extremists who want to terrorize and murder Jews and other “infidels.” And labeling products from Israel like labeling Jews in the Holocaust with the Star of David is anti-Semitism and evil.

It’s time to reject BDS for the terrorism it is and instead Buy, Invest, and Promote (BIP) the Holy Land…and those that bless Israel will be blessed. 😉 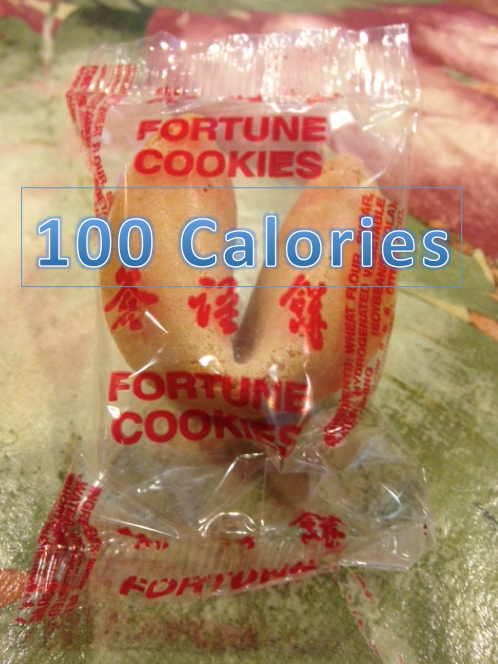 So we were out with family at a vegetarian Chinese restaurant.

And at the end of the meal, of course there were fortune cookies to be had.

As someone opened the cookie, and was about to plop it in her mouth, she said, “Ah, there goes another 100 calories!”

Then I thought for a moment, and said, “wouldn’t it be great (for those of us watching our weight), if every food had an edible embedded chip and display that would flash the calorie count as you picked it up and were about to put it in your mouth.

Rather than those esoteric calorie counts on the side of packages for G-d knows what serving sizes, you get a play-by-play count every time you reach, pick up, and are about to ingest the next big gulp.

I think having calorie counts tied to real portions and having these in your face in real time as you are eating could have a huge impact on portion size and weight control.

It may not be sexy to see the calories in your face as you eat, but boy could it be healthy. 😉