I loved this from a colleague the other day.

When things got a little tough in the office, I came in the next day to 6 smiley faces lined up on my desk.

This is something that I really appreciate from some people:

Even though my colleague faced the same tough day, she was thoughtful of others and the impact on them (not herself).

There are some amazing people out there, and I thank G-d for putting them in my orbit. 😉 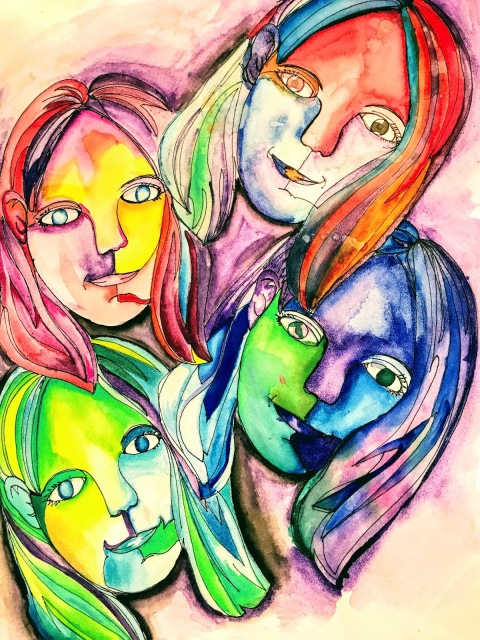 So we recently took on a new function at work.

With that came a new group of employees.

Today, we had a wonderful breakfast as a meet and greet for everyone to get to know each other.

There was a tremendous spread of food laid out everything from bagels and smear, granola and yogurt, free fruit and vegetable salad, donut and muffins, and more.

There was enough food to feed a small army.

Aside from the group joining us, we had people come from other departments that support the process they are involved in–so folks from finance, legal, and even the front office.

The new lead assigned for the group that came over even gave out envelopes to thank their new team and 2 big boxes of gourmet coffee for them to share.

How nice this all was done and the investment that was made to bring the new team on board was really amazing to me.

I saw all the goodwill that was being built up from this event and the niceties put into it to recognize the people and make everyone comfortable together as a team.

I learned that an investment upfront like this in people and function can have tremendous benefits downstream in building a team and performing services that everyone can be proud of who is apart of this.

Invest not only in things, but also most importantly in people and relationships! 😉 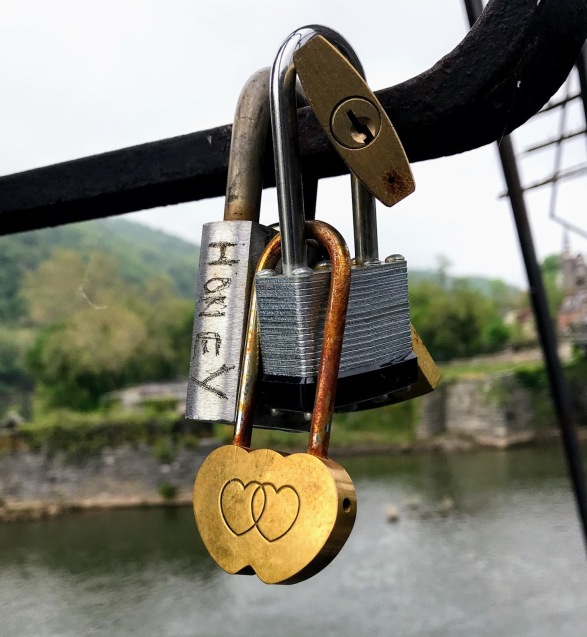 So a very nice elderly lady we know from synagogue took a bad fall and broke her leg really badly…like in half.

She put up on Facebook that she had undergone surgery, had a metal rod and plate inserted in her leg, and was recovering in the hospital–and she wanted visitors.

My wife saw the message on Facebook, and we ran over to the hospital to see how she was and spend some time with her to try and cheer her up.

Considering how badly she had been hurt, she was actually in amazingly good spirits.

A couple of her neighbors were there in the hospital visiting her as well.

One of them had actually heard her screams from the backyard where she had fallen by her pond and had helped keep her from going into shock, cradled her head in her lap, and called for rescue services.

When I commented how amazing she was and that she was a real hero pointing to the heart–she said it was really nothing, and went on to say”

I have two hearts!

I thought to myself that really we should all have two hearts like that to care and to give to others.

One heart is us alone.

Two hearts are when we join with others.

“Two hearts that beat as one”–one for caring and one for giving. 😉 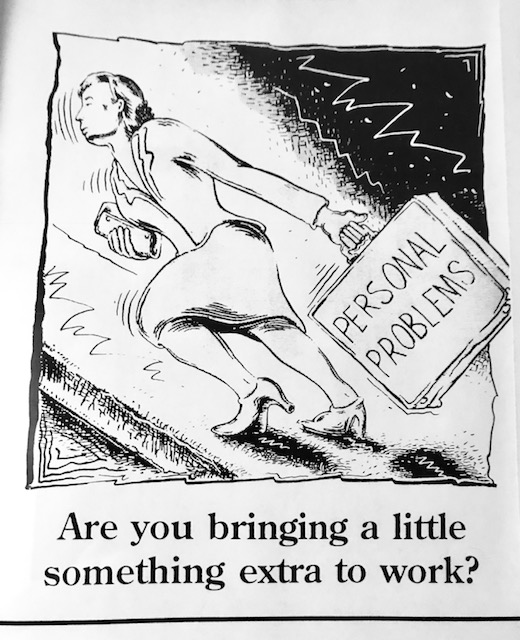 So many of you already know my leadership mantra.

That means understanding that workers are human beings.

Yes, they should act as professionals.

But also, they are people with imperfections and problems.

And it’s not always pleasant.

Unfortunately, it seems like we are tested all the time.

They focus on the mission, but also empower, develop, and have empathy for the people.

Think of the people you know in leadership positions today.

Are they leaders with heart or heartless sons of guns.

Who do you want to follow into the future?  😉 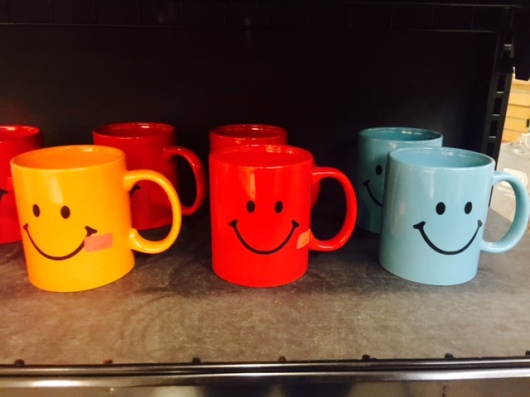 So before the holidays, like Thanksgiving, many nice organizations try to do a little something for their employees and let them go home a little early.

It’s a small something that let’s people know they are appreciated, and on top of it, they get to “beat the traffic.”

I heard from someone that one organization was stopping this long time practice, saying that only the very head(s) of the chain of command, could do this for the people…but they didn’t.

Sort of “penny wise and dollar foolish” to take away that little spot-on giving to one’s staff.

It’s goodwill, appreciation, and kindness that is especially appropriate before the holidays for hardworking and good people.

One manager told me how their people especially looked forward to this little gesture, and often came to asking about it with such joy.

So the manager told me that they just said before holiday times, “I’m not looking what time you leave today.”

To me that sounded like genuine leadership, where people are not just treated as “human resources,” but instead “human capital”—something to invest in and not just something to use `willy nilly. 😉

So here are some things that I learned from this awful, drawn out election:

1) Keep it positive – Negativity, divisiveness, and hate hurt you more than it does anyone else.

2) Don’t play the *ism card – Using racism, religion, gender, and sexual orientation to divide people and get what you want from them is dirty politics and empty promises for votes; stick to the facts and the issues.

4) No one is above the law – Corruption, collusion, and cover-ups are a boomerang that eventually come back to hit you in the proverbial head.

5) Action speaks louder than words — What you actually did, accomplished, and how you behaved is the much louder message than what you say you did or claim you will do.

7) Polls, statistics, position papers, conventions, and debates – There are many tools for manipulating the masses and they, like the people who prepare and administer them, have biases and lie.

9) Speak from the heart – Preparation and practice make perfect, but a perfect what?  Prepared lines and zingers are great sound bites, but speaking from the heart goes to the heart.

11) The political machine – Politics and the money and operatives behind it, are very strong and dangerous, and those that wield it can and will do anything to gain and stay in the much coveted positions of power.

12) Don’t think you’re so deserving – Be humble and compassionate on others, instead of believing you are so great and the world owes it to; the more you run after something, the more it tends to elude you.

13) Listen to your gut – There are great orators, writers and influencers out there, but you’ve got to listen more to your gut and moral compass than to anyone else trying to bend your mind and will.

14) Star power – Bringing out the big gun superstars to speak, sing, and endorse you is some nice added glitz, but the real superpower is the one Almighty who ultimately decides who wins and loses. 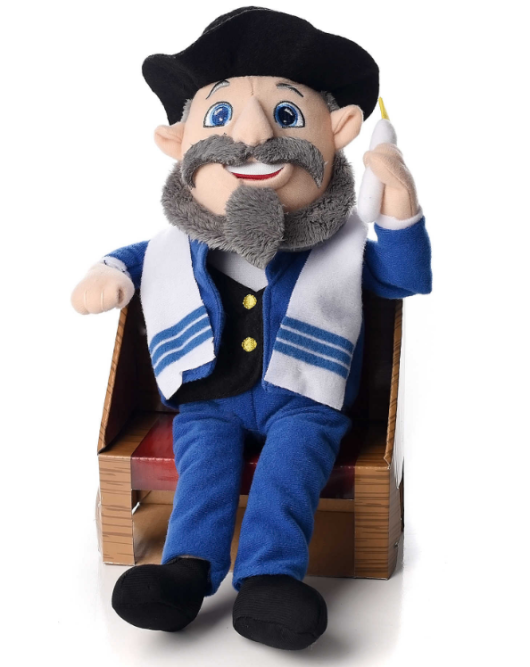 So I was watching Shark Tank and they gave an update on how one of the products, “Mensch on a Bench,” is doing.

It’s selling in Bed, Bath, and Beyond and has exceeded 100,000 units already!

Aside from the doll and book, they are working on Mensch apps, activity kits, and candy bars.

The founder said, “It is hilarious and heartwarming to see all the different ways that families can incorporate Mensches into their lives.”

This got me thinking about how being a mensch can also be incorporated into being a great manager!

– Empowering them to do their jobs well

– Empathizing with them as human beings

– Appreciating the power of diversity

– Respecting everyone and their points of view

Unfortunately, there are too many bad bosses out there that micromanage and abuse their people.

They are arbitrary and dictatorial and never ask what anyone else thinks; they dump the work on their people, but don’t lend a hand; they steal their ideas and take credit for their work; on top of it, they might even then stab them in the back when they’re not looking; ah, forget about showing any sort of appreciation or kindness–it’s dog eat dog.

Hence, being a mensch first is a management must!

Think about people, not as a means to an end, but as an end unto themselves–they are souls interacting with your soul.

Kindness, compassion, empathy…but keep your eyes on the important work and mission you are doing.

Get it done together, as a team, collaboratively, and with everyone contributing towards the endgame.

(Source Photo: here with attribution to Bed, Bath, and Beyond) 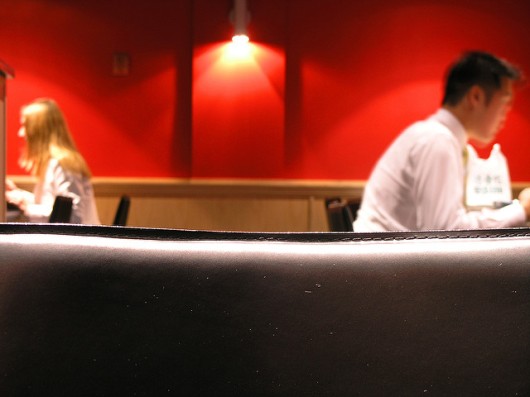 So if I have only learned one thing from work and office politics…it is that relationships matter to results!

Results are great and important; however if they come at the expense of relationships or it’s a “burn the bridges” type deal–then the results are not just tainted, but perhaps will be doomed to fail anyway and all the more so.

The way we treat others is paramount to what we do.

Every interaction with others is a test for us.

How do we speak to and act with another one of G-d’s loving creations.

Treating people well does not need to come at the expense of results–rather it is the secret sauce to getting results.

This doesn’t mean that you have to be liked or loved, but that you do the right thing and for the right reasons–great deeds come with truly best intentions.

Integrity is not just a word–it is a life principle!

When you treat people badly–how do you think that impacts the office and the ultimate mission?

Success is people and product.

And life has a funny way about it with karma being ever present.

Such beautiful weather today–still February, but Spring has sprung!

We went hiking and I am so grateful to G-d after the surgeries of the last couple of years that I can once again start to enjoy Sugarloaf Mountain together with “my sugar.”

Thank you so much Hashem!

On the hike, one brief thing we talked about was how to email (and speak) nicely to other people.

My wife told me something really smart she heard from a colleague at work:

Sit down at the table.

Pull your chair in.

Write down what you want to say.

Imagine the other person is sitting right across from you.

Turn the paper towards them.

Pretend that they are reading from it in front of you.

Decide whether you still want to send it that way.”

So much stupid stuff we say and email could be avoided if we just did this little mental exercise in our heads and in our hearts. 😉

So at times, organizations send out notices to their staff with self help suggestions or organizational resources that are available.

One such case is for suicide prevention.

For example, if you are thinking about suicide, perhaps you should contract the employee assistance program.

It’s a good idea to reach out to employees when the messaging is done in a way that makes employees feel they are genuinely cared about and needed, and substantial help is available to them.

People contemplating suicide are in a desperate state of mind and proper handling is nothing less than a life or death situation.

Going to the extreme to make a point for a moment, office reminders about suicide prevention should never be selfish or cavalier, such as:

– Remember to turn the lights out.

– Set your out of office message on.

– Have you done a knowledge transfer to ensure a smooth transition?

If employees are coming away feeling like the organization is just sending out a form message or treating their feelings and situation lightly or in their own interests (such as to remove/reduce liability) that is apt to make things worse and not better.

Please treat employees with genuine dignity, respect, caring, and humanity, and offer them substantive help when they need it.

There are families depending on them and they love and need them. 😉