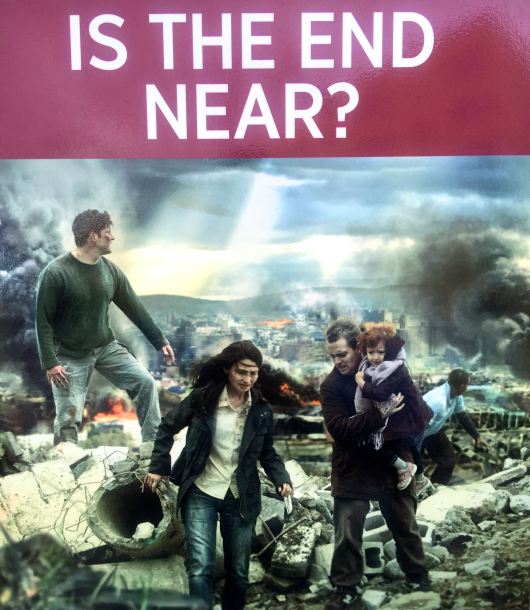 Thanks to some of the worst leadership in generations, we are bringing the world to the brink of disaster.

In 1991, at the end of the Cold War and with nuclear disarmament initiatives underway, the Bulletin of Atomic Scientists rated us at 17 minutes to midnight (the best it’s ever been) on the famous Doomsday Clock that represents the countdown to global disaster.

However by 2007, right before this administration, with far greater concerns of a nuclear terrorist attack, we were down to just 5 minutes to midnight.

And now in 2016, we are at a mere 3 minutes to midnight, and “the probability of global catastrophe is very high,” as “world leaders had failed to act!”

Moreover, with the current slate of candidates for Presidency both receiving negative ratings of about 60% from registered voters, there is obviously great consternation by the people of the U.S. as well as the rest of the world on the direction we are going in or lack thereof.

Again today, flailing on the leadership front in Syria, almost 6 years into the war there, we are again “considering tougher options” after the “red lines” were eviscerated, plan B never went anywhere, and we acknowledged that “we have no good options” there, while Russia is bringing in the big guns!

In dangerous world situations, the wrong action by leadership can spark an escalation and lead to negative consequences, but no action, displaying uncertainty and weakness, or attempting a losing appeasement strategy can lead to an even more emboldened enemy and then the Doomsday Clock can strike midnight and we can all pretty much just say one last goodnight. 😉