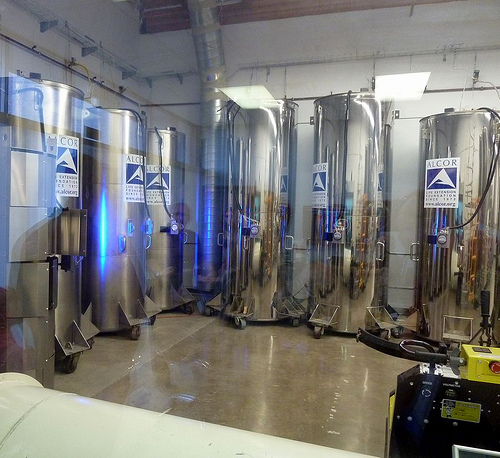 So recently, I saw the movie Vanilla Sky with Tom Cruise who plays a wealthy playboy who has everything, but has a horrible disfiguring accident as a result of a disgruntled girlfriend, and Cruise ends up in despair, overdosing, and ultimately in cryonic suspension–but with the added package of being in a lucid dream while in frozen suspension for 150 years.

The idea of somehow being placed in suspended animation after death in the hope of eventually being brought back to life with technologies in the future has been an interest of many who naturally seek immortality.

A company called Alcor Life Extension, not only researches cryonics, but also actually performs it and has over 100 patients preserved and frozen in liquid nitrogen (as well as over 30 pets).
Understanding the great desire for people to somehow defeat death, I was not completely surprised to read about LivesOn in the New York Times (2, March 2013), which is an algorithm being developed to continue Tweeting even after you are dead!

You can sign up at the website to join their beta trials–no, you don’t have to be dead yet!

But LivesOn will start learning what and how you normally Tweet and through artificial intelligence will start to tweet on its own for you and you can give it feedback to refine its performance.

Given all the distress about accessing a person’s social media account after they die to learn more about them, their friends, perhaps the circumstances of their death, or even to post a closing to account–the legal and policy issues are still being worked out in terms of privacy and the user agreements for the sites.

With artificial intelligence now being able to, in a sense, take over for you and continue your posts even when you are dead, this practically begs the question of who you are and what makes you distinct from a computer that can mimic you to the world?

Can a computer or robot one day be able to assume your identity? How difficult would it really be? Would anyone even know the difference? And would they care? Are we all just patterns of thoughts and behaviors that can be predicted and mimicked, and if so what are we really? 😉