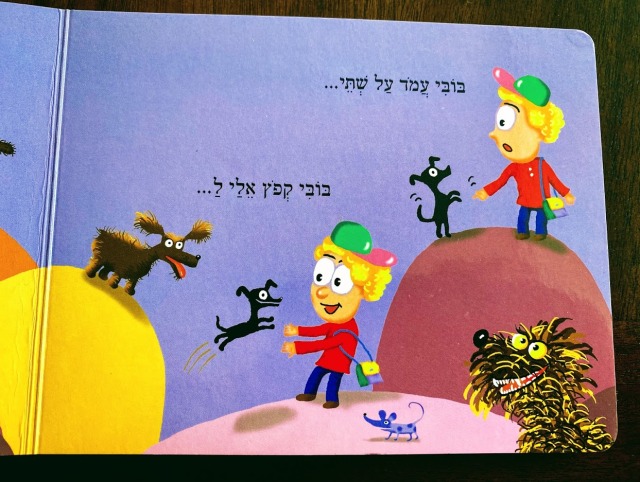 My daughter had a great idea for improving on our Hebrew language skills.

She got a few of these from the library and it actually was fun to read these.

Aside from taking me back a few years in parenthood and bonding as a family over these, I found it useful to solidify my learning. 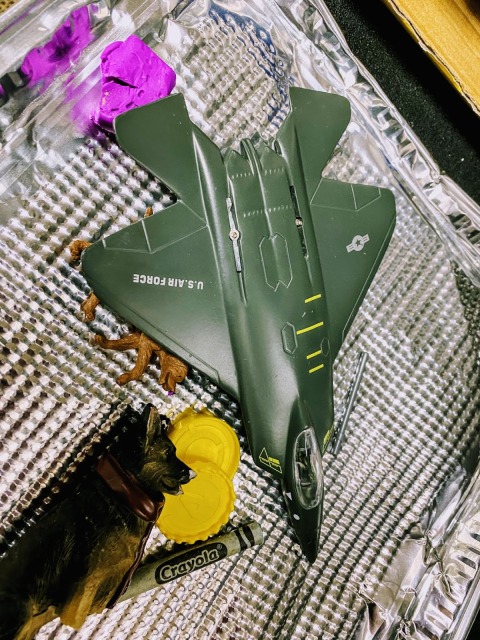 Interesting set off toys found in a silver pan tray.

A couple of dogs, some Play-Doh, a crayon, and a fighter plane.

Off to the side (not pictured) are the Legos.

Interesting with what competes with video games and phone apps these days.

Frankly, there is still a lot to be said for the creative play of yesteryear. 😉 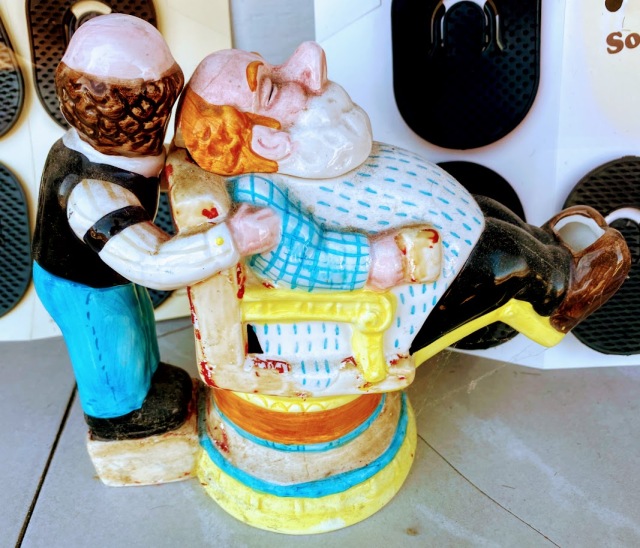 I remember as a kid people would sing a jingle:

Shave and a haircut, dum dum.

This statue of the guy in the chair getting the shave and haircut is sort of nostalgic to me.

Always sort of relaxing to sit back and get cleaned up!

Especially the hot lather on your face in that reclining position.

Then of course, all is well until the gunslinger barges in and ruins everything. 😉 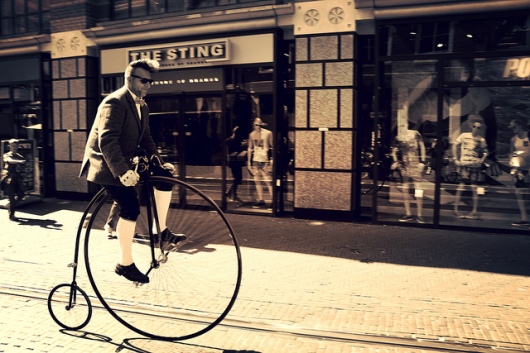 So here’s the word of the day–Troglodyte.

How many of you know this word?

It usually refers to someone from prehistoric times, like a cave-dweller.

But it is used to refer to people who are basically just old fashioned.

A near relative of the Troglodyte is the Luddite who opposes new technologies.

Today, a colleague said to me that he misses the old organization phone books we used to have with organization charts and readily available contacts everywhere.

It didn’t matter that we have this electronically now, he likes the hardcopy ones that he could keep on his desk and flip through…to heck with technology.

Then he goes that someone called him (jokingly, I think) a troglodyte for feeling this way.

Well there is something to be said for the good ‘ol days and I understand people that appreciate “the way things were”, but in many ways, those days weren’t all that good–think poverty, illness, corruption, racism, and more.

So I feel quite blessed to be living now, rather than say at almost any other time in history.

In looking out towards the near future, I am prepping myself for the new smartwatch coming out from Apple later this month, and while I have my doubts about it (having gotten so attached to my smartphone especially the large screen–6 plus, Yes!), I realize…

That the next technology tidal wave is coming with wearables (and then embeddables), and if you don’t get on board and adopt early…you might as well be riding an old Timey Bike around town with a big sign on your back that says, “Troglodyte…A Stick In The Mud and Stuck In The Past!” 😉