So I heard Joel Osteen give a great speech.

He said that it’s not any of these things that make a person worthwhile:

But rather, it is a person’s inner self and soul that determine their value.

Each person is a son or daughter of G-d.

I agree that our personal worth is a matter of how we act as human beings in choosing right over wrong and good over evil; and it is not based on how much we have, how successful we have become, or how much we are liked.

In the end, a person must return to their maker alone to answer for their actions.

You can’t take anything with you.

Materialism and vanity all fade away and only your spiritual inner self will pass over and live on.

So how will you spend your time and attention–chasing vanity of vanities or doing good in all your words and deeds? 😉

In synagogue today, we read from Pirkei Avot (“Ethics of Our Fathers”).

And I talked with my friends at lunch about one passage from this timeless wisdom.

There are 4 types of people:

What’s mine is mine, and what’s yours in yours.

Someone described this as “his and her–separate–accounts.”

What’s mine is yours, and what’s yours in mine.

Ah, this is just someone whose plain old confused.

What’s mine is mine, and what’s yours is mine.

One guy described his ex-wife this way.

What’s mine is yours, and what’s yours is yours.

We all agreed this is the meaning of life–to be kind and giving to others. 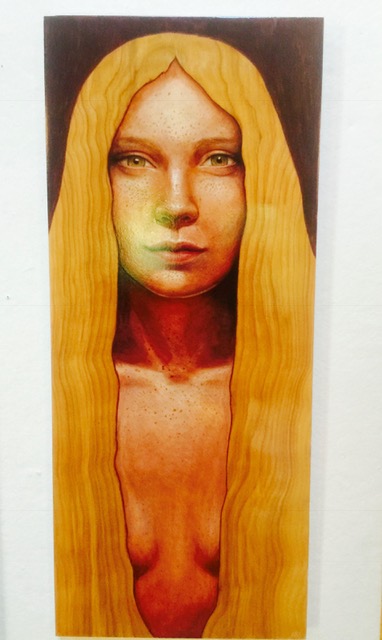 From a woman fleeing the inhumane treatment in Mosul by ISIS religious terrorists:

“I want to take this niqab and stuff it down the throat of ISIS.”

I’ve now read over and over again how one of the first things the women do, who get away from these ruthless fanatics, is to remove their confining “religious”-mandated garb that covers them so fully and put on normal clothes and be free human beings again.

While I certainly and highly respect women who freely and modestly cover up–especially in marriage–it is abhorrent to violently force women to dress a certain way or make them in any way lessor than or subservient to men.

ISIS and these other radical Islamists that force their distorted version of religion on others goes like this when it comes to women:

“It is permitted to buy her, sell her, and give her away as a gift. They are just a possession and you can do whatever you want with them.”  In their FAQS, they even ask, “Can I have sex with a slave who hasn’t reached puberty?”

Yet, while they are having sex with abducted pubescent and pre-pubescent girls, they force women to stay at home, and they are not allowed to go out unless accompanied by a man (forget education, working, driving or traveling).

Even at home, “Woman are cautioned to stay away from rooftops, balconies, and windows so they wouldn’t be seen by outsiders.”

And should a women be accused of sex outside of marriage–even when the women are the ones forcibly (gang) raped–they are the ones subject to death by public stoning for their being licentious.

Are these “religious” fanatics with guns so weak that they fear sexual temptation more than they trust in the bonds of family, personal righteousness, and the ability of people to freely choose right from wrong?

Imagine…as they abduct and enslave women and children, rape them, sell them, and force them into bogus marriages, starve and torture them, these people actually think they are religious. 😉

In The New York Times today, David Brooks presents “two sets of virtues, the resume virtue and the eulogy virtue.”

The resume virtues are the skills you need to get ahead in the marketplace, and the eulogy virtues are “whether you were kind, brave, honest, or faithful.”

While we’d like to believe that most feel that being a decent human being is more important than how much money we earn, unfortunately our education and economic systems are geared far more toward the latter, where it’s widely acknowledged that “money makes the world go round!”

In fact, many will often sacrifice the moral high ground for landing on a bigger, cushier hill of worldly possessions and pleasures.

Interestingly enough, my daughter asked me last week, whether it is better to personally live a happy life but die with a horrible reputation or to live selflessly, struggling with life challenges, but be revered after you die?

To me the answer was simple–live, learn, and grow regardless of momentary personal happiness. Do what’s right, period–honor and chivalry is alive and well.

But my daughter told me that over 90% of people polled chose their happiness in life as their #1 goal.

The point isn’t even what people say about us when we are alive or dead, but rather that we know that we tried our best to live as decent, ethical human beings and that hopefully, we left the world a better place than when we got here.

Sure, there is no blessing in being poor or unhappy–but living purely to satisfy one’s voracious materialistic appetite is just being a selfish little pig–come on admit it!

On your deathbed, will you wish you that in your life you had more money and status or that you had been a better, more giving human being?

I say forget the resume and the eulogy, just think about what will really gives you peace of mind and inner happiness and it’s more than any amount of money can buy or any seduction you can imagine.  😉