I understand the absolute need to reopen the country from this Coronavirus.

We can’t shelter in place forever and watch our economy go into the toilet and our national debt bankrupt us!

Therefore, once we have the mechanisms to control the deadly spread, we must open up offices and stores again gradually to get people working and our economy going again.

At the same time, I am pissed by those corporate executives that actually have the chutzpah and are pushing for us to open up crowded theaters, stadiums, and other such entertainment or other venues that are NOT critical and pose a greater risk for contagion to masses of people.

Instead of these CEOs understanding the need to hold off on this pending a vaccination or adequate disease control measures, these greedy corporate chieftain seem to care little to nothing about the health of their customers, and only about lining their fat pocketbooks with more ticket sales.

I think it’s criminal type behavior to push our government to open prematurely and irresponsibly those venues that are of greatest risk to potentially millions of people to get sick or dead in order for them to profit from it!  😉

Note: It’s reported that COVID-19 compared to the flu in 22 fewer days infected 11x as many people and killed 60 times as many.

This is the Coronavirus chart that I don’t think anyone wants us to confront.

There could be scenarios where there are multiple curves and peaks.

For example, if we send people back out to (work, school, etc.) and stop the social distancing too early–while there are still Coronavirus carriers around us and we don’t have an effective vaccine–then the contagion can start all over again.

Further, even with a vaccine, if the virus mutates (and could become more virulent) then this infection can go on spreading and killing with multiple peaks.

In short, this is the chart that speaks to cases where businesses are closed and people out of work much longer than expected, and where the recession takes hold and does some potentially real and lasting damage above and beyond what’s perhaps already priced in.

Again, let’s hope and pray that we don’t stop the social distancing prematurely and that our doctors and scientists get the vaccine for us sooner rather than later. 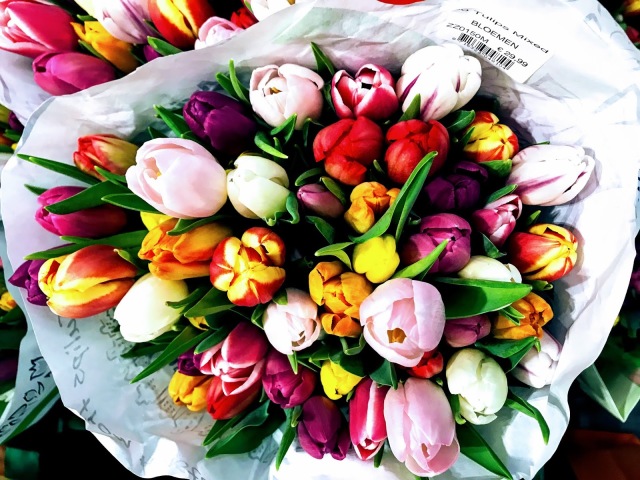 So I received an email last night from the teacher of my Ulpan class.

She was passing along a message from a wonderful man in class letting her and us know some terrible news.

His son suddenly and unexpectedly died at just 28-years old this past week.

He wrote about how tragedy like this impacts a person and family, and that obviously he didn’t know when he would be coming back to class.

The message from this man who had just prematurely lost his son in the prime of his life really hit me.

Life is so tenuous–where everything truly hangs in the balance by a thin thread.

You can think you are building a fortress of success where no one and nothing can touch you, hurt you.

But life has its own catapults, battering rams, siege towers, and explosive moments in store.

You can’t really plan for these things, and you are never ready when they happen.

Having to bury a child is not the normal way of the wold, and the pain of this is unimaginable.

A child is the culmination of all our efforts and represents the future, even while we are the past.

I am so sorry for what happened to my friend from class and I wish him my sincerest condolences and that no one should have to go through such tragedy any more.

So I spoke to someone who tried to commit suicide.

This is what they told me:

Basically, even though they were desperate and tried to kill themselves, their experience was not one of finding relief, but rather of going to Hell!

So while I really don’t know anything, this is what I imagine happens when you try to commit suicide.

Yes, there is no light–there is only darkness.

Yes, there is no Heaven.

But I don’t believe you go to Hell for being desperate, depressed, alone, and feeling like you have no other way out.

Instead, what I believe is that you “Go back to GO and you do not collect $200.”

In other words, you have to start the Game of Life all over again.

Since you didn’t complete your tests, trials, challenges, and mission…you go back to the beginning.

You have to relive your life and go through it all over again.

Who is to say, whether it is a better life or not.

Presumably, whatever lessons you were supposed to learn the first time around, you still have to complete those lessons.

So I would think you have to relive a lot of the same.

I don’t know about you, but one of the things I hate worst when things go wrong is to have to go back and redo what I’ve already done.

It seems so fruitless, such a waste of time and effort.

How is that for frustrating–working just to redo what you already did.

Perhaps that is quite the measured “punishment” for those who end their life prematurely–before G-d says it’s time.

While we frequently say things about wishing to be young again or do it all over again–I think rarely does someone mean having to go thru the same pain points again.

I assume it’s nice to live again, but it’s got to be a value-add life–not just a do-over!

So in my mind, while someone on the edge may not have a real choice in what they are doing and in making a decision to take their life–it’s probably not a purely rational moment in time–I do think that in so taking their life, they are not doing themselves any favors in the end.

Because, suicide isn’t game over, but rather the game begins all over–from the beginning again. 😉

(Note: I am not talking about assisted suicide here for someone who is at the end of life and in absolute pain and suffering and it is truly time to go–I am sure that is perfectly okay).