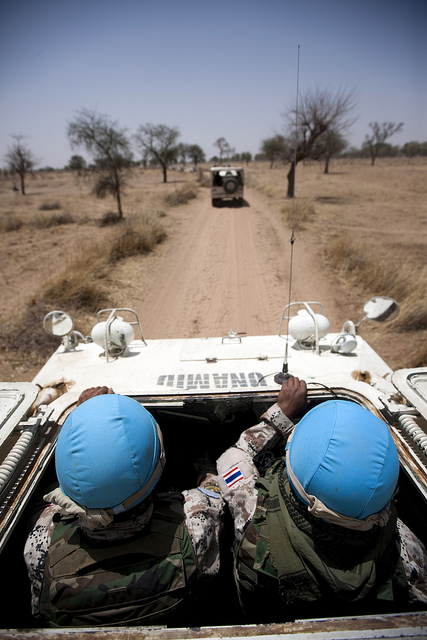 The United Nations Secretary once again today called out Israel for it’s “occupation that grinds into its 50th year.“

This builds on the other 2,342 times that the UN General Assembly has called out this “occupation” of land that Israel acquired when it’s neighbors (Egypt, Jordan, and Syria) went to war against it in 1967 (after the prior wars of annihilation against Israel in 1948 and 1956).

And yet as of June 2015, the UN Human Rights Council has condemned Israel 61 times–more than all other nations on this planet combined!

It’s not only UNjust and hypocritical, but underlying it is the core of anti-Semitism for this body that is supposed to be based on equal rights, self-determination, and universal peace.

Ultimately, it’s not an occupation that the UN is trying to deal with, but a preoccupation to deflect how wholly ineffective it is in every genuine major conflict in the world.

Here are just some examples of the gross inaction by the esteemed UN when it comes to these occupations/militarizations (again, just to name a few):

1) Russia in Georgia and Ukraine

2) China in the South China Sea

Moreover, just to put all this in perspective, where is the UN (or the prior League of Nations or other world leadership) when it comes to the hosts of genocides and ethnic cleansing estimates at below: (and this list doesn’t even include the horrifying death tolls from the countless unjust wars, dictatorships, political unrest, purges, repressions and slavery):

It seems like the United Nations, if in the habit of shameful occupation name-calling and prejudiced resolutions, has missed the boat on millions being slaughtered and occupied around the world.

Maybe it’s time for the UN to stop picking on the minority, Jewish people (.2% of the world’s population and with the Holy Land state the size of New Jersey), and start dealing with the real big problems in this world or maybe they just can’t handle that.