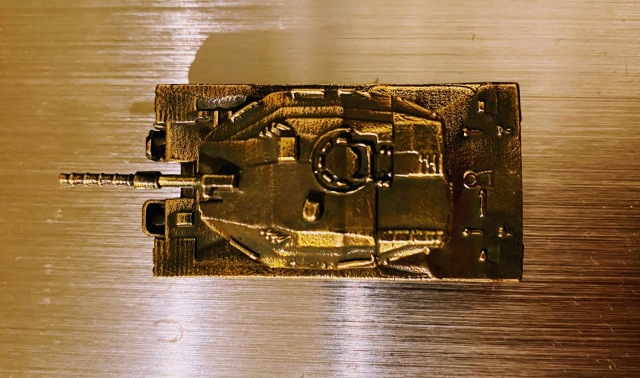 Please see my new article in The Times of Israel called, “A Vision of Jewish Strength.”

With the rebirth of the State of Israel came the rebirth of the Jew. No longer the Jew cowering in the face of pogroms, Inquisition, Crusades, persecution, expulsions, and the Holocaust. The new Jew, as epitomized by the brave men and women of IDF, would be remade in the image of Moses who led the Jews out of Egyptian slavery, and King David who vanquished our enemies in our land, as well as the Jews of Purim and Hanukah, who fought ever so valiantly and to victory against the great empires of Persia and Greece or for us, whoever rises against us as the modern day equivalent.

But as important to the new Jew as our physical survival is that of our spiritual wellbeing. The persecution of Jews over thousands of years was not just a physical attack, as horrible as it was, but also a spiritual, religious, and cultural one, where Jews were prohibited from learning Torah, worshiping, and practicing as Jews. Thus, the second point of criticality in having the State of Israel is that it provides for Jewish sovereignty and ensures “the Jew as actor, determiner of his or her own destiny.” The Jewish people to truly thrive must be able to express themselves through their own language and history, religiously and culturally, and practically through their own leadership and decision-making to forge their own future.

This is a cool video by the Defense Advanced Research Projects Agency (DARPA) on project Phoenix–which is a robot that can repair satellites in space and re-use components from retired satellites around it.

Phoenix can intercept, scavenge, and rebuild satellites in space–while orbiting above the Earth at 22,000 miles!

In the corner of the video, you can see progress being made in the lab, and in the main video frame you can see an animated version of how this would actually be put to use.

Like the fulfillment of a Terminator-like society, where machines can function with autonomy, eventually learning, self-healing, and even propagating.

I would imagine that these machines can help not only repurpose and recycle material in space to good use and fix things, but also they can clean up the space junk in orbit–similar to street sweeper trucks in Manhattan!

Eventually, these robots will travel to distance worlds–first Mars–to build human colonies and maintain them in inhospitable environments.

In mythology, Phoenix is a bird that regenerates and is reborn–in this case, this may be the beginning of the rebirth of human civilization throughout the galaxy. 😉

We’ve all had the feeling of being alone, abandoned, and feeling down and out.

As social animals, we crave being with others–even the biggest introverts out there have got to have social interaction.

Yet, others seem to adjust in a way to living alone, as long as they can reach out and get social interaction in other ways–family, friends, colleagues, classmates, at clubs, religious institutions, and more.

Being alone is torture.

The Wilson Quarterly (Spring 2012) in an article entitled “The Torture of Solitary,” by Stephanie E. Griest is about the purpose and effects of solitary confinement as rehabilitation and as a punishment.

Coming out of the Middle Ages, where physical torture was common–dungeons instead of jails, cages instead of cells, racks and rippers instead of rehabilitation and yard recess–the Philadelphia Quakers in the 18th century, had the idea that solitary confinement was humanitarian.

They believed that “what these prisoners needs…was a spiritual renovation. Give a man ample time and quiet space to reflect upon his misdeeds, and he will recover his bond with G-d.  He will grieve. He will repent. He will walk away a rehabilitated man.”

And so prisons (like the 1829 Eastern State Penitentiary in Philadelphia) were built with entirely isolated cellblocks and prisoners were engulfed in silence and aloneness.

Any rejection of the mental torture of isolation through any form of communication–such as pipe clanging or shouting through flushing toilet pipes–could lead to yet again physical tortures–such as “strapped inmates into chairs for days at a stretch, until their legs ballooned” or even putting their tongues in “iron gags.”

The article concludes from the effects of solitary that “the physical pain of these tortures–common in many prisons at the time-paled beside the mental anguish of solitude.”

From the horror-mangled looks on the faces of the prisoners, Dickens wrote: “I hold this slow and daily tampering with the mysteries of the brain, to be immeasurably worse than any torture of the body.”

I cannot imagine the pain and horror of these tortures by design–physical and mental. In all cases, the scars of the flesh and soul are probably indescribable and outright haunting to even the imagination.

Eventually the horrible effects of solitary and the high-cost of prison cells housing individual inmates, resulted in Eastern State Penitentiary being converted into a museum in 1971 with the “The crucible of good intention” finally shuttered.

From the Supreme Court, Justice Samuel Miller, we read:

“A considerable number of prisoners fell, even after a short confinement, into a semi-fatuous condition from which it was next to impossible to arouse them, and others became violently insane; others, still committed suicide; while those who stood the ordeal better were not generally reformed, and in most cases did not recover sufficient mental activity to be of any subsequent service to the community.”

“In 1980, the U.S. Supreme Court nearlydeclared the punishment unconstitutional;” it is now used mostly for “short-term punishment for exceedingly bad behavior.”

Currently, there are more than 60 prisons across the country with solitary cells housing up to 25,000 prisoners.

This is a puzzle–what do you do with offenders that are too dangerous to be with others, but as human beings too fragile to be alone?

What is striking to me is how something as “simple” as putting someone by themselves and incommunicado can drive them literally nuts!

Almost like we cannot bear to be by ourselves–what is it about ourselves that we must turn away from, be distracted from, and causes such inner horror?

Our minds and bodies need to be active to be healthy, this includes being social–being alone and bored in solitary has been shown to cause people to hallucinate, go insane, and even kill themselves.

Yet still people recoil from other people–emotionally, they may be turned off or nauseated by them; physically, they may fight, separate, or divorce and end up for a time by themselves again–people make the decision that it is better to cut your familiar loses, then go down with a ship filled with corrosive and abusive others.

I imagine Buddhists meditating in the mountains or in an open field–alone and yet at peace–but this is self-imposed and temporary and more like a “time out” in life.

Then I see humans languishing in dungeons and in solitary confinement–physically and mentally tortured–they scream out in the void–and I see G-d reaching out to finally take them from their immense suffering to be reborn and try their lives again.

We are living in a material world, and I am a material girl.” — Madonna

For some people, like Madonna, the “material world” represents a society where people must pay to get their way. To me it means the mortal world, where we are born, live, try to thrive and ultimately pass the baton to others.

Mortality isn’t limited to human beings, but is also a property of organizations. Several articles have appeared about it lately in mainstream and IT publications. Industry analysts are looking to Microsoft and Google and wondering how they, like other technology organizations, will master the competency of, as Computerworld puts it, “Getting to next.”

A curious irony runs throughout these conversations. Microsoft and Google are seemingly on top of their respective games, dominating the market and earning tens of billions in revenue per year. Despite being at the pinnacle of the technology industry, various industry watchers have noticed, they appear unable to see what’s the next rung on their ladder. It’s almost like they’re dumbfounded that nobody has placed it in front of them.

Consider, for example, that Microsoft dominates desktop operating systems, with approximately a 90 percent share of the market, business productivity suites at 80 percent and browser software at 60 percent. Google similarly dominates Internet search at about 64 percent.

Everyone is asking: Why can’t these companies find their next great act? Microsoft launched the Kin and dropped it after less than two months; Bing has a fraction of Google’s market share in search; and Windows Mobile never became a major player as an operating system. Further, as The Wall Street Journal pointed out, the Xbox video game system, though finally profitable, Microsoft will likely never recoup the initial investment in research and development.

Similarly Google gambled by acquiring the ad network DoubleClick in 2007 for $3.1 billion, YouTube in 2006 for $1.6 billion and the mobile ad platform AdMob in 2009 for $750 million. But so far, as Fortune noted, Google hasn’t seen significant benefit from these purchases in terms of diversifying its revenue stream. “The day is coming when … the activity known as ‘Googling’ no longer will be at the center of our online lives. Then what?” said The Wall Street Journal.

From the perspective of organizational behavior, there’s a natural law at work here that explains why these resource-rich companies, which have the brains and brawn to repeatedly reinvent themselves, are in apparent decline. All organizations, like all people and natural organisms, have a natural life cycle — birth, growth, maturity, decline and death.

To stay competitive and on top of our game, we constantly must plan our strategy and tactics to move into the future. However, organizations, like people, are mortal. Some challenges are part of life’s natural ups and downs. Others tell us we are in a decline that cannot be reversed. At that point, the organization must make decisions that are consonant with the reality of its situation, salvage what it can and return to the shareholders what it can’t.

In other words, eventually every organism will cease to exist in its current form. During its life cycle, it can reinvent itself like IBM did in the 1990s. And when reinvention is no longer an option, it goes the way of Polaroid.

This is similar to technology itself. As a new technology emerges, time and effort is spent further developing it to full capacity. We optimize and integrate it into our lives and fix it when it’s broken. But there comes a time when horses and buggies are no longer needed, and it’s time to face the facts and move on to cars — and one day, who knows, space scooters?

Going back full circle to the human analogy: People can reinvent themselves by going back to school, changing careers, perhaps remarrying and so on. But eventually we all go gray. And that’s fine; that’s the way it should be. Let’s reinvent ourselves while we can. And when we can’t, let’s accept our mortality graciously and be joyful for the great things that we have done.